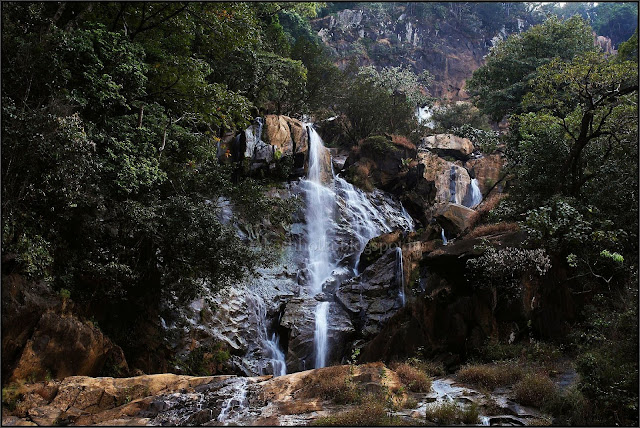 We ate breakfast enjoyed every sip and aroma of our coffee even our conversations were deeper. We all took our time that morning because we were about to face challenge, exploring the majestic Kallare Falls. 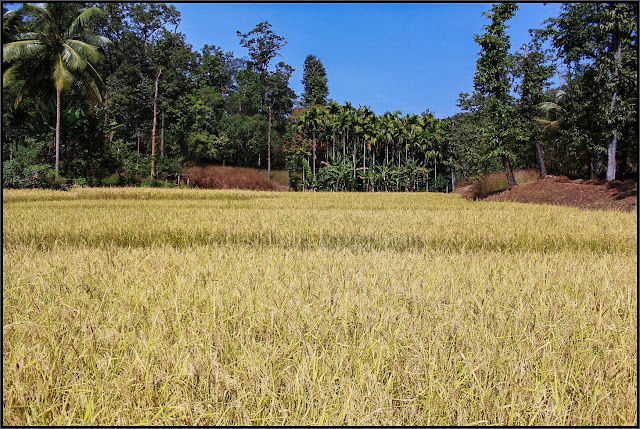 We set out on the roads to feel the mountain wind in hair spent most of the drive in silence completely overwhelmed by the beauty around us. It was a breathtaking drive after long ride we finally reached the village we reached the Gaddehall village at the heart of the Western Ghats, it was such an amazing experience to get a glimpse of the people’s lives there, the kids and the elders were some of the warmest people ever met. 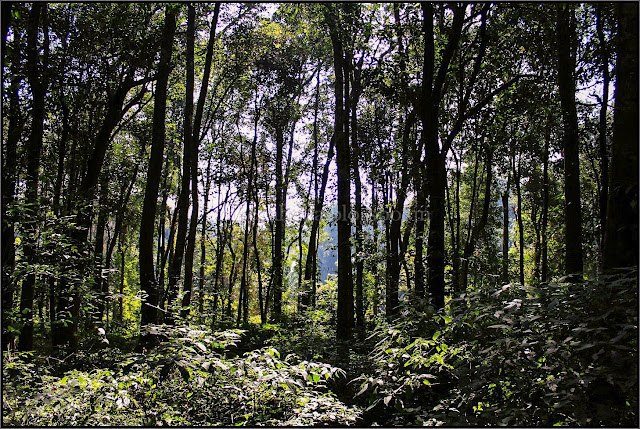 Then we started to walk through narrow village roads and crossed beautiful vast paddy fields left us speechless. I’ve never imagined that mornings in Gaddehall village could be this beautiful. After walking for a bit we entered forest zone. It was so green and lush and I could hear a small creek nearby. This forests are kind of magical local villagers believe this and I think I’ve become a believer too. The way the sun hits the tree tops, the leaves, and the stream, if it is not magical, I don’t know what is.

After 30 minutes trek the trail reached to top of a nice little waterfalls. It was a small waterfall with a vast pond. We freshened up ourselves and spent enough time on that serene place. 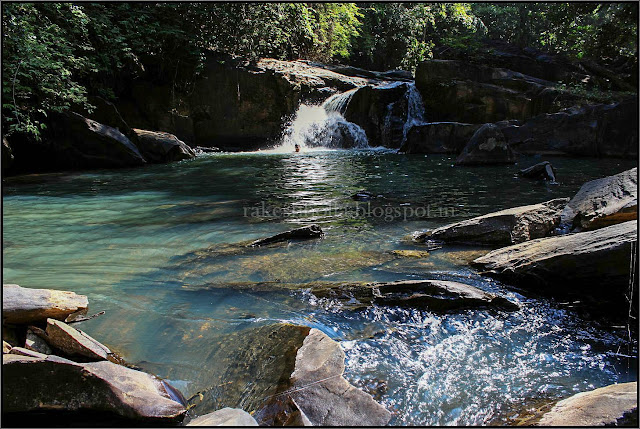 We carried on our adventure, I had No idea how many pools and cascades we were traversing and climbing, I honestly felt like I was in a constant state of awestruck. Each area was different every part had its own challenge and some parts were actually technically challenging. 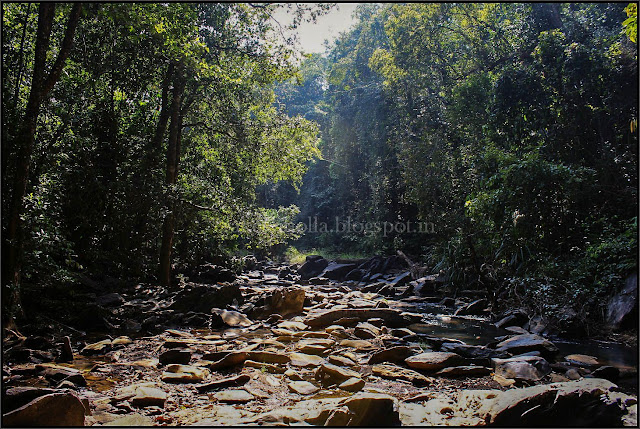 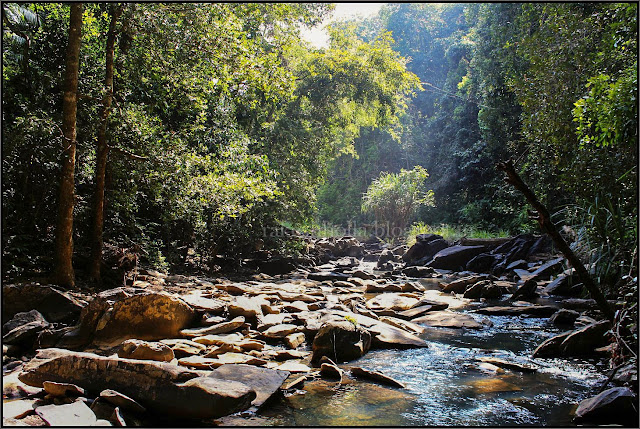 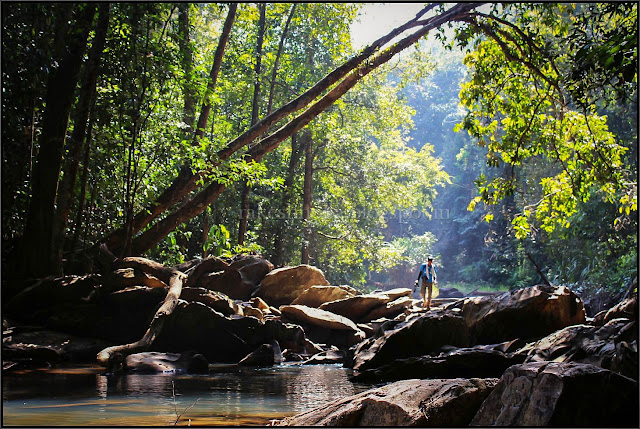 We came across the massive boulders and small small waterfalls across the upper stream walk, at one point it was almost 70 feet down, we reckon. Cool and refreshing water flows down like a fast-creeping carpet from there we took a different rocky and mossy trail to get further down. Kallre top followed by an exhilarating trek but what waited at the end of it was a sight for soar eyes! 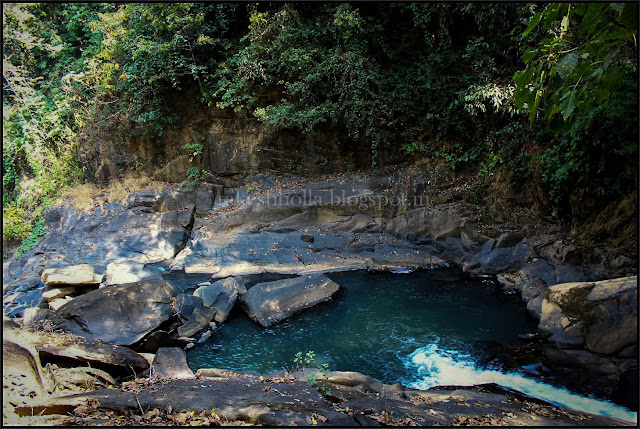 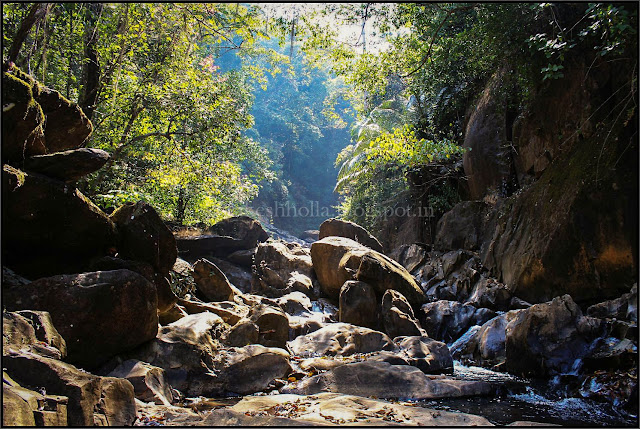 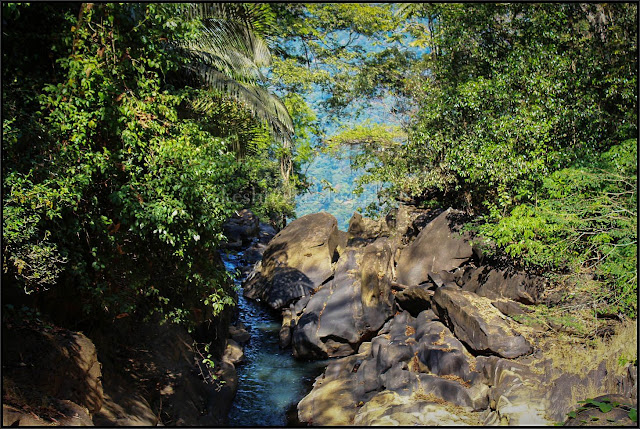 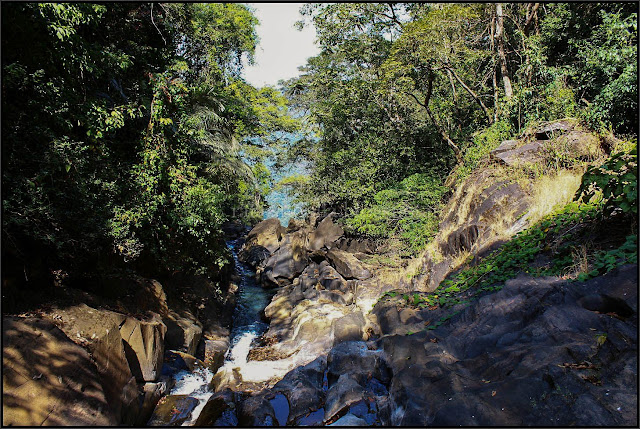 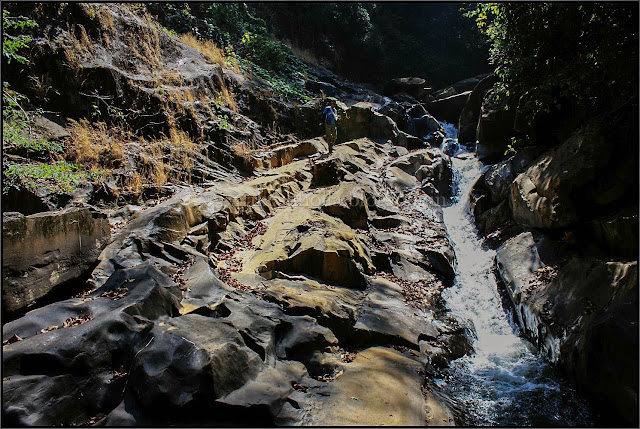 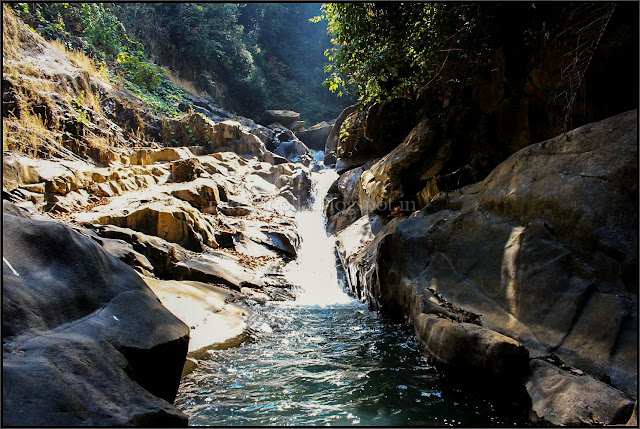 Abundant earth colors splashed all over, distinct forest scent and refreshing cool breeze stole all the weariness. The gorgeous large pools below the cascades and tons of bedrocks made it a beautiful place. The height and the inclined rock can sometimes scare the hell out of you. But I just put in my mind that I’ve actually waited for this moment to happen, so it was time for the adventurous side to turn on. 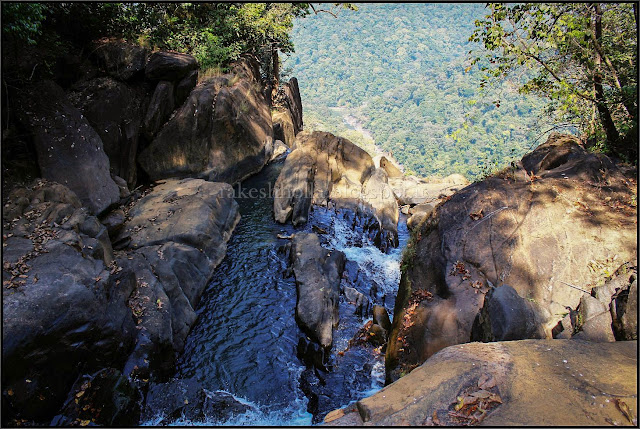 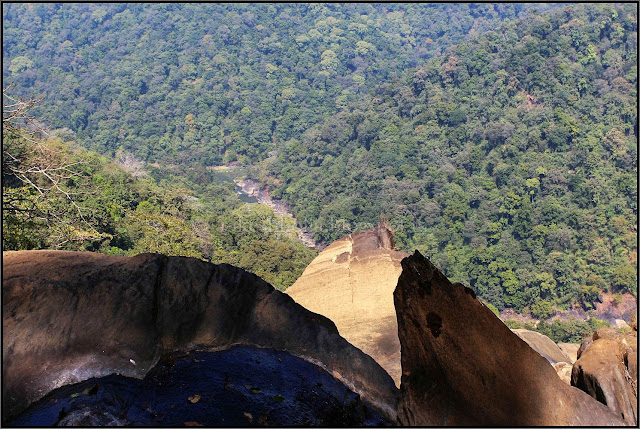 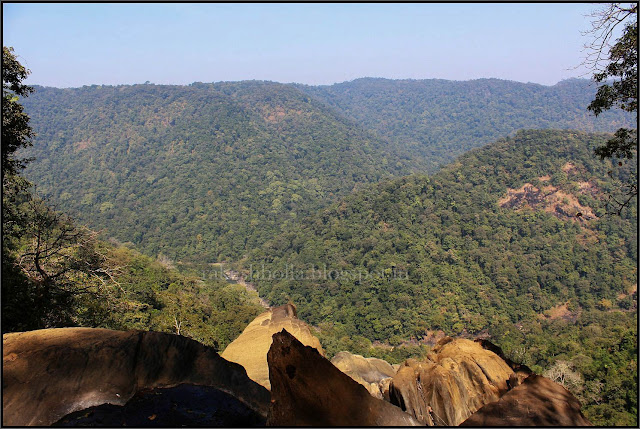 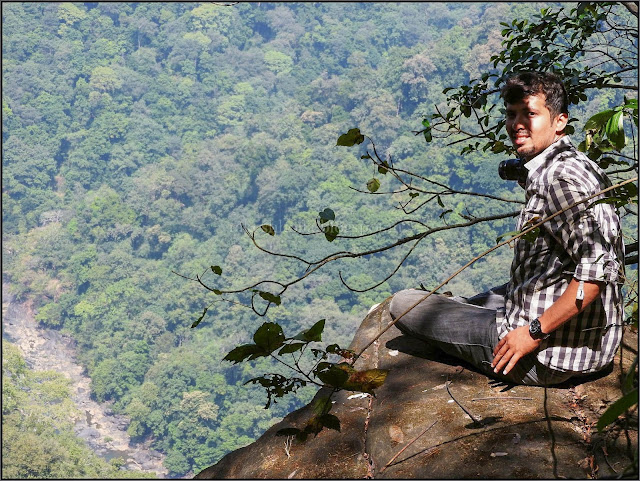 After the top, the next part of the hike was actually easier as the trail was more relaxed filled with grassland hills and slopes. This is the part where I really enjoyed the most. The sceneries were just amazing, it was so beautiful that I was beginning to let go of exhaustion that the first phase of the climb has caused me. 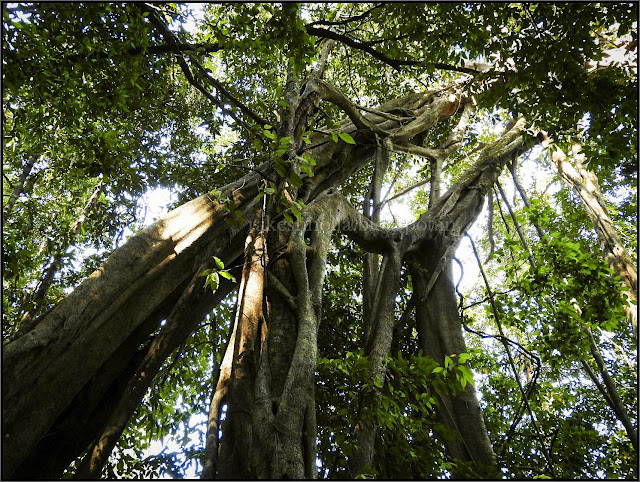 We then trekked down going to the village and then hike going up to a ridge, we continued following a village trail but soon it was time to take a diversion and go off-trail, a point where we faced another exhausting walk down to a valley where Kallare Falls is located. 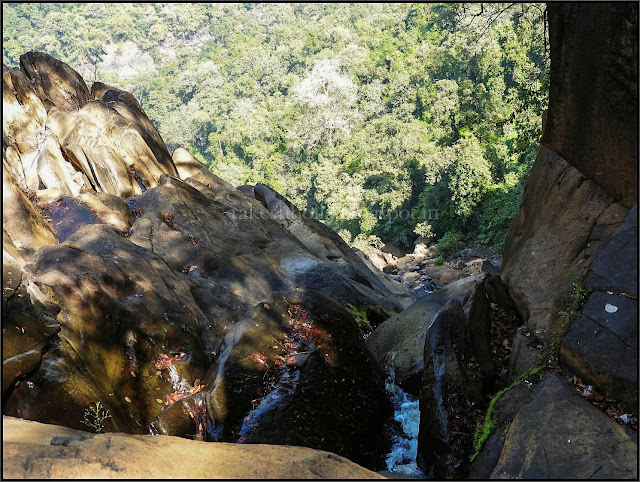 One of the hardest things about trekking down a steep slope of staircases and uneven pieces of rocks and soil is straining knees. Once we reached the ridge or the point before going down to the falls, we rested for a while before we start deep descend to the fall. Finally we made way ourselves to reach base of the falls and after tiring hike. 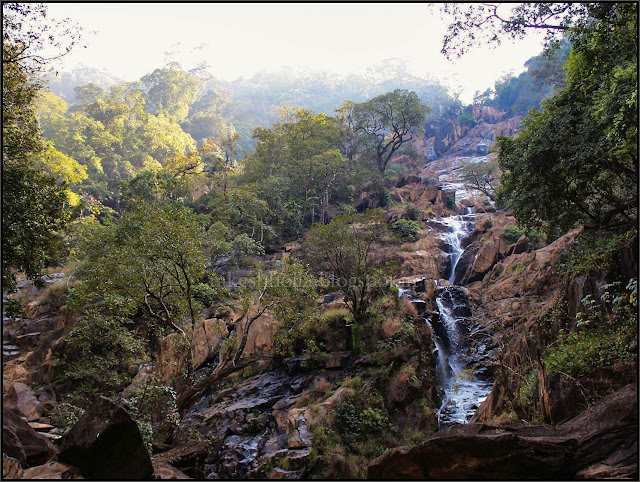 The moment my eyes witness the waterfall spiraling down a cliff of around a hundred meters I knew we hit a jackpot of an unspoiled waterfall that very few people at that time experienced. It is a classic plunge type that beautifully pummel down in a huge rock as if eagerly waiting for its embrace. If I am not a mistaken a lovers myth can easily be told between the two because I am just amaze of how the rock perfectly placed to receive the flow of Kallare Falls. 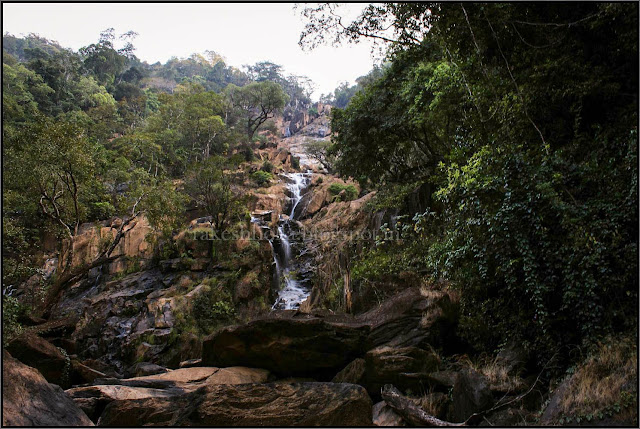 The best thing about this waterfall, it is secluded and still unspoiled. No connection and mobile phone signal, so people actually interact, talk and bond. If you’re looking for a place to just unplug from the city life, well Kallare is definitely for you. It has this majestic appeal that leaves you breathless by its beauty. 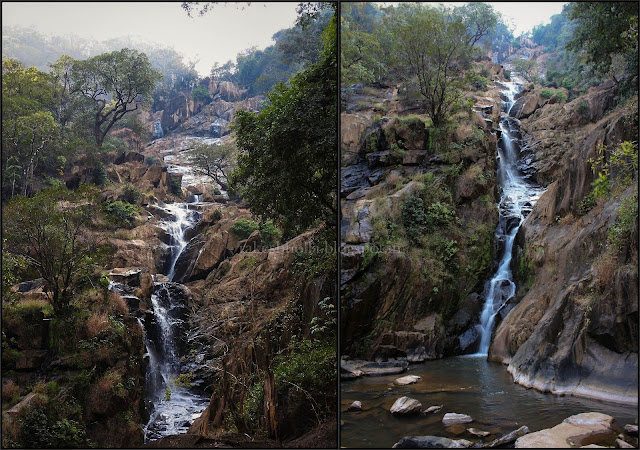 For me this life is way better instead of staying in the city and doing the same routine each day the physical pain, struggle and adventure makes me better and in a world full of wordily things, going to waterfalls makes me feel more alive. 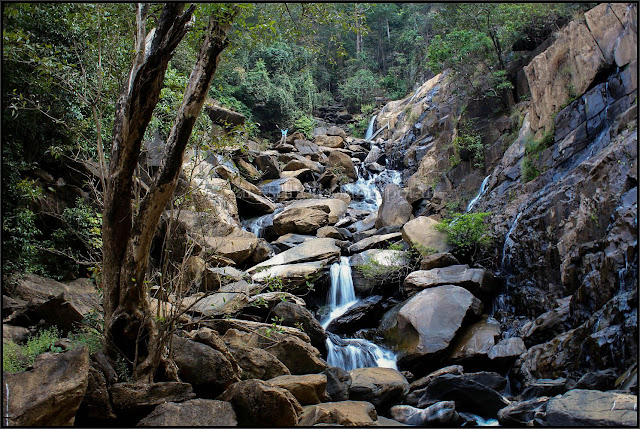 Once we finished the food we decided to explore more waterfalls. There are numerous waterfalls in different directions. The large trees piled up about 3 times my height showed the power o this stream. I could hear lots of rushing water; of course I had to investigate. It was a beautiful setting on little creek. We have seen several snakes along the trail, most of which are completely harmless.

Rounding the bend, on top of the first waterfall, we followed a shallow stream that is bordered by tall, forest-covered unclimbable cliffs, a wild roaring part of the stream where the current was considerably strong. In these noisy canyons our real adventure began. 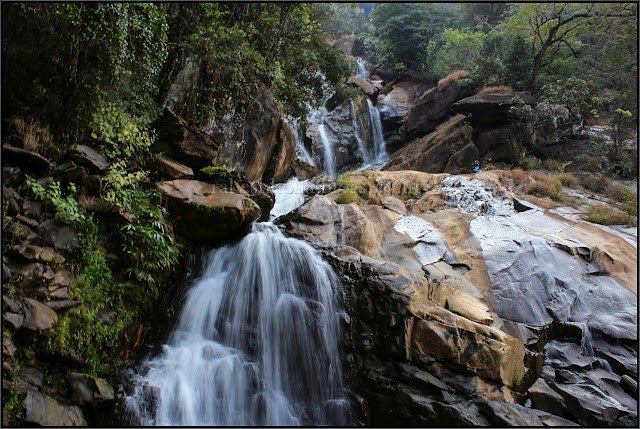 I knew there is hidden paradise here on Earth. The water falling on the side is like a curtain trying to limit your sight of the beauty which lies beyond that water. And on the center is the roaring plunge waterfall making a statement of power. There is so many rewarding things to do hear one of my favorite is floating in the water and admiring the vegetation & beautiful rock formation above me while keeping watch of the graceful flow of water towards me. Above that waterfall is an untold beauty waiting to be explored and the rainbow which appears late in the afternoon will put you in a picture frenzy. 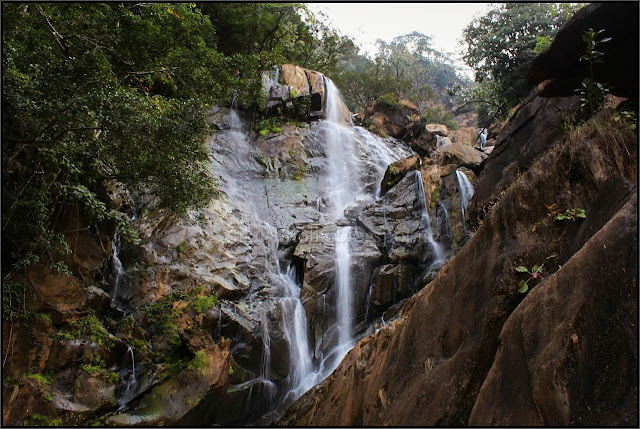 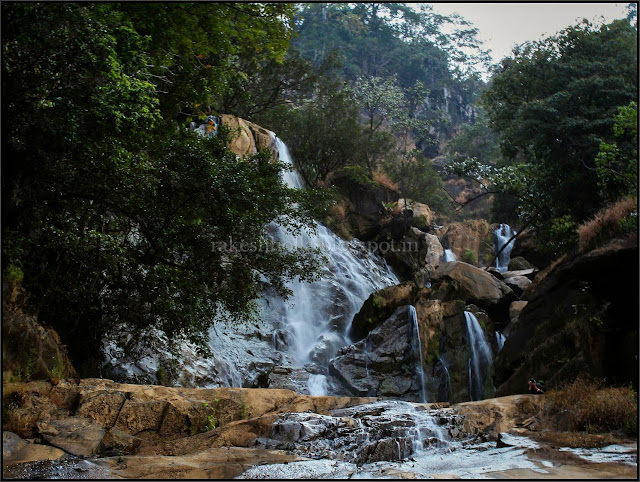 The beautiful green foliage around made the spot surreal and perfect as well for a creative shot. Ultimately, it was an another beautiful experience for all of us waterfall chasers which fuels our aspiration more in search of such spectacles in nature. The water glows from an emerald to sapphire hue depending on where you are standing. This phenomenon probably made possible by the minerals in the water or the rock which surrounds the Waterfall. I surely have no way of explaining such beautiful occurrence in nature. 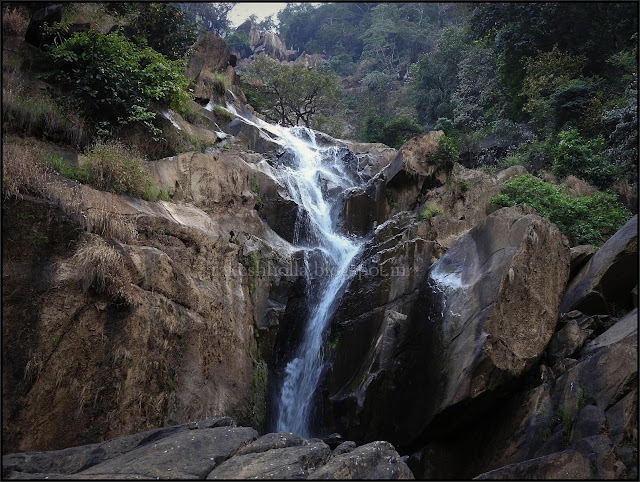 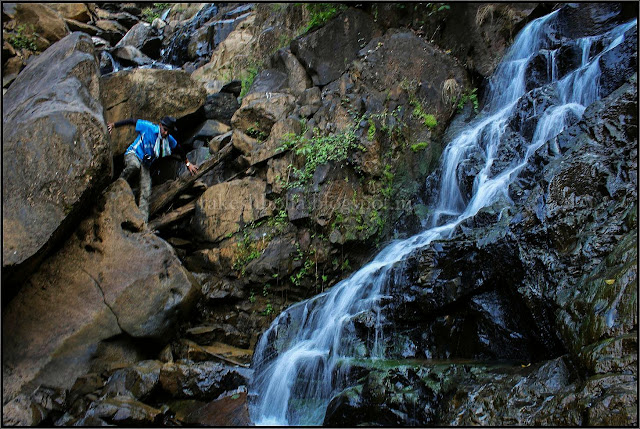 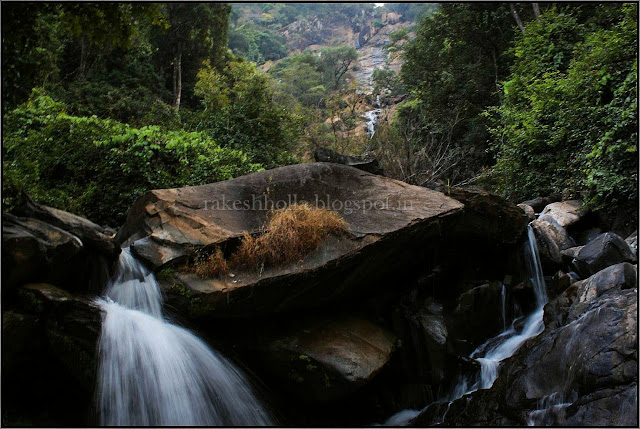 That moment was worth it. And it reminds me that in life, there are times when we are willing to go through hell because we know it’s worth it, that we know in the end everything is going to be alright.  Damn, this made me think of how deep and profound my learning’s and realizations through travelling. That’s why I truly believe that we all must travel; we must find a way to travel. It was around 5 PM when we all started to climb back to the village. 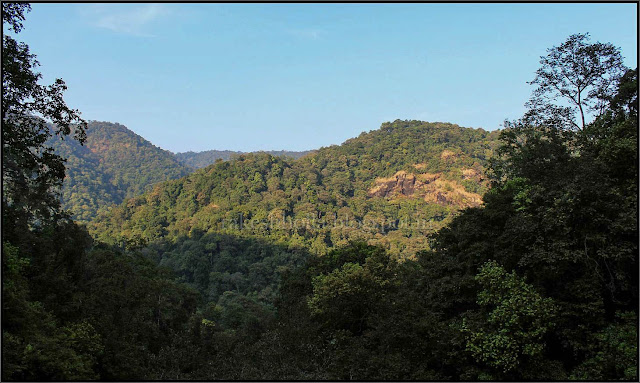