Abalur :Epitome of the Shaivism 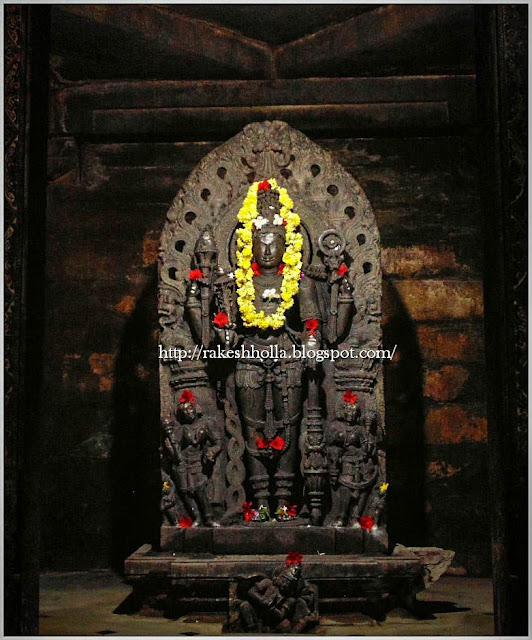 Abalur was a large town in ancient period, is situated at a distance of 4 km from Hirekerur tq Haveri. From early times, it was known as a famous centre of Jainism. However, its influence started waning from the 12th century A.D. When a proponent of Shaivism named Ekantada Ramaiah stood up against the Jains, the legend has it that, he cut off his own head during a religious disputation with the Jains and was brought back to life by Lord Shiva himself. The incidence is narrated by an inscription of 1200 A.D. found at the Someshwara temple. 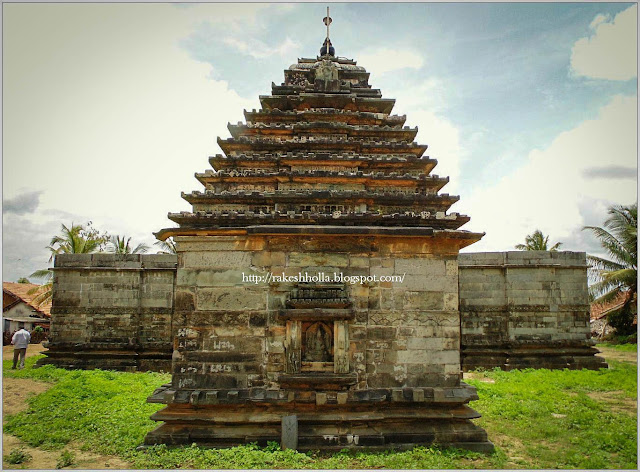 The same inscription mentions by name a few other Shivasharanas as well The Brahmeshwara (Basaveshvara) and Someshwara temples earned glory on account of the miracle performed by Ekantada Ramaiah. The Brahmeshwara temple is a simple stone structure in the Chalukyan style. The stone inscription found on the right wall of the Someshwara temple, records that subsequent to the above cited miracle, a local officer named Sanka Gavunda offered armed resistance against the breaking up of the Basadi but was thwarted. Thereafter, Ekantada Ramaiah is said to have restored the structure and converted it into a Shaiva temple. This incident is depicted through sculptures. 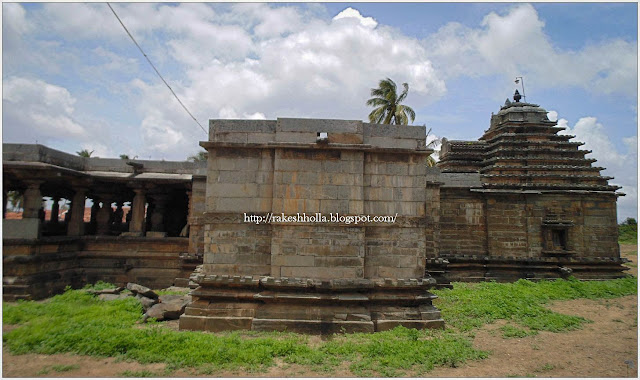 The Someshwara temple at Abalur is a triple-shrine (trikutachala) structure. The Garbhagriha, Ardhamantapa and parts of Navaranga of this temple are believed to have been constructed by Ekantada Ramaiah, while the other parts of the temple, including the two other Garbhagrihas, appear to have been subsequent additions. There is a common Antarala immediately adjoining the three Garbhagrihas, and there is an open ardhamantapa and a mukhamantapa in the front having Kakshasana. 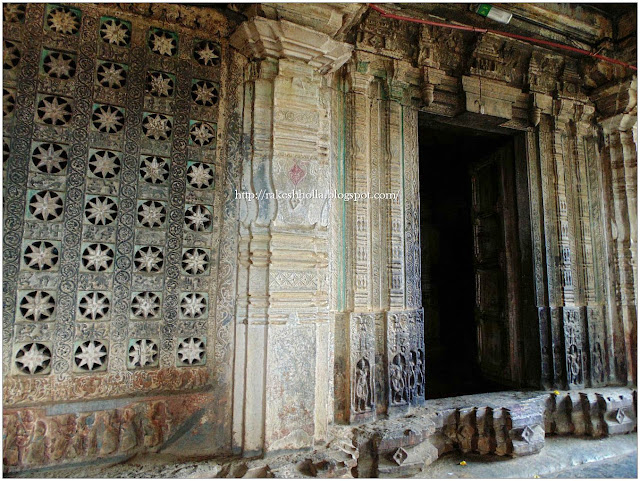 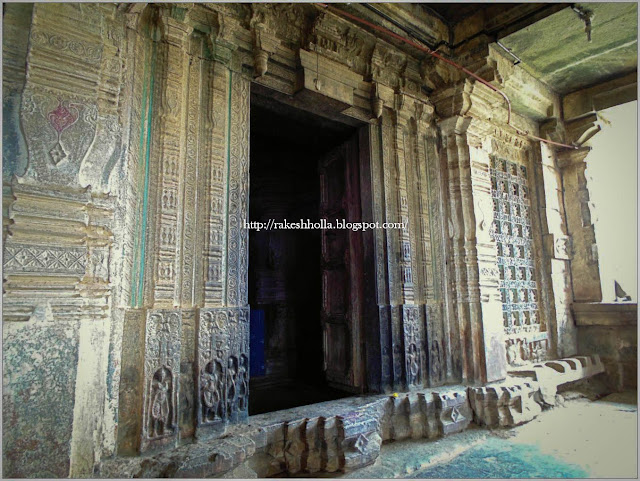 The miracles said to have been performed by Ekantada Ramaiah are seen carved on the walls of the temple along with labelled inscriptions furnishing their details. On the right portion of the gateway is a sculpture showing Sankagavunda handing over a document to Ekantada Ramaiah and another sculpture depicting the breaking up of the Jina image and the consecration of the Shivalinga by the latter. 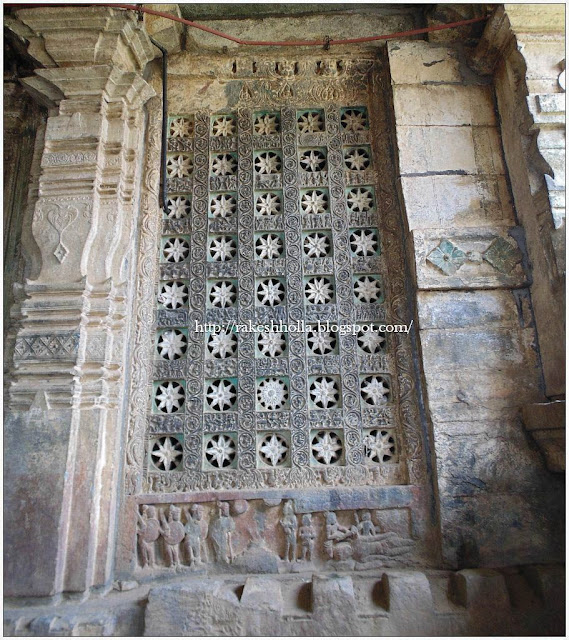 Other prominent early sculptures show Shiva receiving a piece of cloth from the hands of Jedara Dasimaiah, Shiva performing a dance before potter Gundaiah, and Siriyala. These are believed to be some of the most ancient sculptures of Shivasharanas and epigraphically references about this legend has it that the celebrated poet-philosopher Sarvajna resided at Abalur. 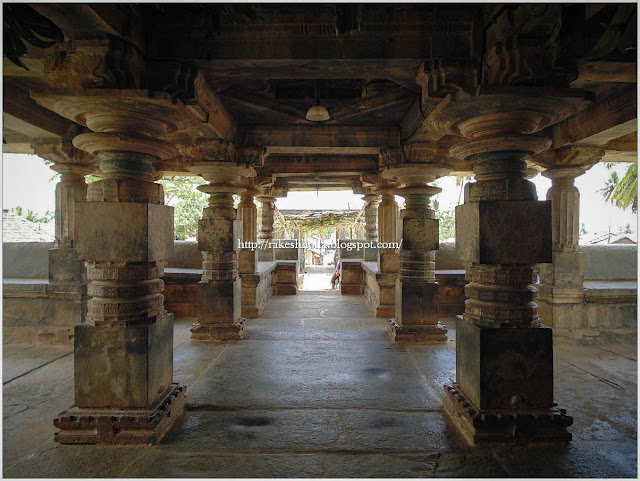 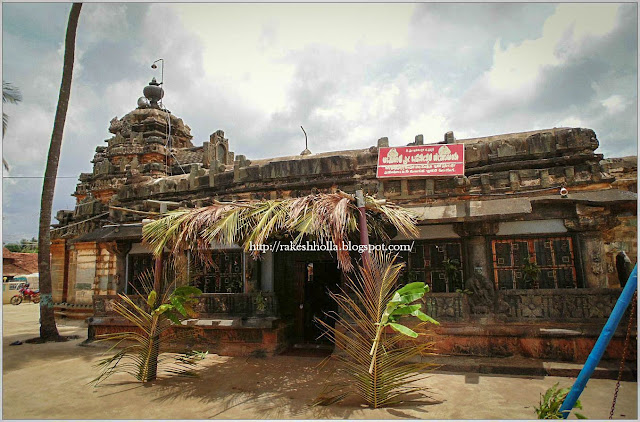 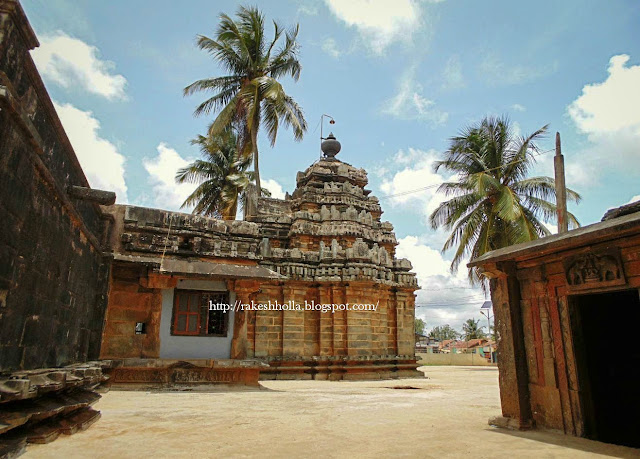 Another famous typical Trikuta Brahmeshwara temple is situated near bus stand, the grand idol of Nandi in the Brahmeshwara temple was originally known as Abaluru Basavanna. A fair called Basavanna jatra is held annually. The interior is equality beautiful; there are three Garbhagrihas at the west, south and north with a common Navaranga. 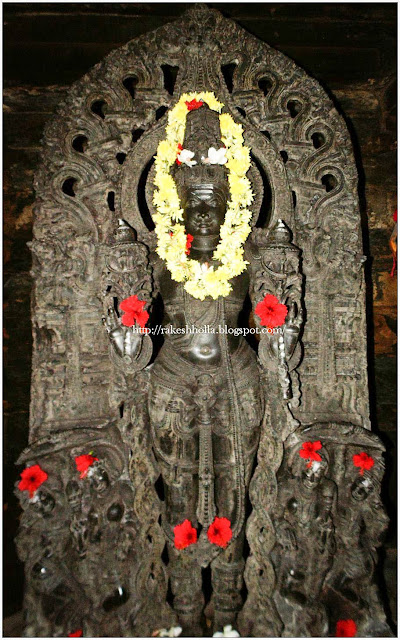 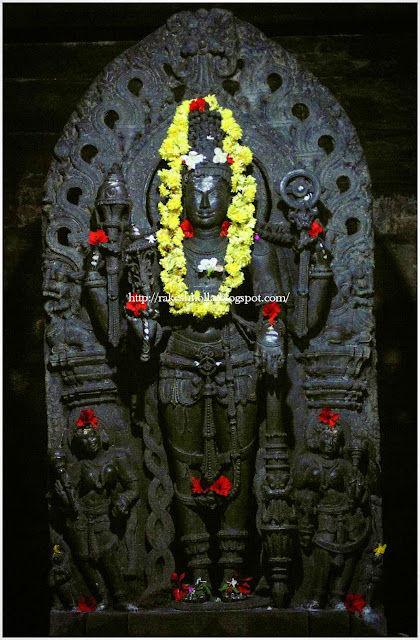 The doorways of Garbhagrihas are delicately carved. The Navaranga has beautifully carved Brahma, Durga and Gansha idols.The three Garbhagrihas had Shiva, Vishnu and Surya sculptures of excellent craftsmanship. A magnificent two-armed idol of Surya is found behind this big Basavanna sculpture. 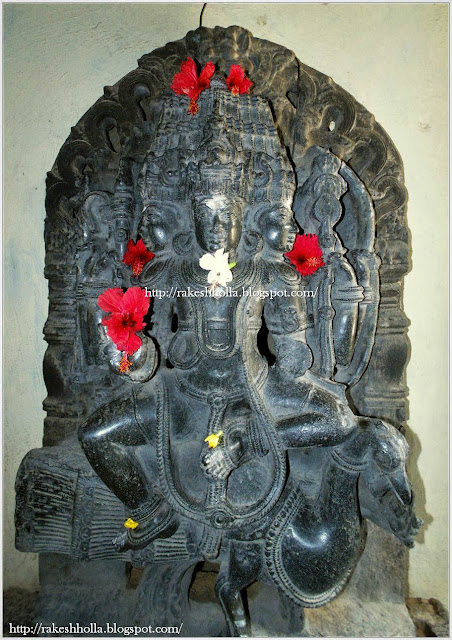 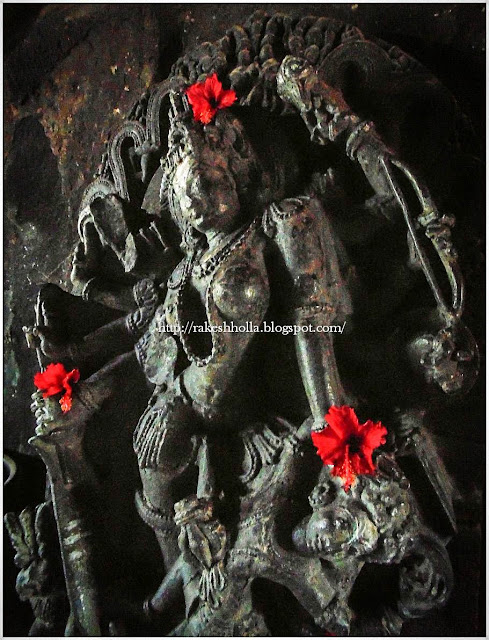 Besides there is a Saraswathi temple adjacent to this Brahmeshwara temple. 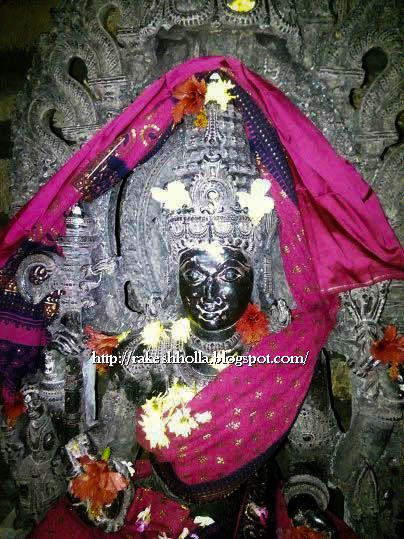 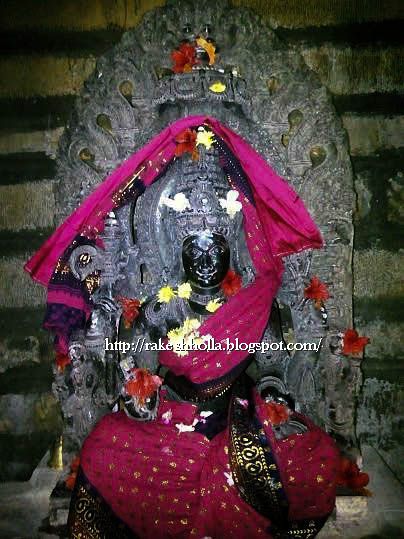