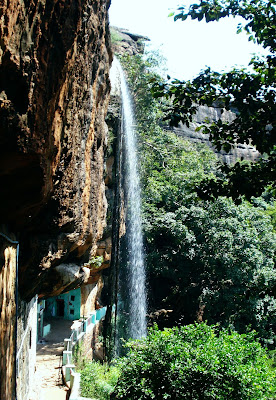 After long tiring weeks of work we planned a trek to badami though i had visited this place this time it was with my cousins as planned we first went to Mhakuta where we visited goddess Mahakuteshwara temple later we went to Huligemmandevi kolla waterfalls, as like many falls which I have seen I had imagined it to be a very big fall after good rains, 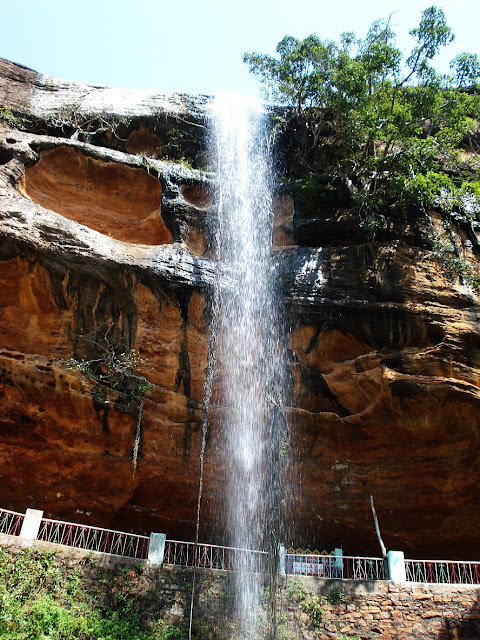 but when we reached this place I was in for a big surprise though it was a Big waterfall with enough water it was falling from a glorious height water spraying from almost 300ft surrounded by red rocky mountains it was a different kind of pleasure watching this very different from any other falls seen till now, one more amazing thing was we could go behind the fall it was like a screen a sheet of water covering with a small temple and a large cave to be screened by pearls like a curtain an amazing splendid view! 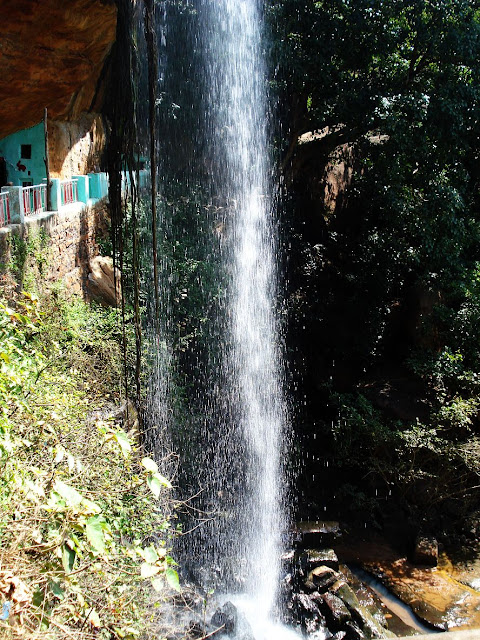 Right time to visit this place is from august - November, a cool dip in this herbal water is an added pleasure, 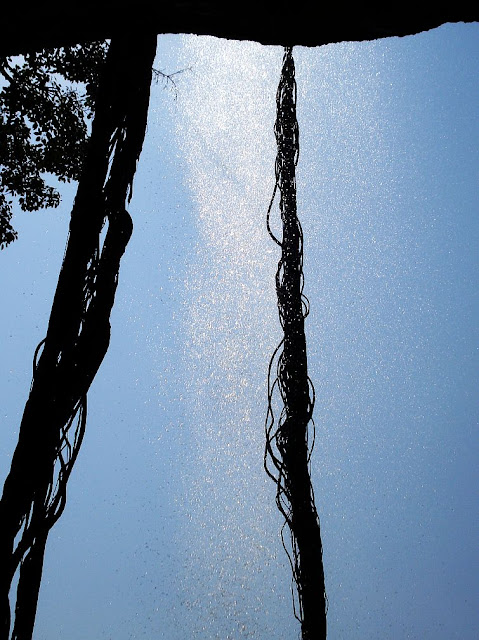 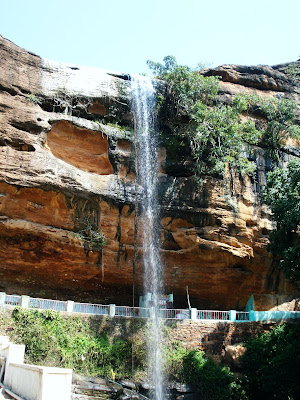 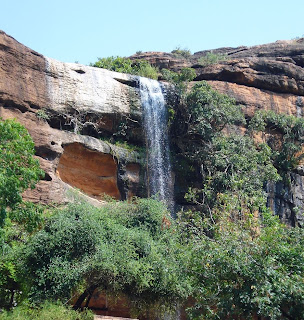 Later we visited Pattadakallu temple which contains a group of 10 major temples surrounded by minor shriners & plinths each depicting the architecture of the Chalukyas of Kalyani. Overall a pleasurable trip with a unique waterfall to add to our experience. 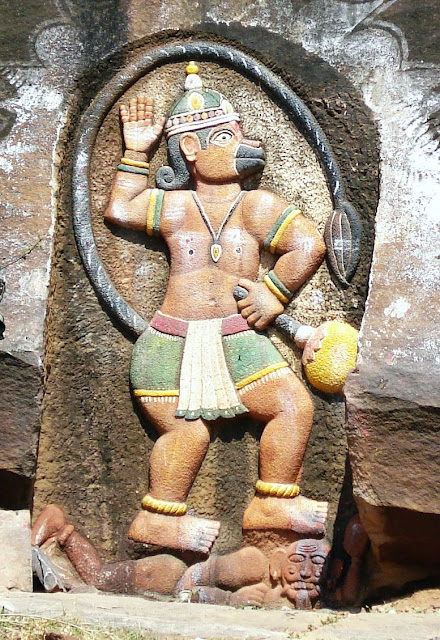 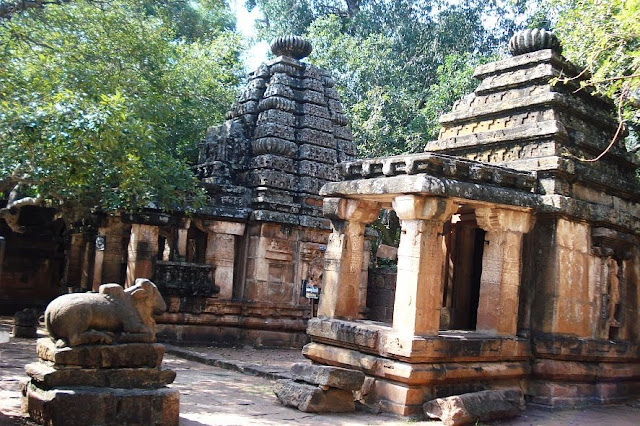 My first visit was to the famous Mahakuta temple which is surrounded by hills and cool atmosphere, located 14 kms away from Badami, in Bagalkot District.This place is famous for the Mahakuteshwara Temple, the temple dedicated to Shiva. 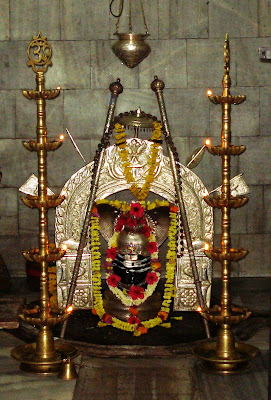 It was built in the Dravidian style, In the courtyard, there are 15 small temples with intricate sculptures. The temples, built by Chalukyan dynasty, are dated to the 6th or 7th century. This place is often called Dakshina Kasi because of its religious importance. Mahakuta was once a great center of shaiva cult. Now only in one temple poojas are performed.Here,the principle temple is devoted to Shiva of Mahakuta, or Mahakuteshwara, and another to Mallikarjuna - another aspect of Shiva. 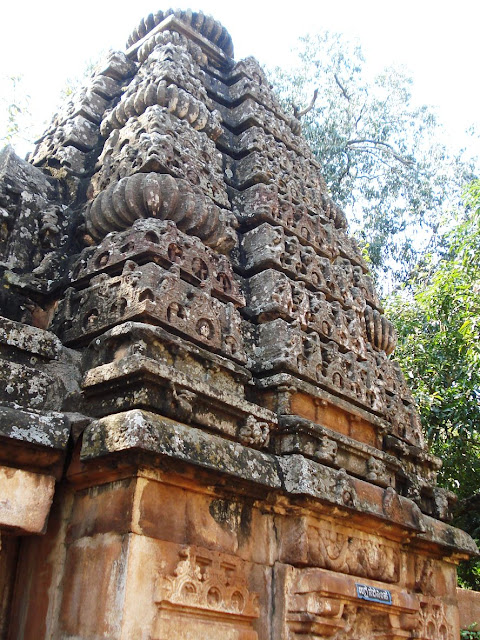 There is also a natural spring pond called Vishnu Pushkarni near the Mahakuta temple. This restored temple complex of about two dozen Shrines dedicated to Shiva, is built around a large spring-fed tank which is within an enclosed wall. On the old gateway to the south-east, one can see figures of Bhairava and Chamunda. 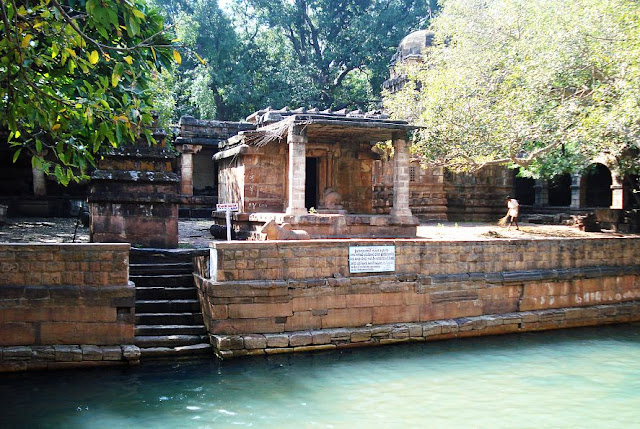 There is a Lingam in the sanctum, surmounted by a storeyed tower with an octagonal domed roof. The best carvings can be seen on the basement frieze, which has fine scroll work and figures from the epics. In the wall niches one can see large figures of Shiva, including that of Shiva as Ardhanarisvara (half man and half woman). 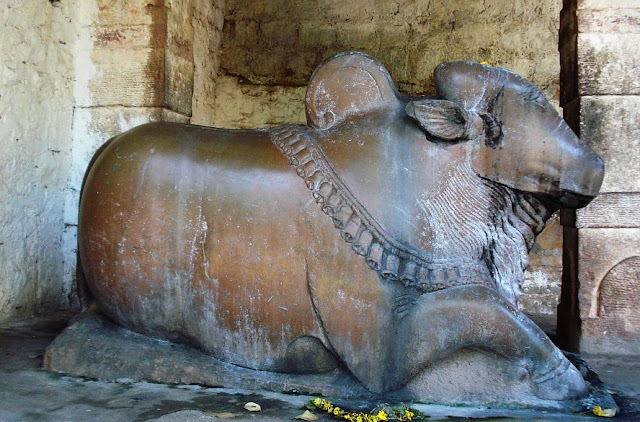 On the other side of the tank one comes across the Mallikarjuna Temple which has a similar structure. It has fine specimen of carvings at the entrance and on the ceiling of the columned Mandap inside, depicting Hindu Gods and Goddesses and Mithuna Couples (couples in love). 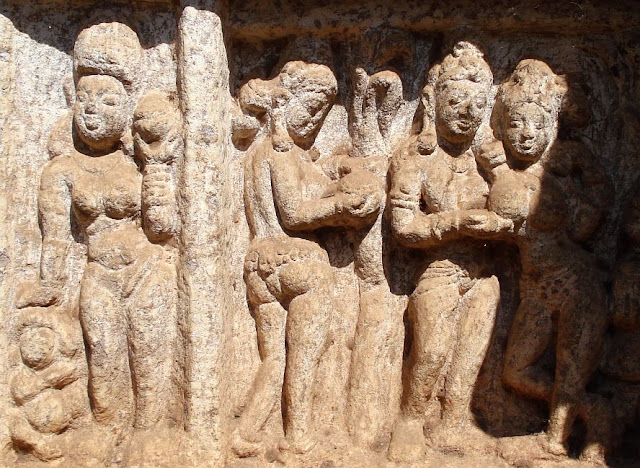 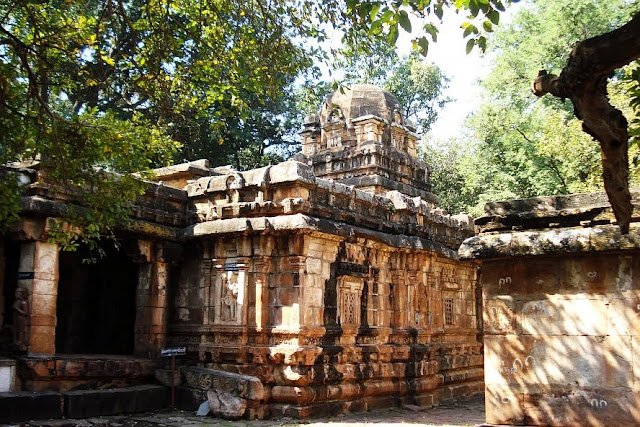 Inside the enclosure, there are various smaller shrines, with fine wall carvings of Shiva with Parvati, Brahma and flying couples with lotuses. This is a worth visiting place.
Posted by Rakesh Holla at 1:06:00 PM 4 comments: 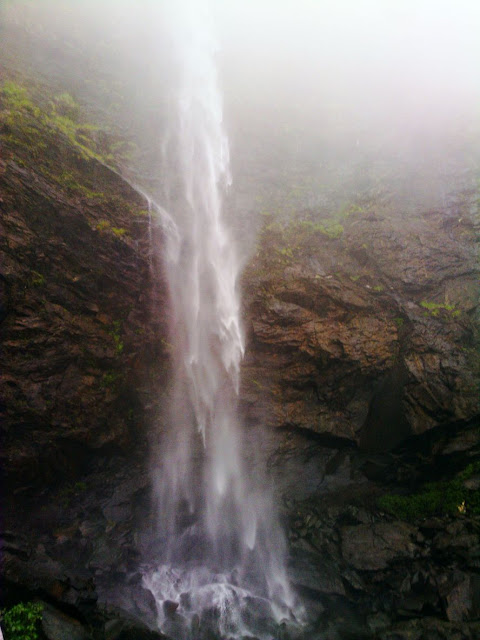 It was raining and it was green and mist all over. The places like Kollur-Agumbe were heaven when it rains.. Numerous twisties for the pleasure of riding we reached this village. Belkal teertha is About 50 km from Udupi, located deep in the Western Ghats . 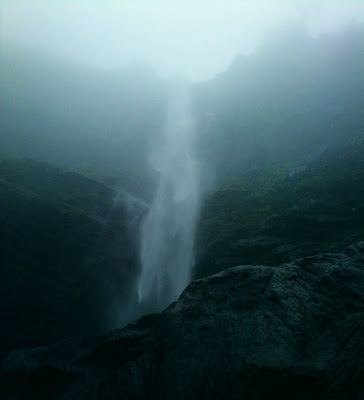 we had this 2 hour hard trekking we were in the heaven...the trek path has a dead end wherever find tall & green mountains all around.. ..And this lengthy white water making a spectacular fall piercing the green mountain, The splash of water particles all over your face, hmm….didn't feel like leaving that place. 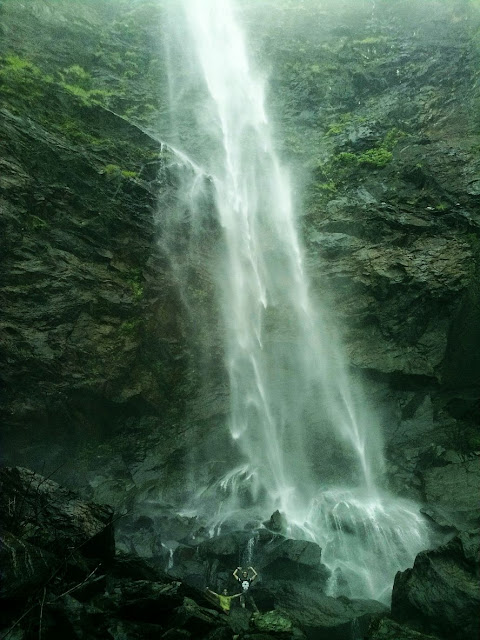 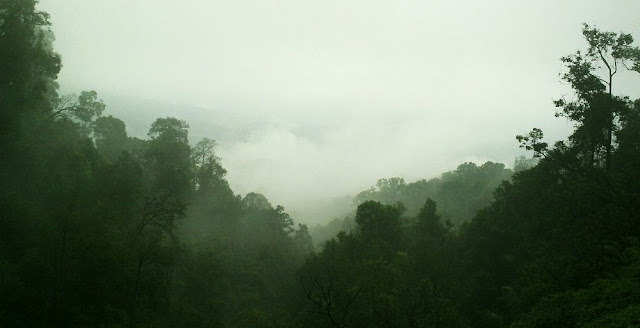 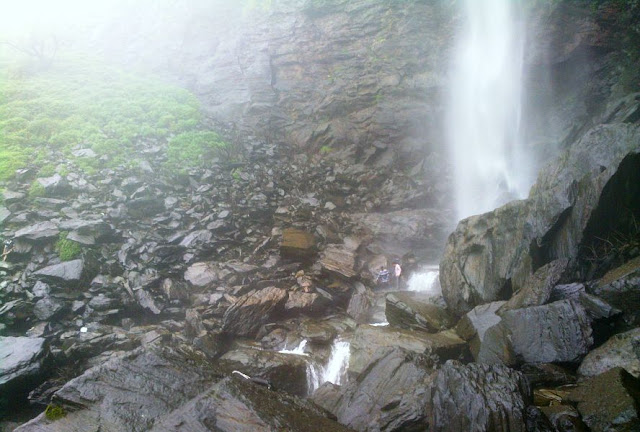