Hangal is 35km frmo the district headquarters Haveri. .It is on the left bank of the Dharma River, and has ruins of some fortification on the river bank; the town has a huge lake near Billeshwara temple called Anekere.  Hangal was the capital of Hangal Kadambas feudatories of the Kalyani Chalukya. It is mentioned as Panungal in early records and identified by tradition with Viratanagara of Mahabharata days. The town has a huge Tarakeshwara temple. Other temple in the town are Ganesha temple, Virabhadra, Billeshwara and Ramalinga are the important temples. 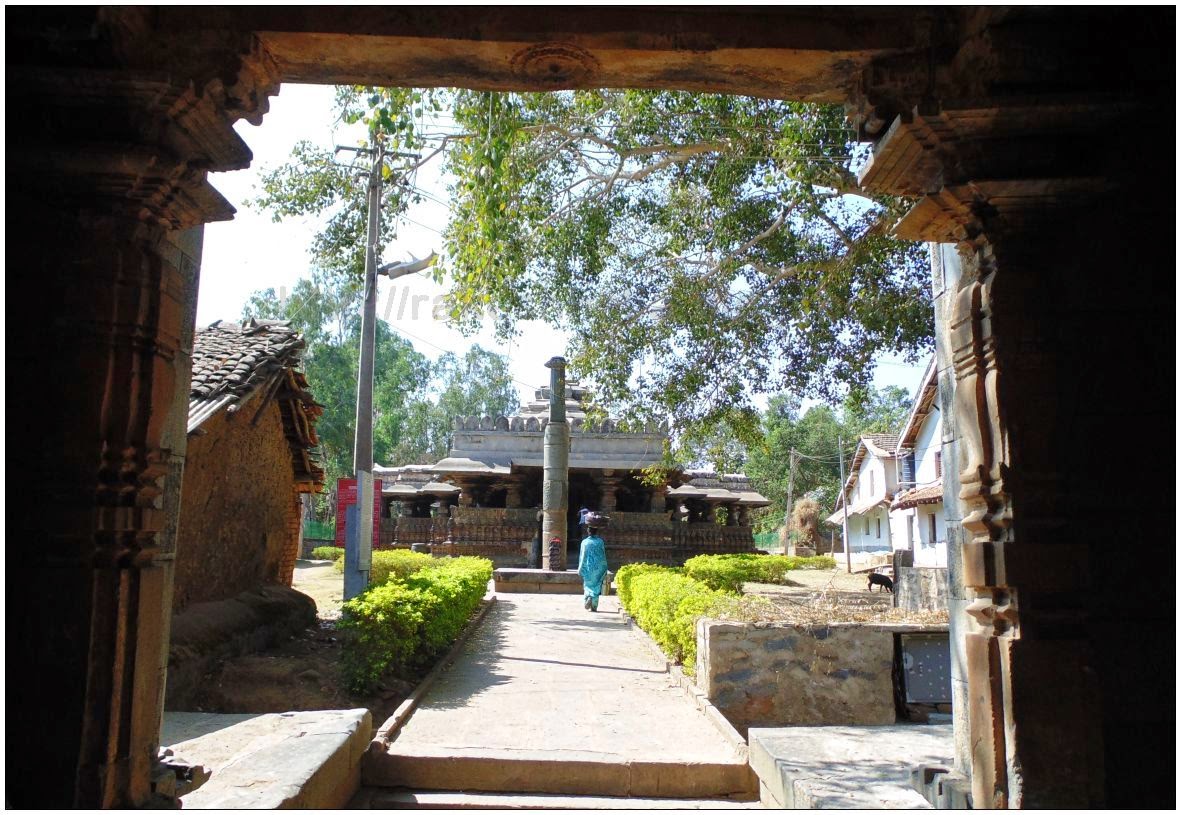 The Tarakeshvara temple on plan consists of a Garbhagriha, Antarala, Navaranga, Sabhamandapa and a Mukhamandapa is a good example of the Kalyana Chalukya architectural style. Originally the Navaranga had Praveshamandapas on north, south and eastern sides. At present the north and southern Praveshamandapas have been converted into Garbhagrihas. The Garbhagriha has indented plan and enshrines a tall Shiva linga installed on a Panipitha having Kadambastylistic futures. 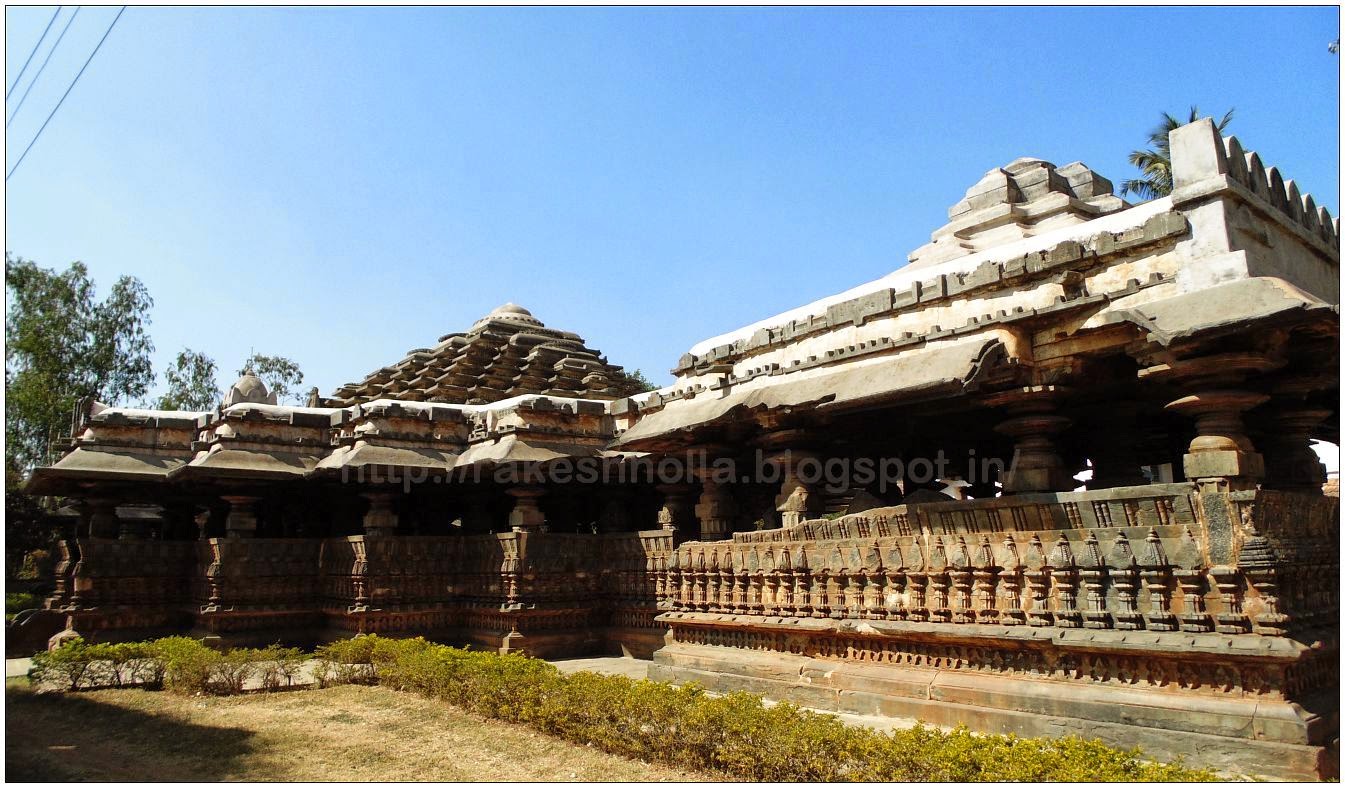 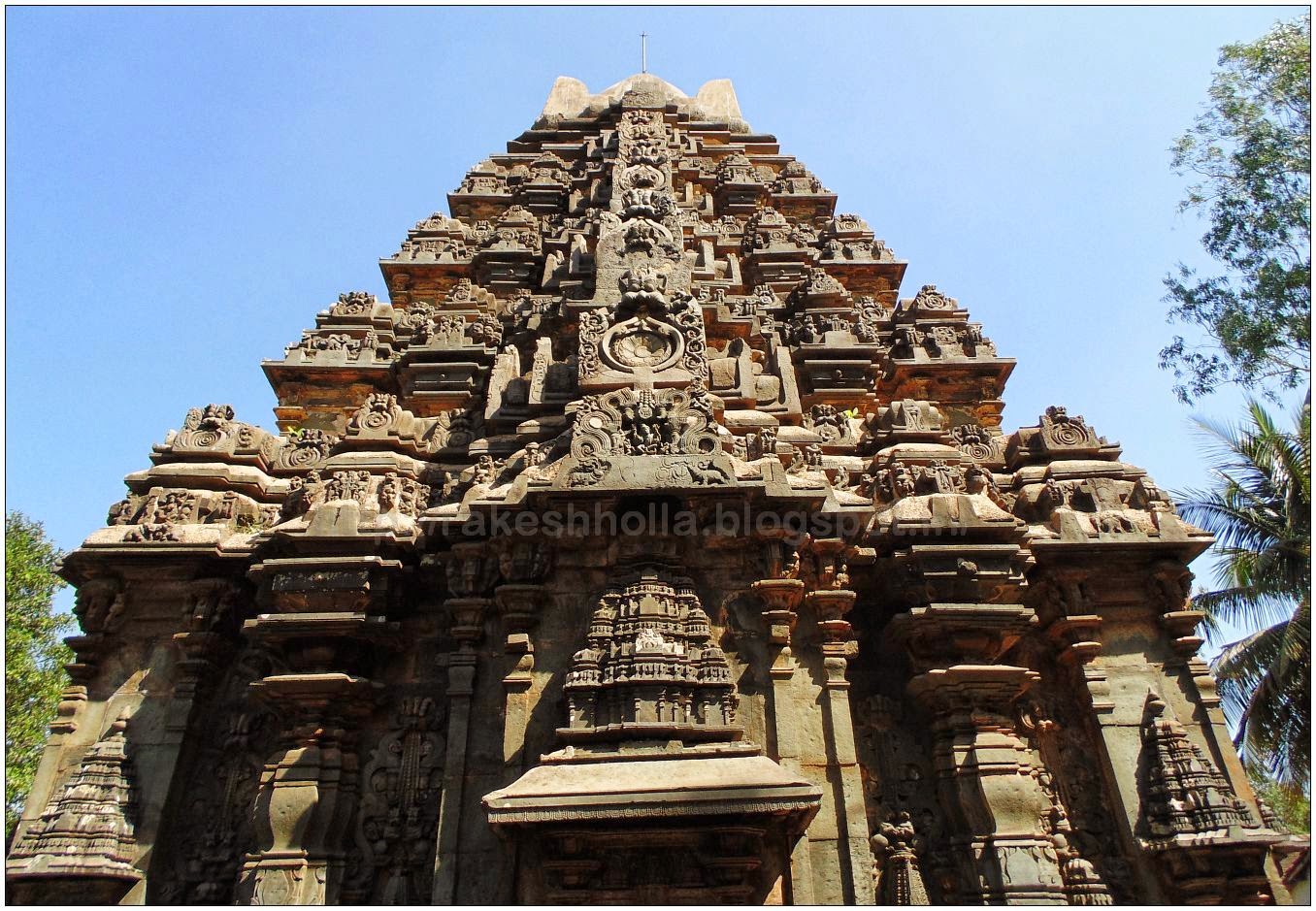 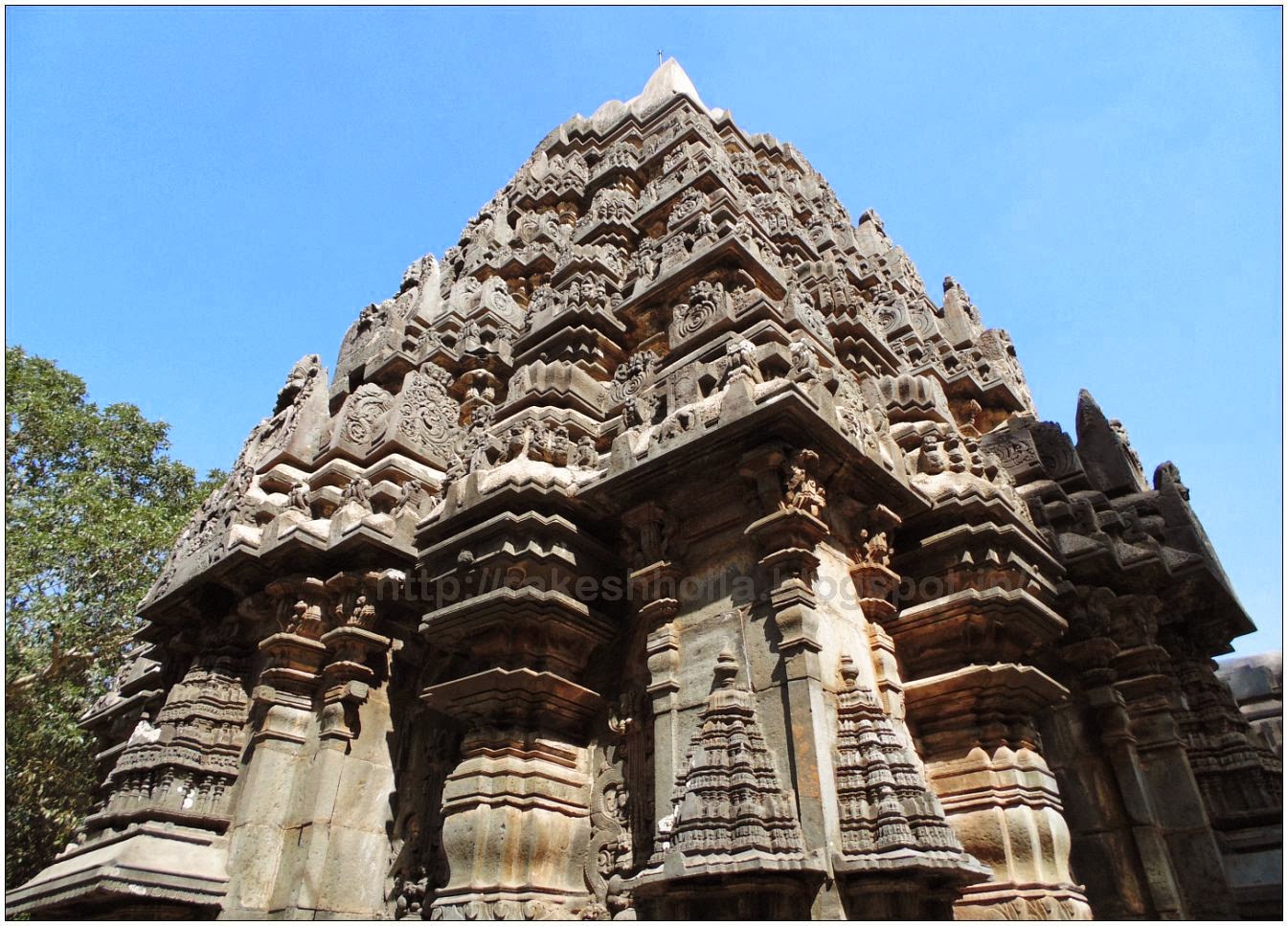 In front of the garbhagriha is the Sukhanasi with four intricately carved pillars and a Nandhi is placed in the middle. The Sukhanasi situated on the right and left sides has a Linga and Parvathi sculpture respectively. 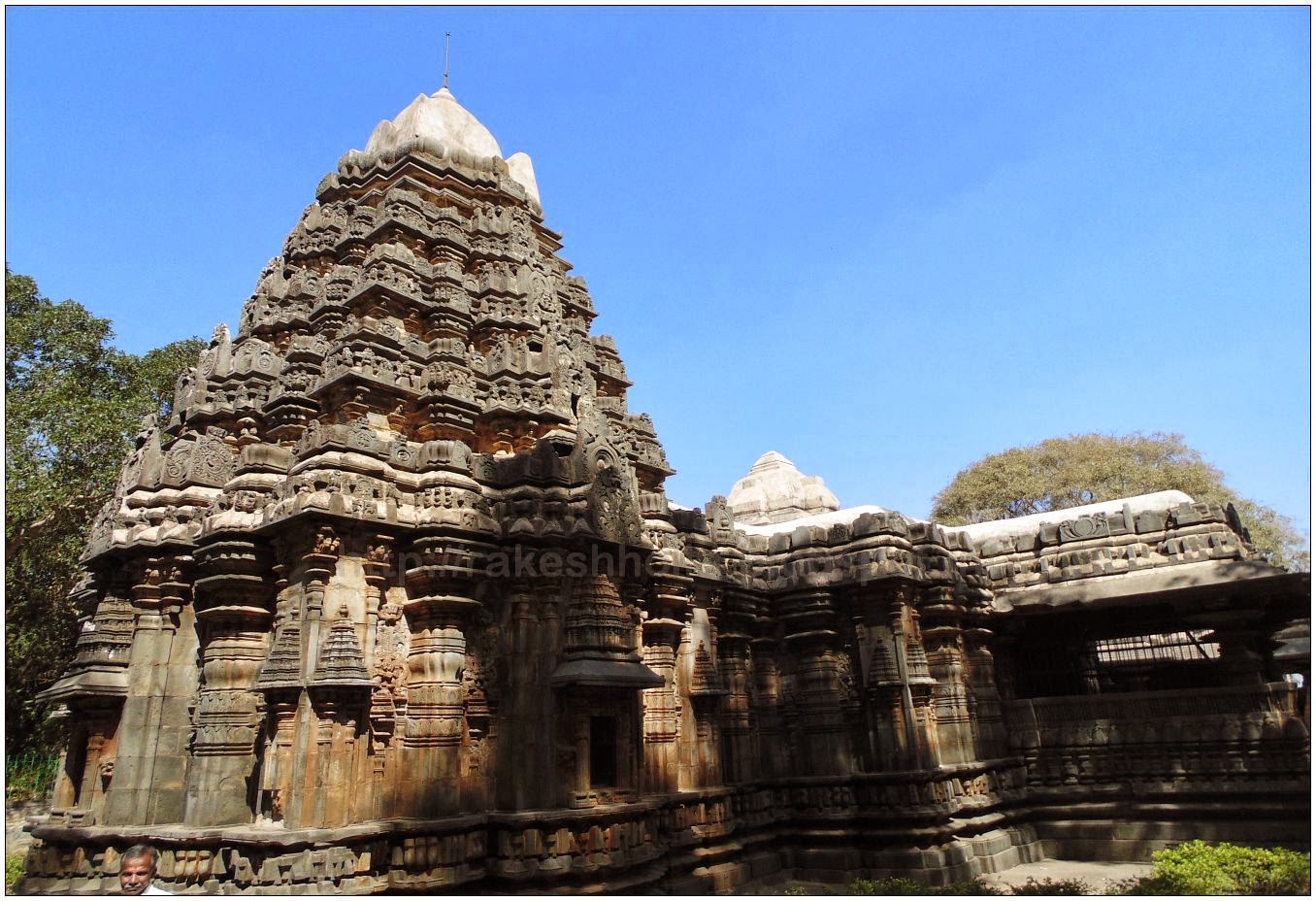 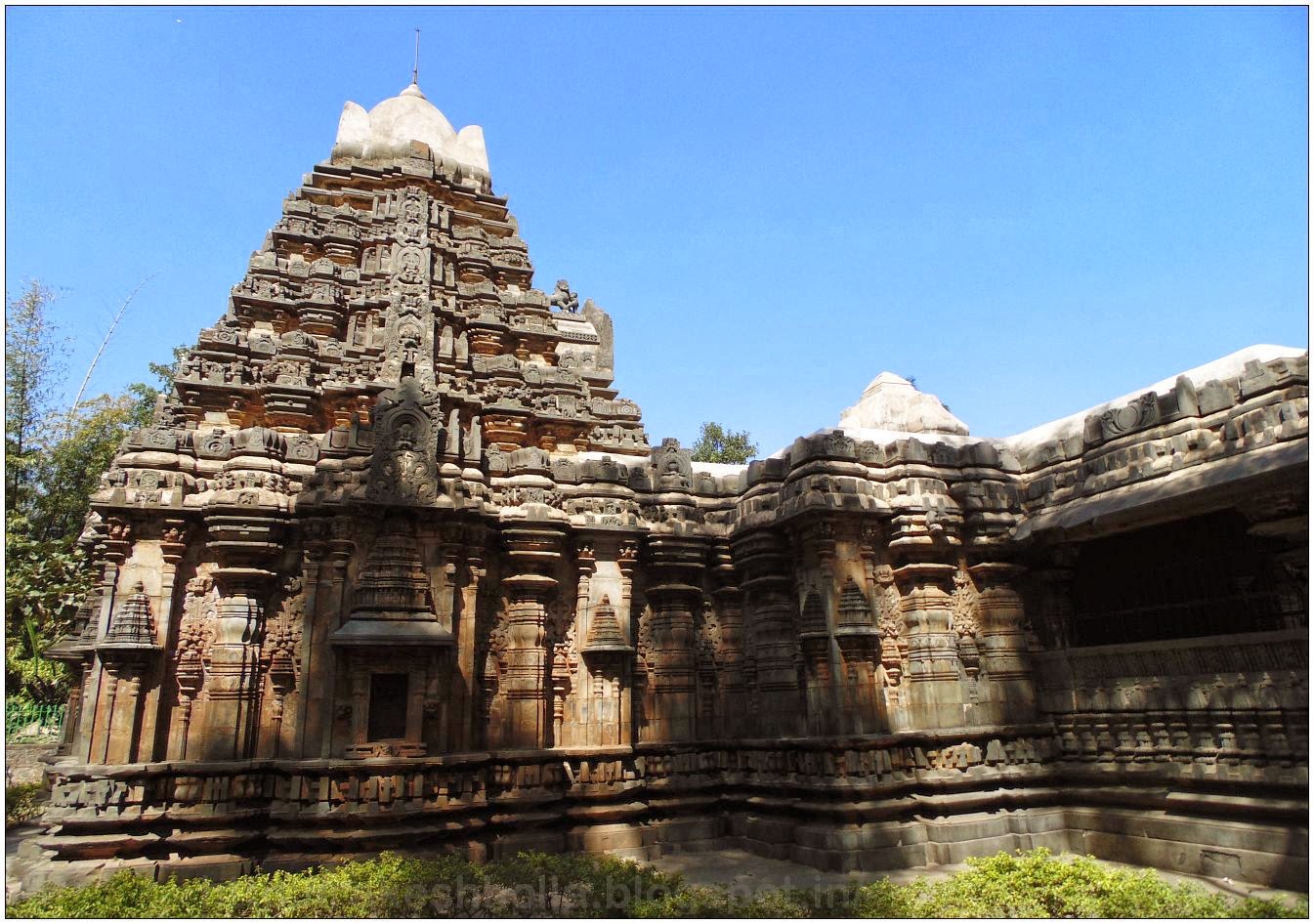 The main Garbhagriha enshrines a Linga which is called Tarakeshvara, sculptures of Vishnu, Brahma, Kartikeya and Nandhi. The exterior walls of the temple has bas-relief sculptures of Ramayana. The incomplete carved images of the Dvarapalakas are attractive. In the Mukhamandapa Hero-stones, inscribed sculptures and a few mutilated sculptures are kept. The Kadamba-Nagara Sikhara above the Garbhagriha has intricately carved decorations. It has a sculpture of hero fighting with a Lion resembling the Hoysala emblem. 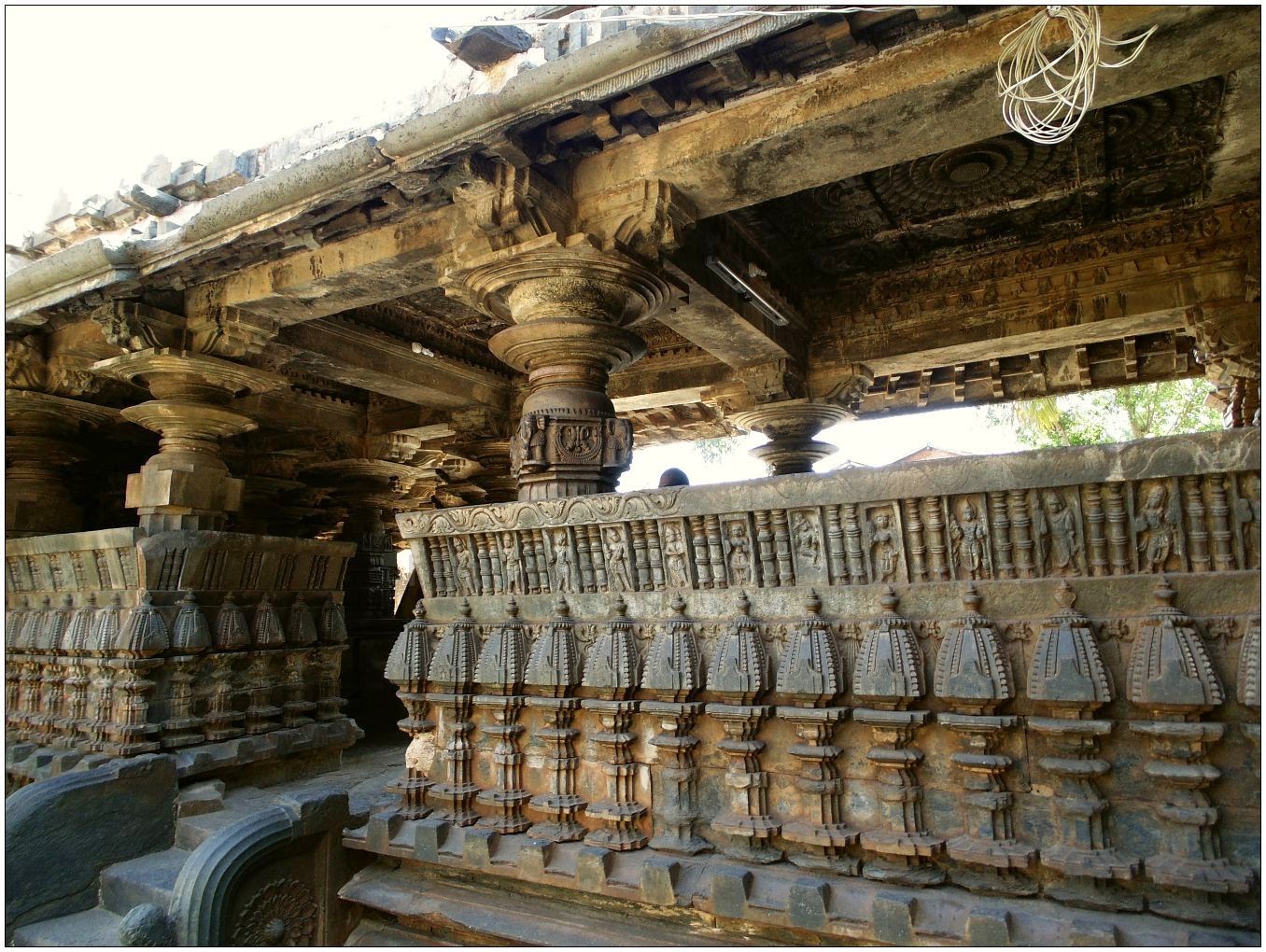 The temple is famous for its very large domical ceiling in the main hall, which rises, in concentric circles of cusped mouldings, and then, at the apex, falling again in a great rosette or pendant. The Sabhamandapa with four entrance ways is stellar shaped and Hoysala styled huge pillars therein supports the upper beams. The rock is carved in the form of a lotus and is 30 feet in diameter, is a octagonalpiece of stone supported on 8 pillars. 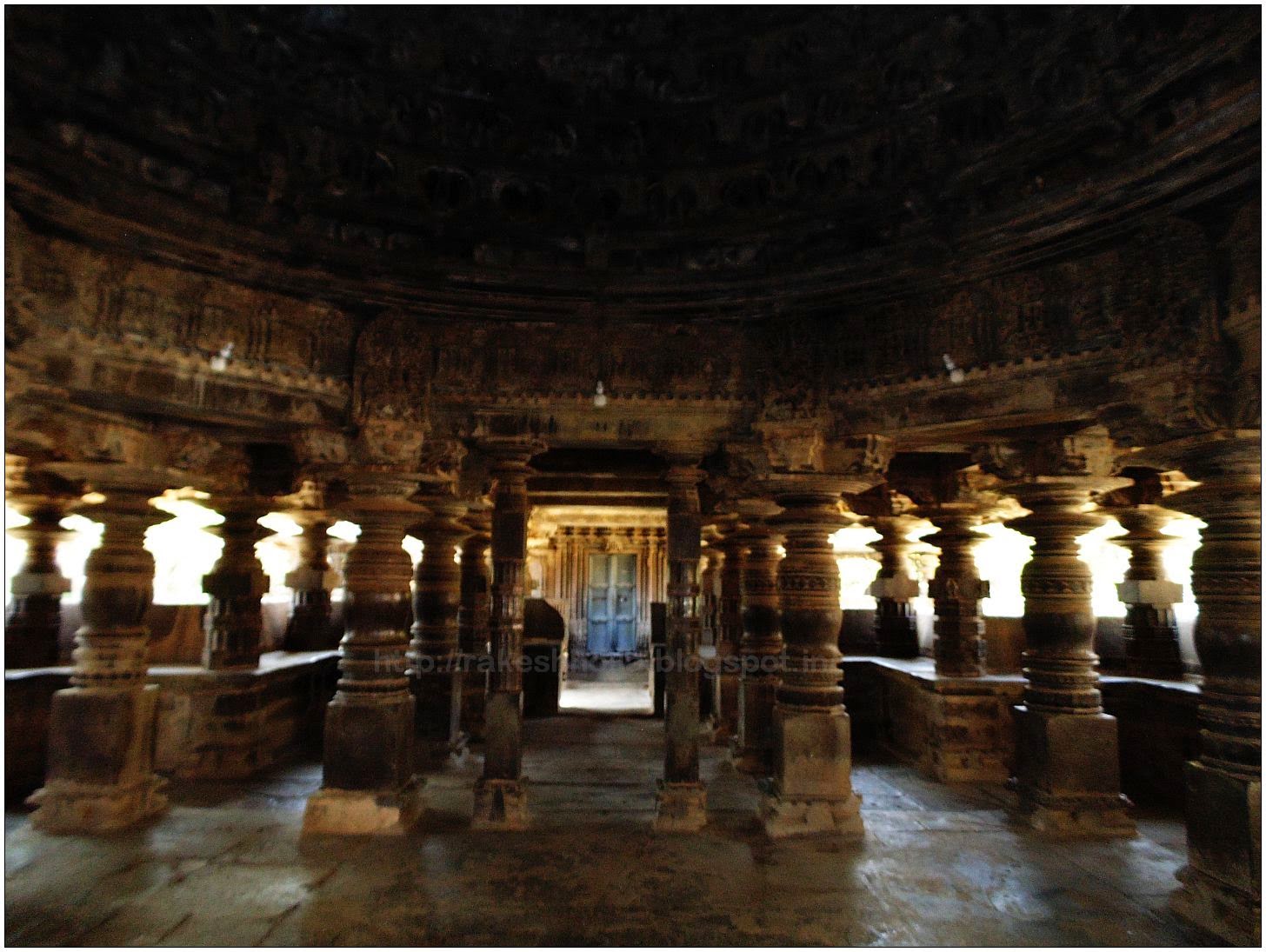 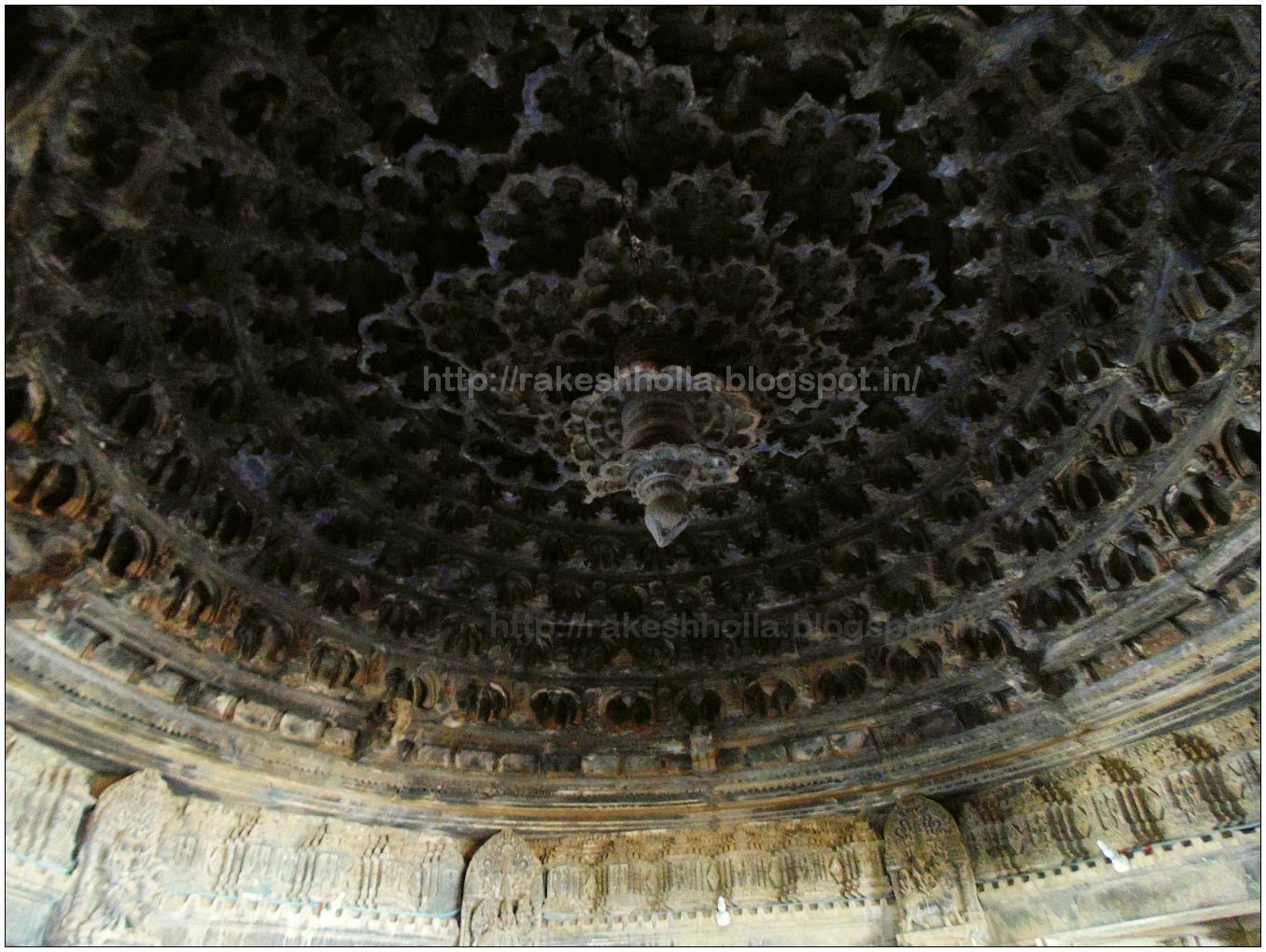 The Kakshasana has polished pillars that are variously styled and shaped runs all along the Mandapa. The subsidiary ceilings (Bhuvanesvaries) found in the Sabhamandapa is plan while the centre one has the depiction of a flower-bud motif. The Mukhamandapa has also Kakshasana. The exterior wall of the temple is decorated with pilasters and Devakosthas. Garbhagriha ha four tiered sikhara with Sukhanasi projection. A tall stone pillar stands in front of the temple. 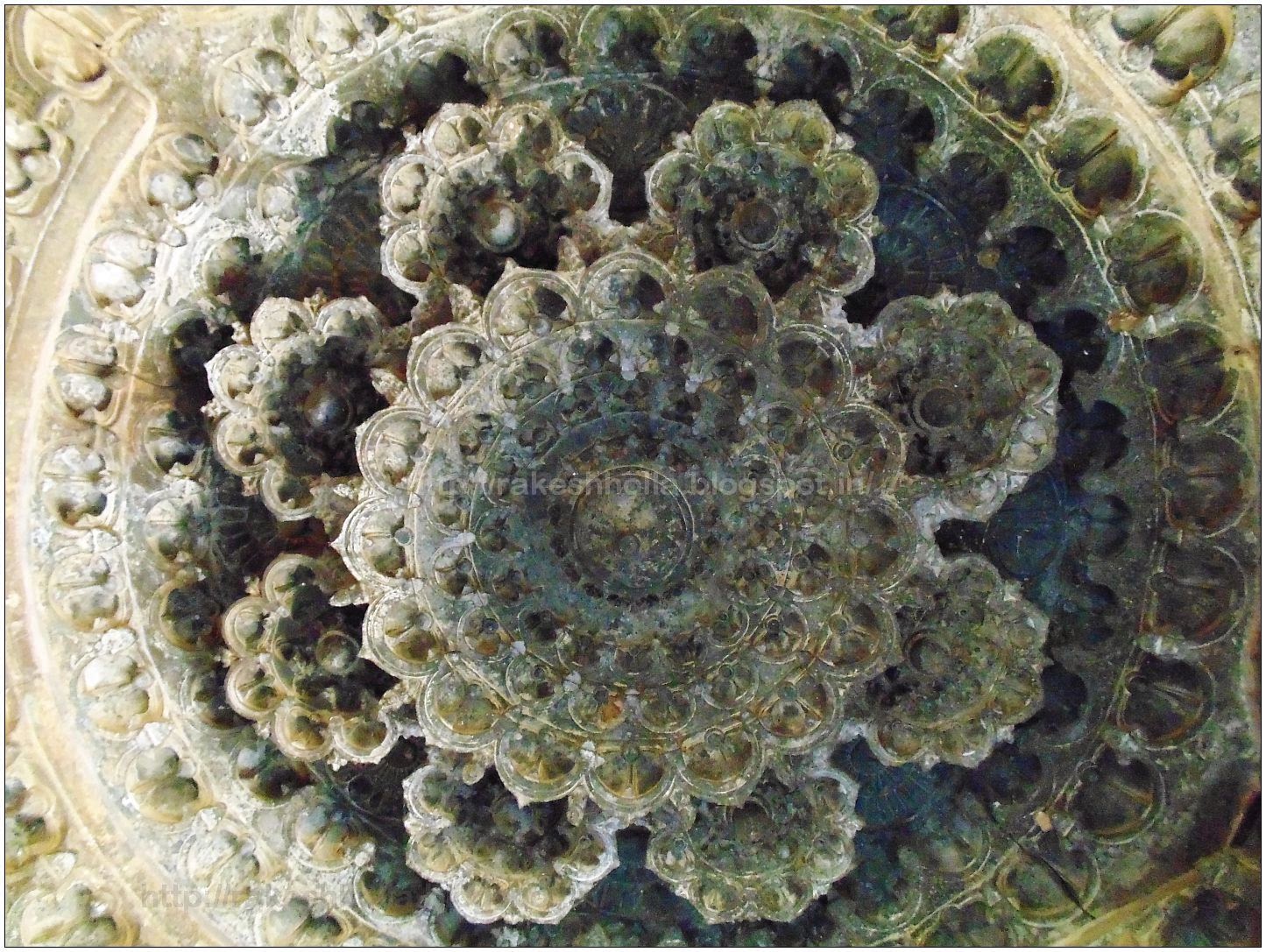 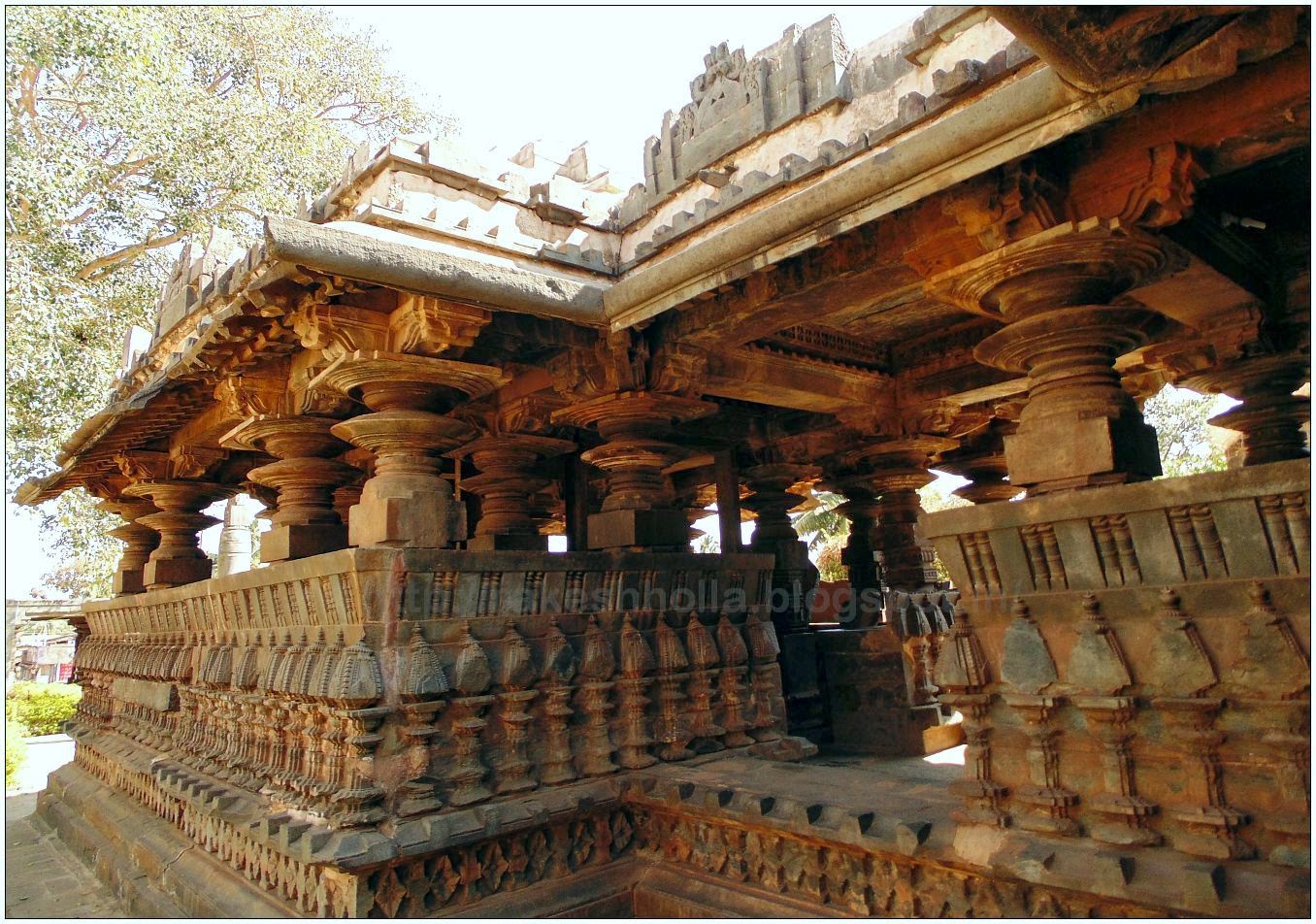 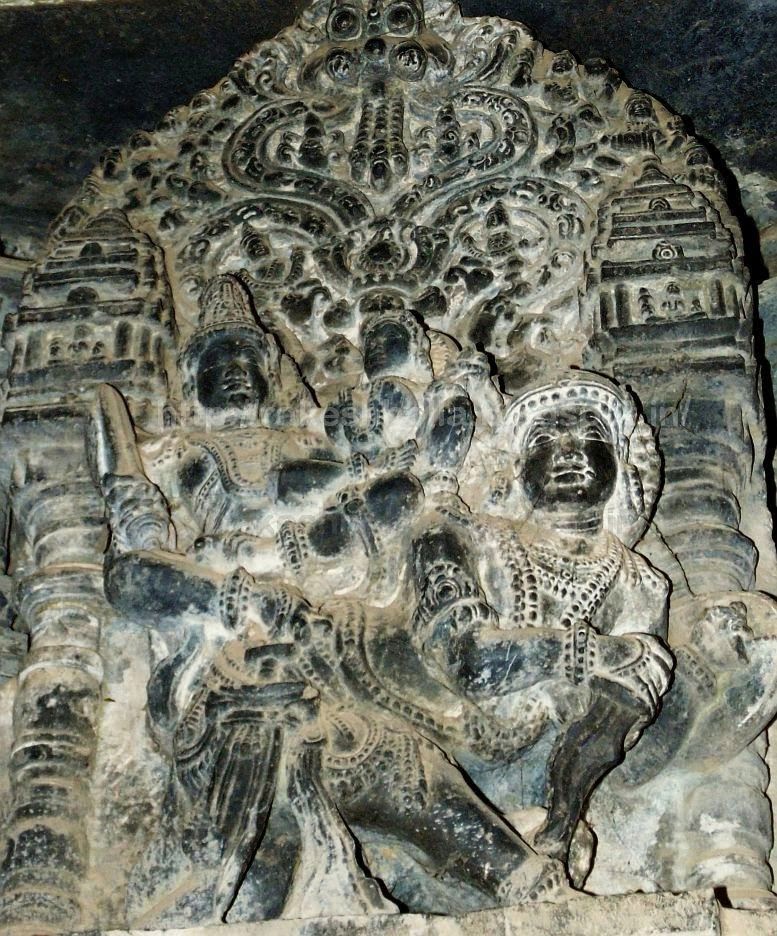 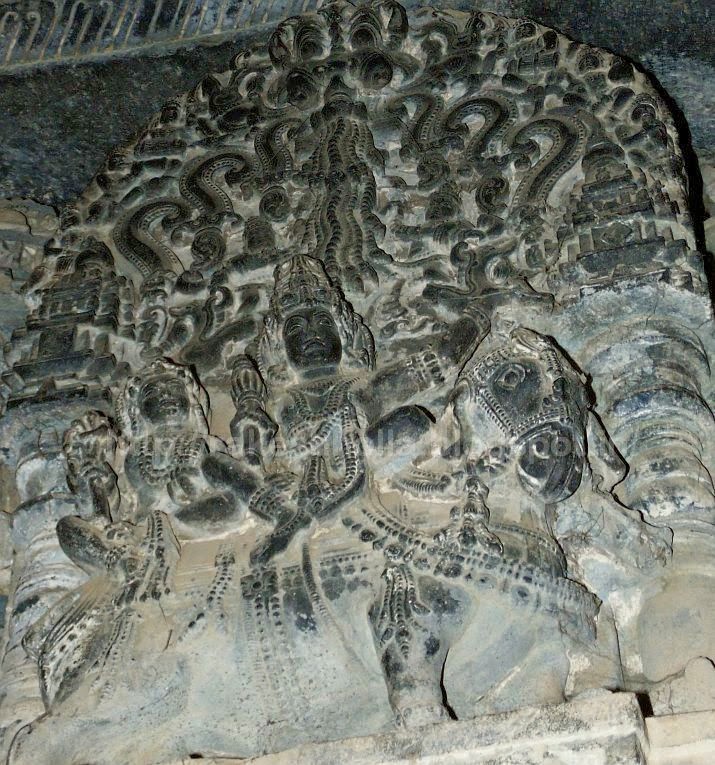 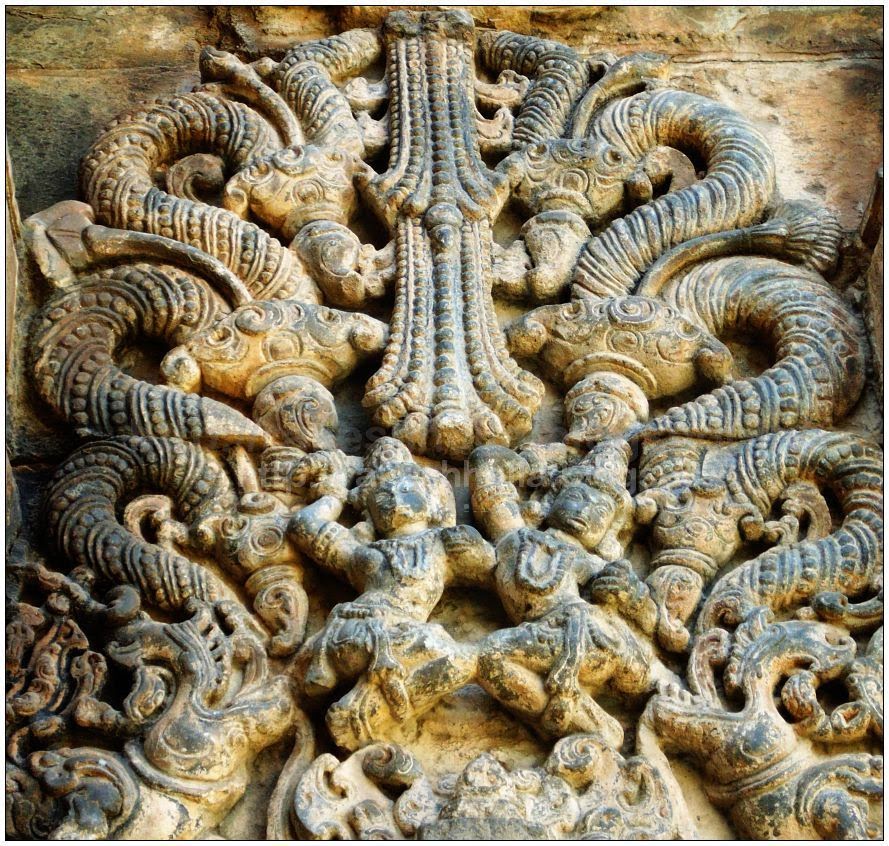 An inscription records a grant made to the Tarakesvara temple while another dated 1121 AD records the construction of Tailesvara temple and land grants made to it by the Mahaprashana Masana. 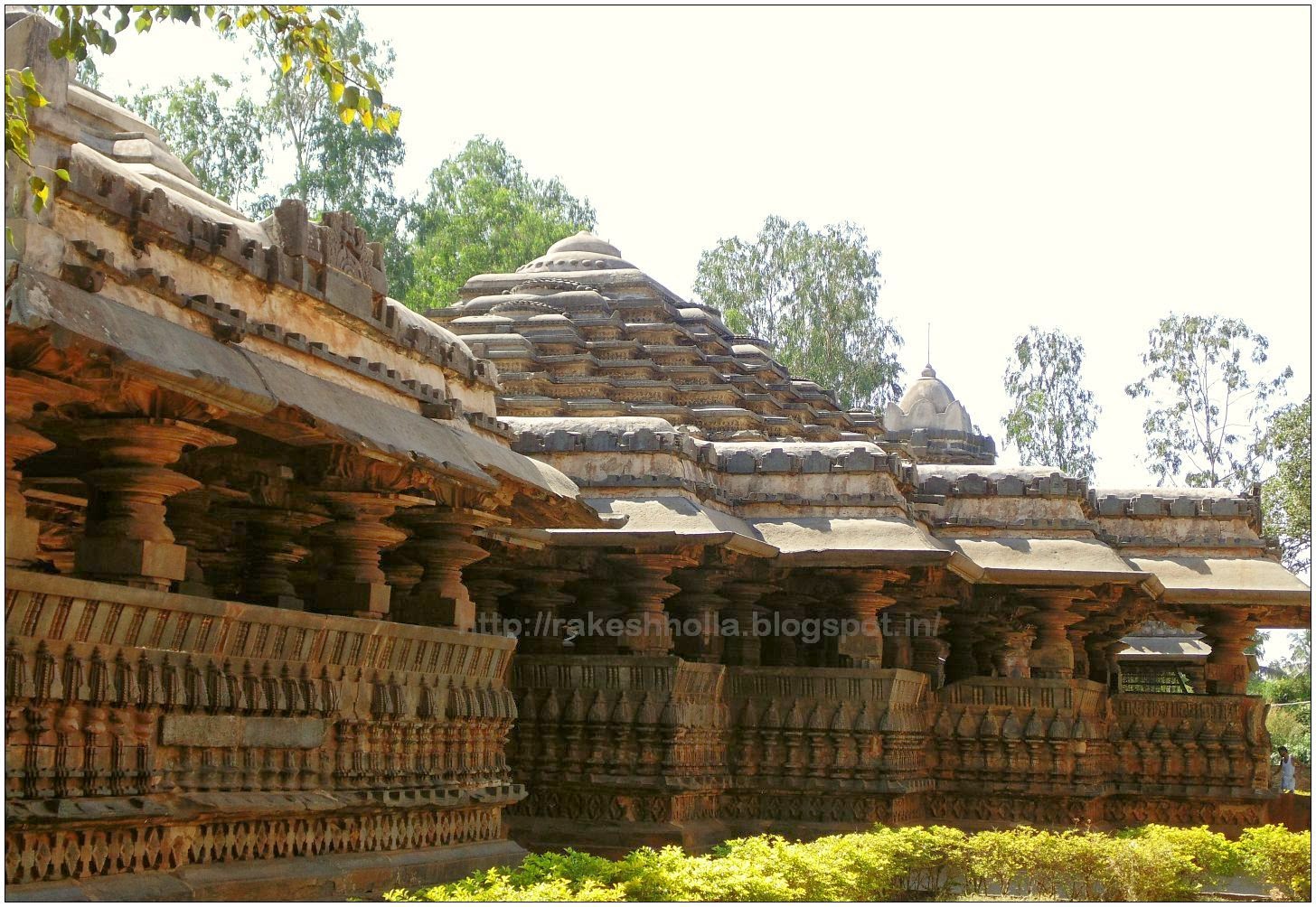 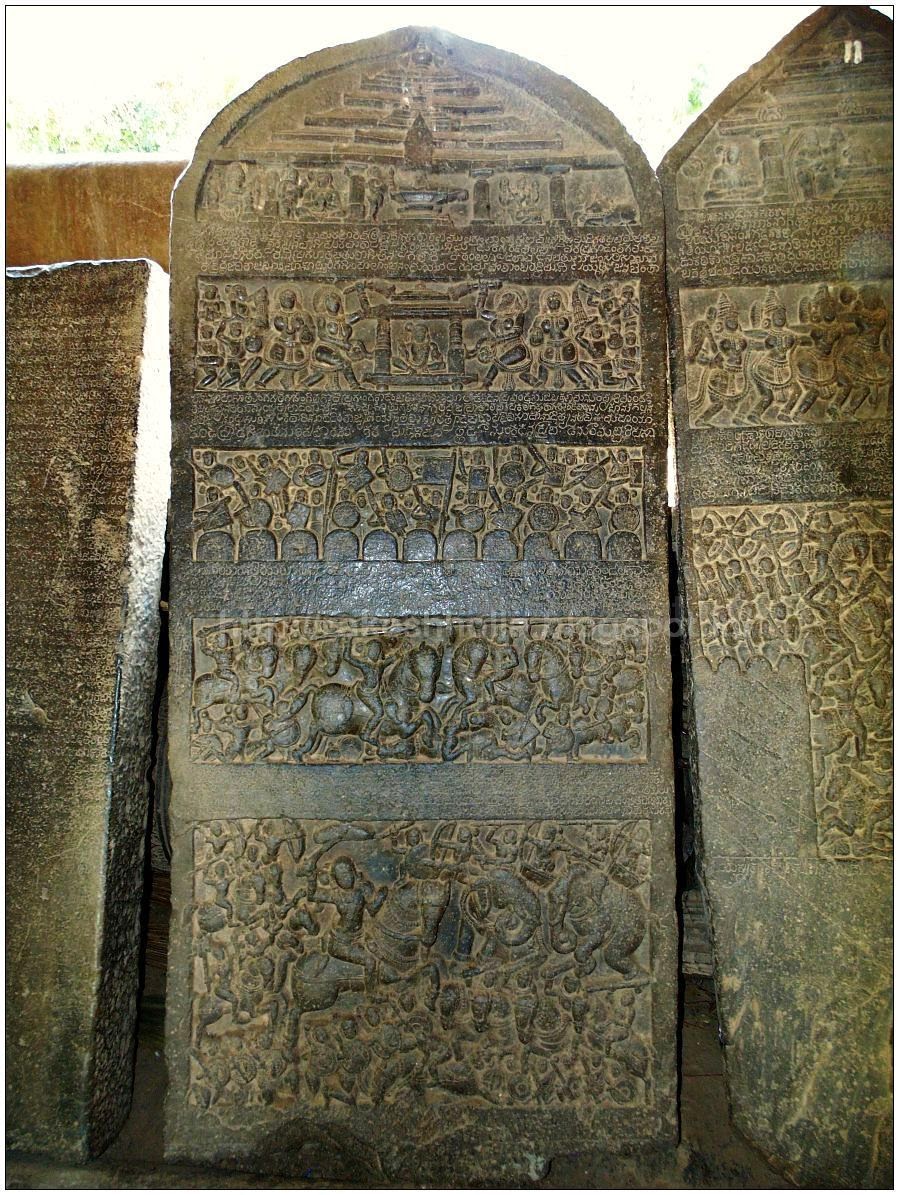 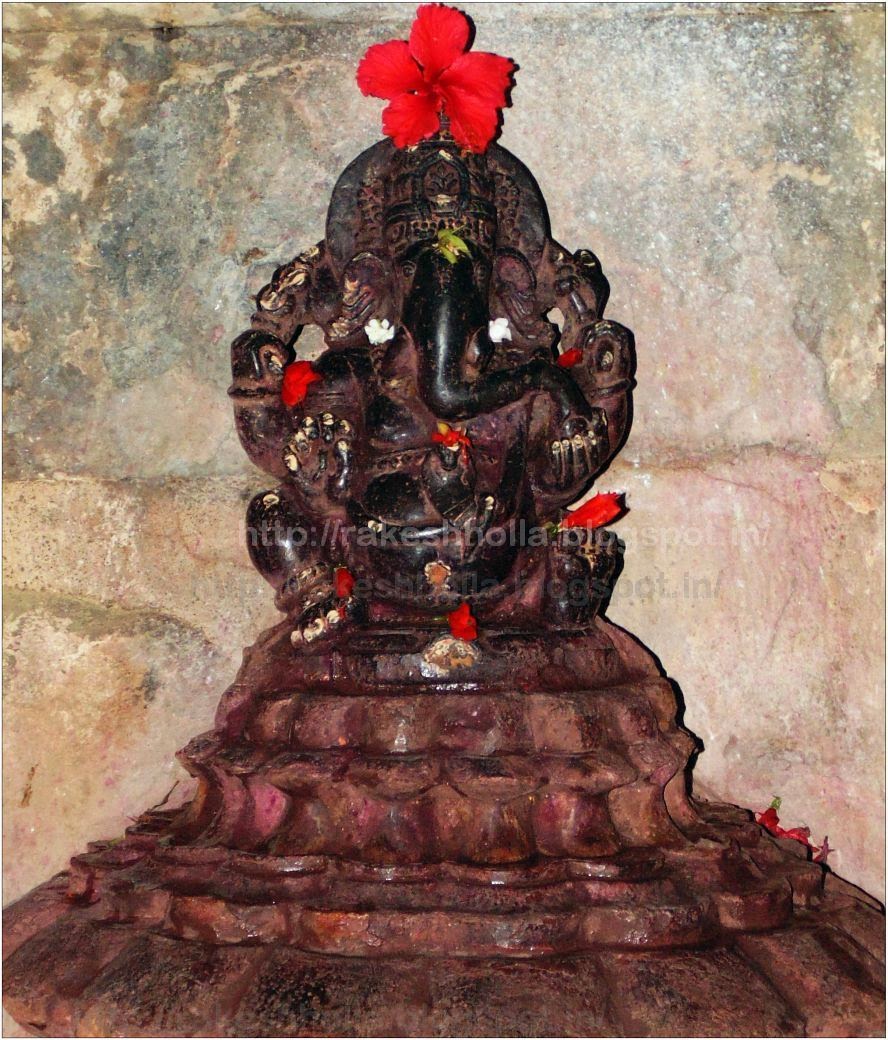 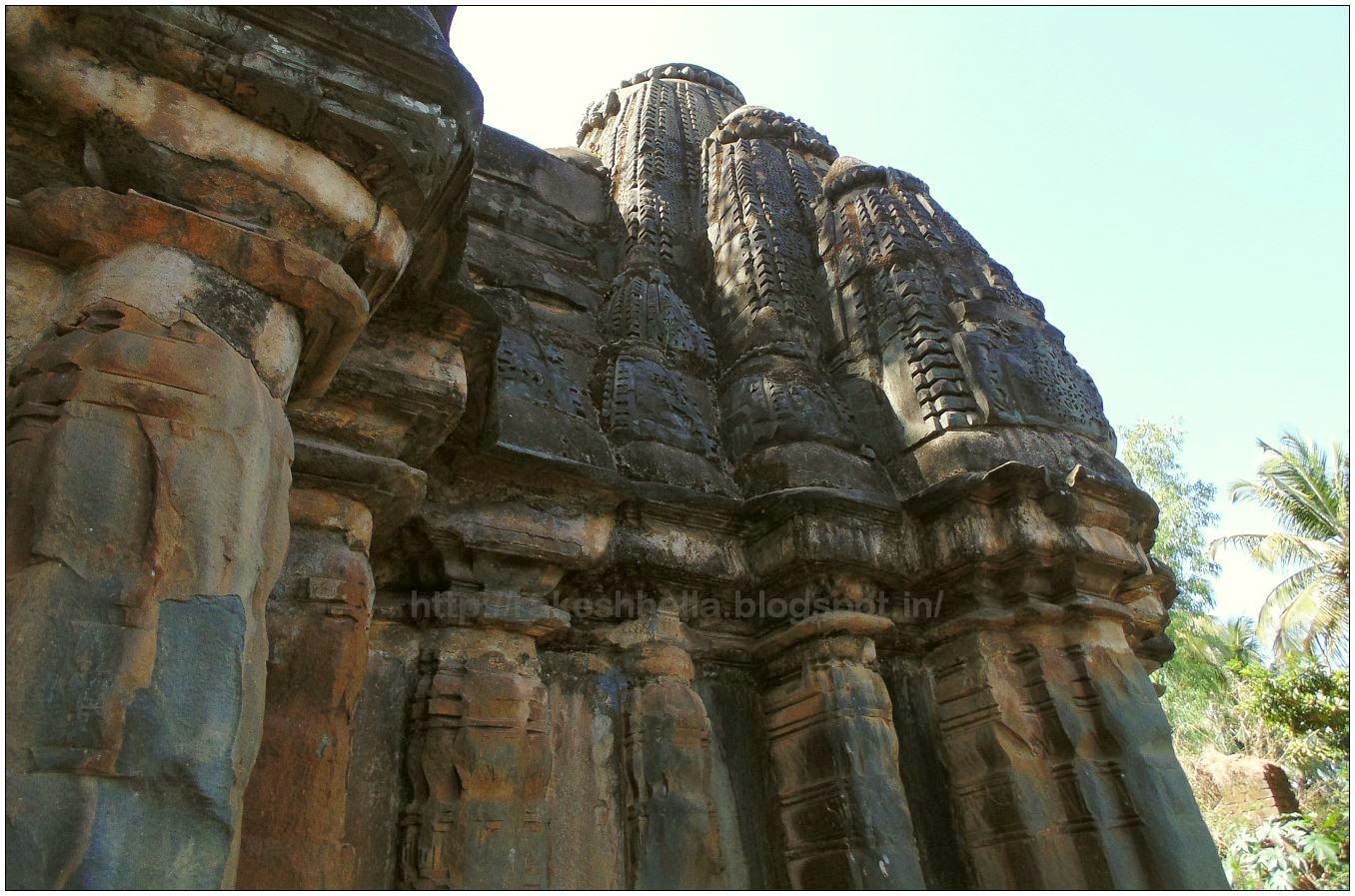