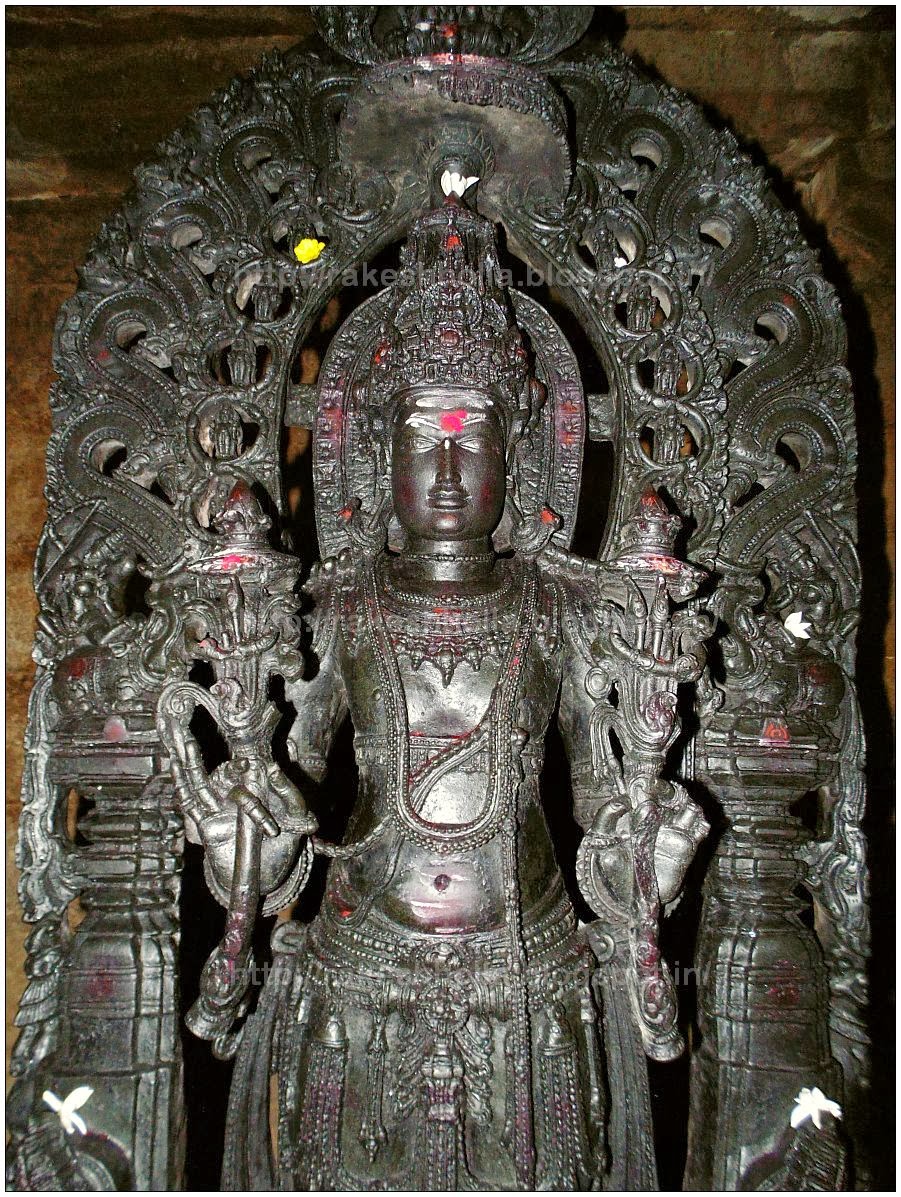 The trail to Golden Era...Part 1
Sunday morning was very pleasant with bright sun in sky. On a fresh early morning we started our journey to visit few historical places surrounded to Haveri.  As per our plan first we visited to Kalkere village it is a small picturesque village historically it was an imperative place, as good number of temples and inscriptions have been found in the village. 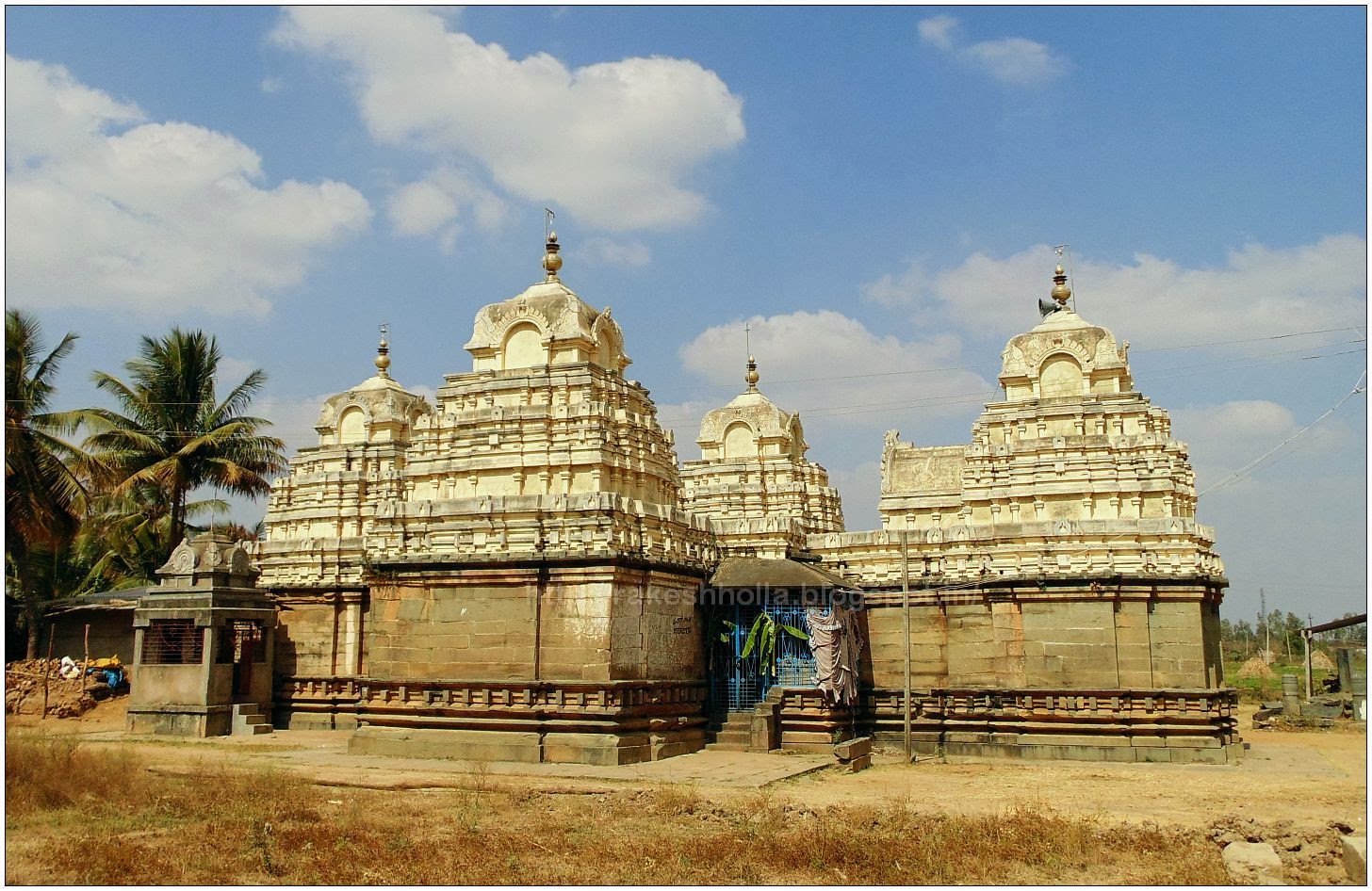 There are three beautiful temples in this village they are Somesvara temple, Basaveshvara (Jayasingesvara) temple and Lakshmi (Bhairavi) temple. The Basaveswara temple is the most important structure at Kalkere, which is full of ornamentation practically represents the whole Hindu pantheon are the finest examples of master craftsmanship. 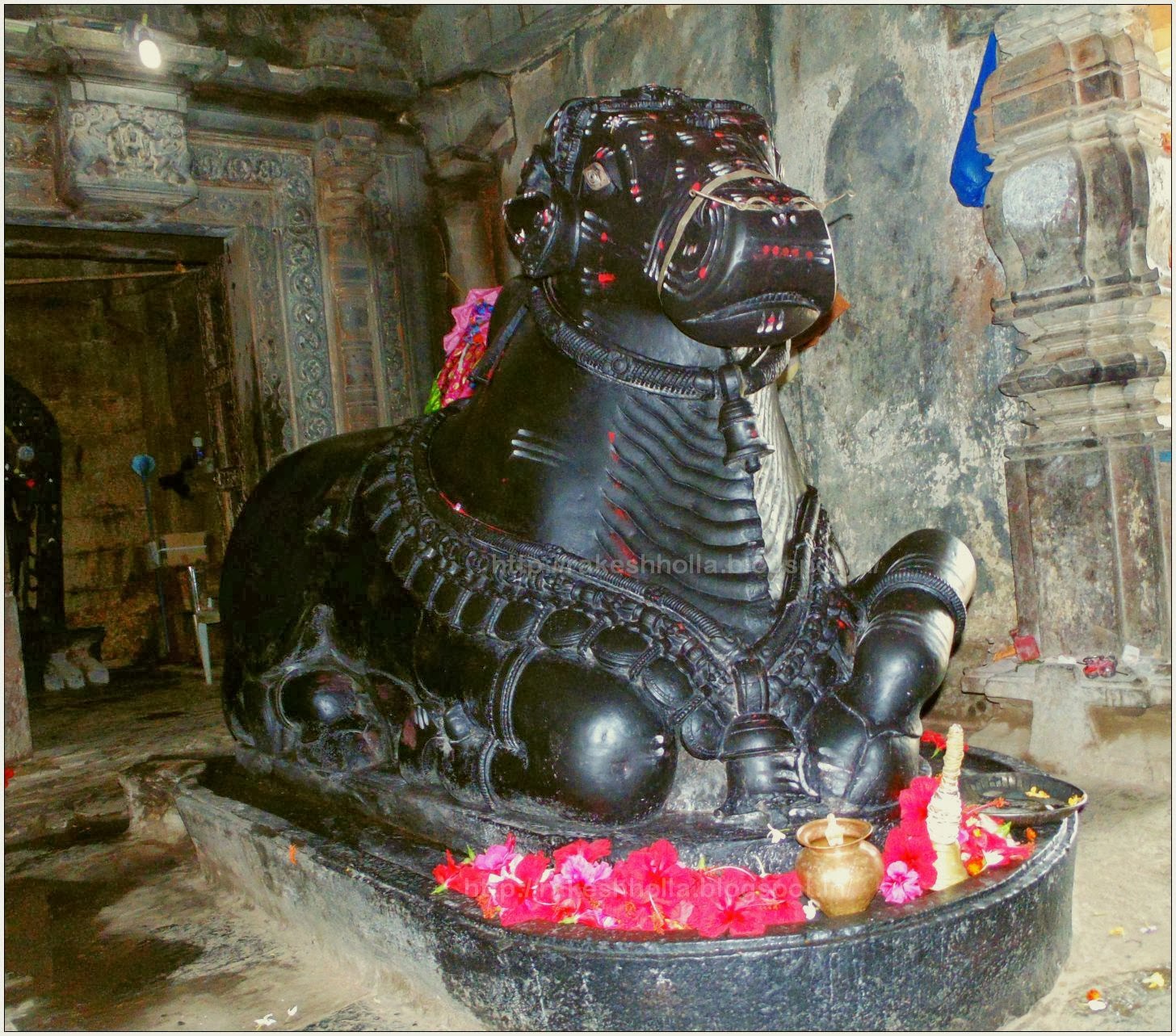 We spotted a few who were having a morning session of updating each other with latest worldly matters we interrupted them to enquire about the temple details and the whole group got so excited & few seniors were eager to help and guide us to Basaveshvara temple were in action full swing after half an hour of total excitement with villagers priest opened the temple. As soon as I went inside the main entrance, two virtues of this place caught our attention, cleanliness and calmness of the place. 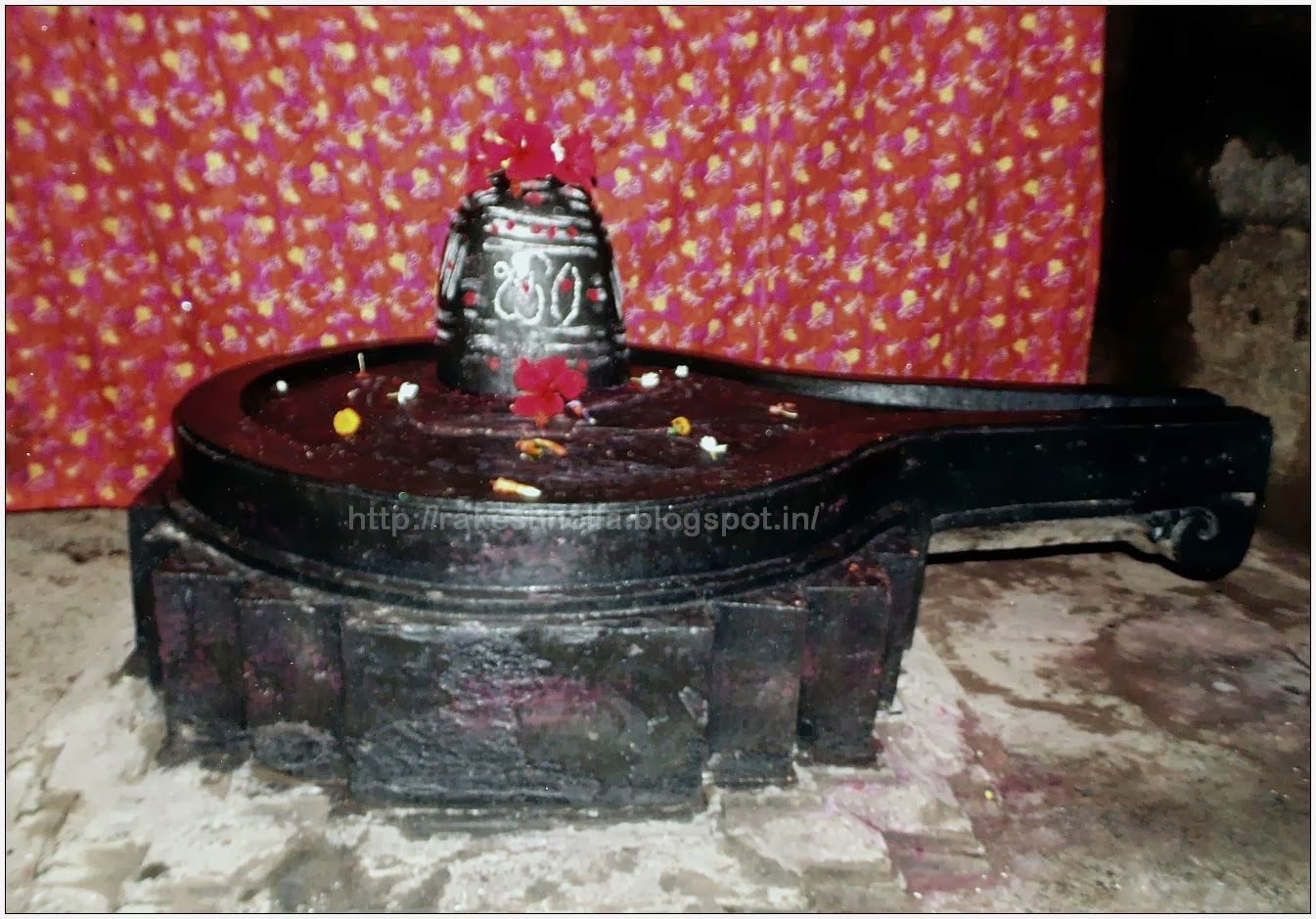 Basaveswara Temple has four cells (Garbhagrihas) with a common Navaranga. The current disposition of images in the Kalakeri temple’s sancta indicates the disruption of an earlier arrangement.  At present main cell has a Shiva Linga and opposite to this cell has a crudely carved Surya figure. The Surya shrine opposite to the front hall is remarkable for its splendid sculpture it’s elaborate and fine carvings attracts the attention of the viewer. Approximately 6 feet tall, 77 cm wide and 12 cm thick, the Surya is carved from a single slab of dark green chlorite schist. Such fine grained soft metamorphic stones became the medium of choice of Karnataka’s artisans from the 11th to the 14th centuries, driving an aesthetic revolution in both sculpture and architecture.  An elaborate ornamental archway springs from columns behind the attendants and encircles the principal figure. The fertility of the design the through finish the richness of ornamentation and the hard stone had turned out to be pieces of vax in the hands of master craftsman Mandoja. The Surya image is exceedingly handsome and the sculptor has reached his pinnacle here the perfectly carved is awe inspiring. 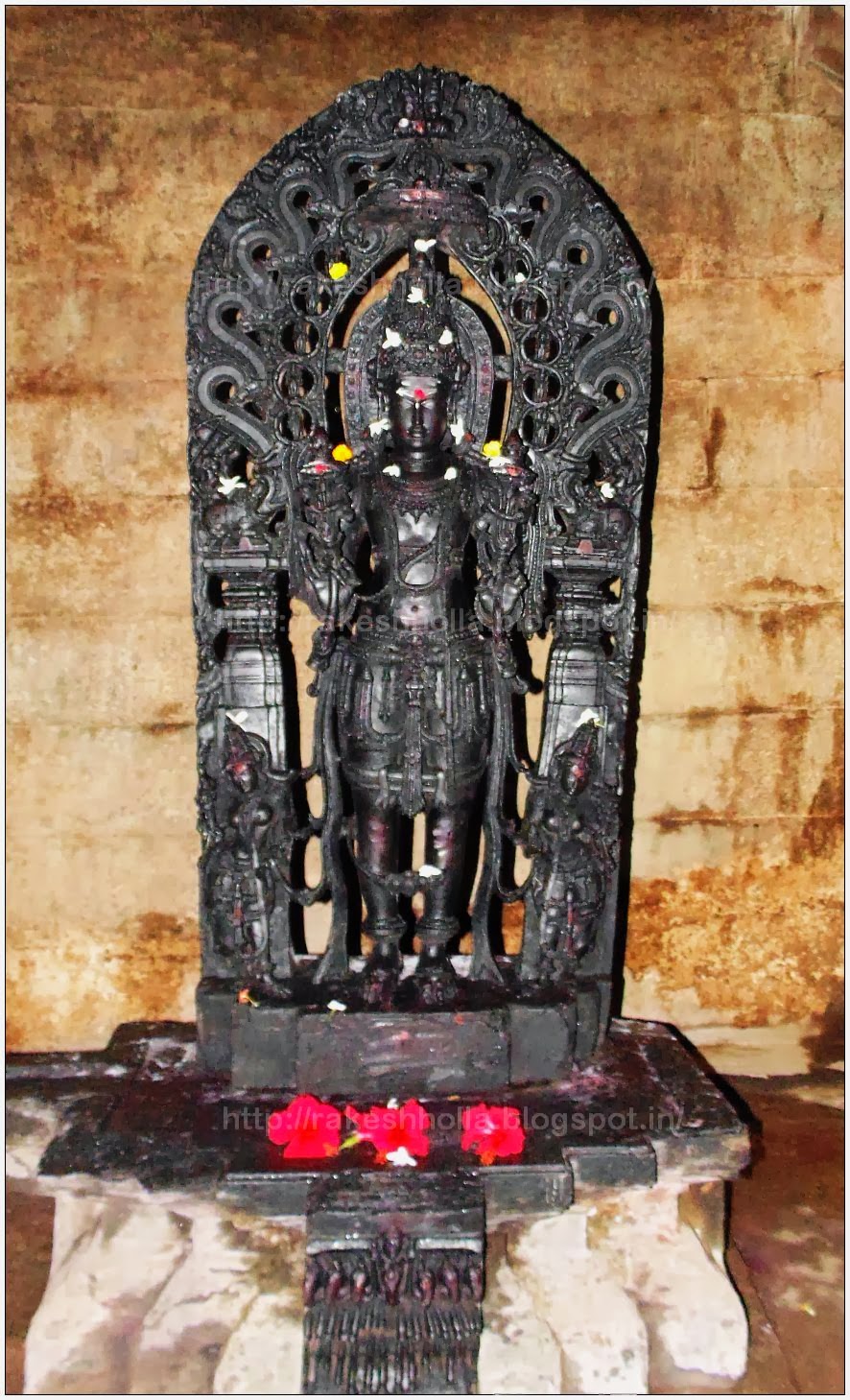 The other two cells don’t have original deities. In that place Naga stones and Vishnu figures are kept which is not original one, Naga-nagini images stand atop comparatively elegant, and much larger, pedestals. These images are mismatched to their pedestals physically, stylistically, and ichnographically. The pedestals bear central images of Visnu’s vehicle, Garuda, in the northern sanctum and Brahma’s vehicle, the Hamsa in the southern one. 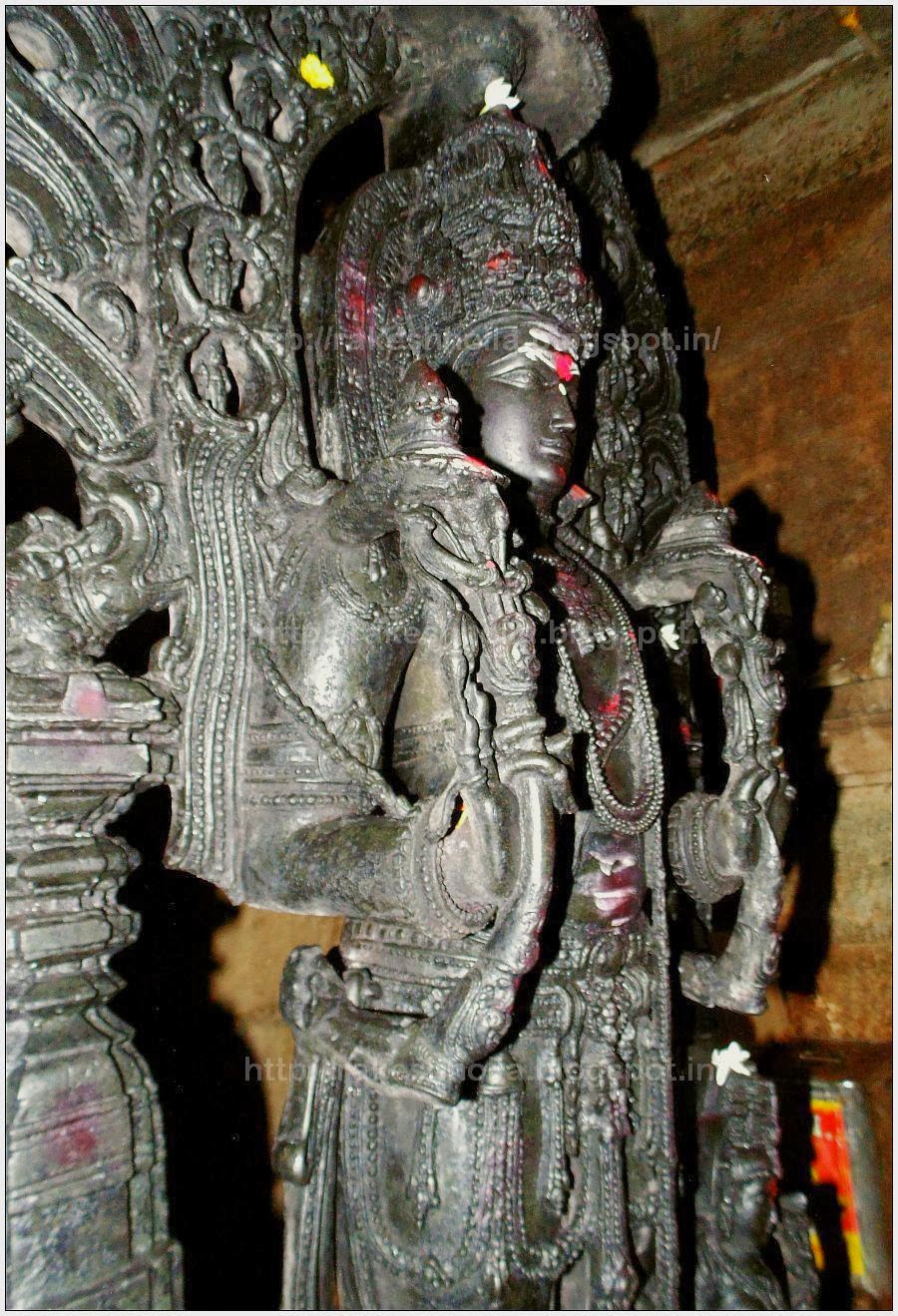 The Hamsa pedestal in the temple’s south sanctum bears the emblem of Brahma’s vehicle, the goose. Its size and profile are well matched to the Brahma’s base.  In the western sanctum is a Siva Linga, while the occupant of the fourth or eastern sanctum and ties the evidence together. Here stands an extremely fine image of Surya that is a perfect match, both to its pedestal bearing the sun god’s seven horses and, more importantly, to the Museums Brahma! 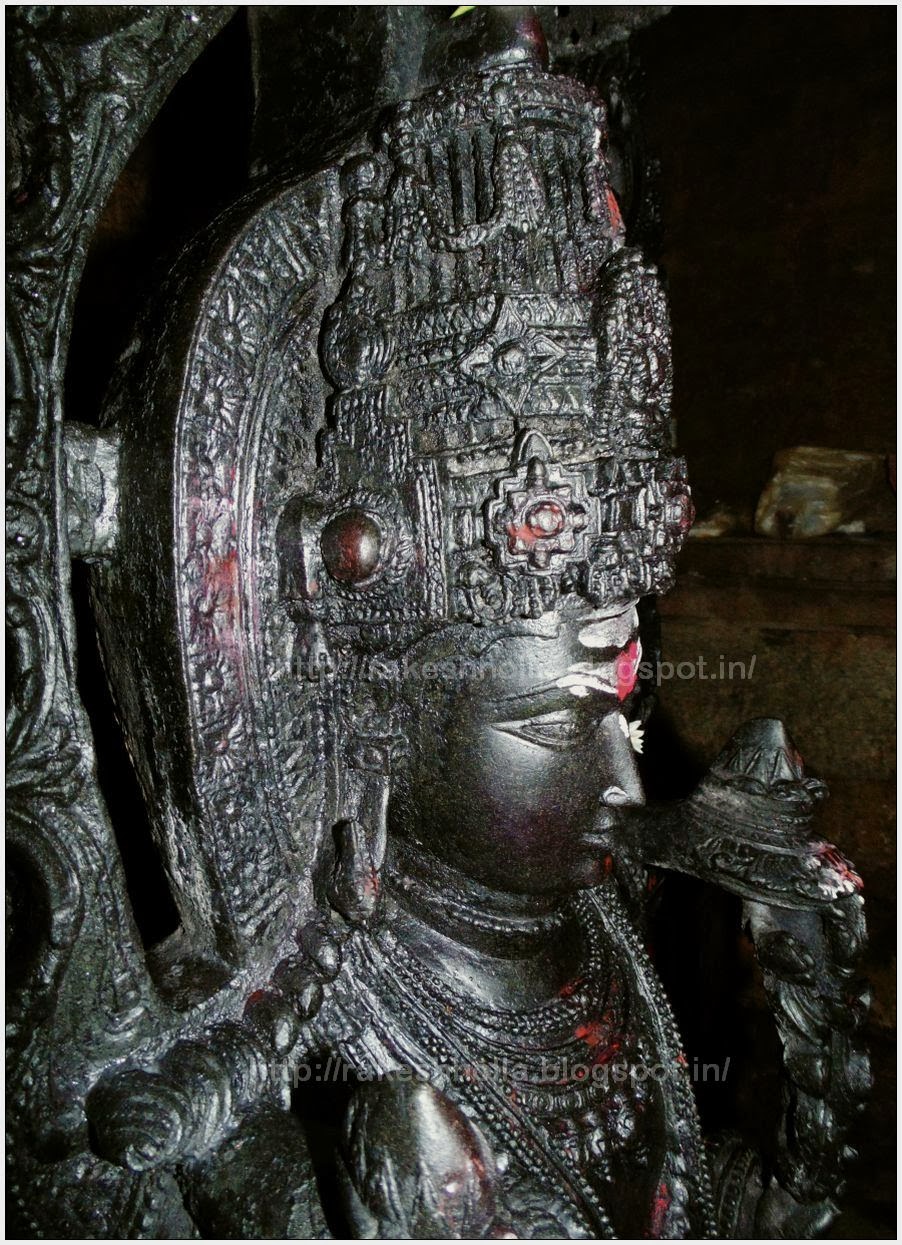 It happens that a letter in the Penn Museum Archives identifies just such a temple. Writing to Museum Director George Byron Gordon in 1922, the Brahma’s seller, Hagop Kevorkian, reports that the sculpture was removed in 1835 from “the temple at Kalkerry at Talook Kode, southern Mahratta County India.” in New York might be it. Purchased by the Metropolitan Museum of Art from Kevorkian in 1918—the same year he lent the Brahma to the Penn Museum—this image is not as close a stylistic match. Its inscription, however, associates its maker with the artists of the other two images, and another letter to the Museum Director indicates that the Brahma and the Kesava were brought from India together.  The quadruple shrine Basavesvara temple there was the Brahma’s original home. 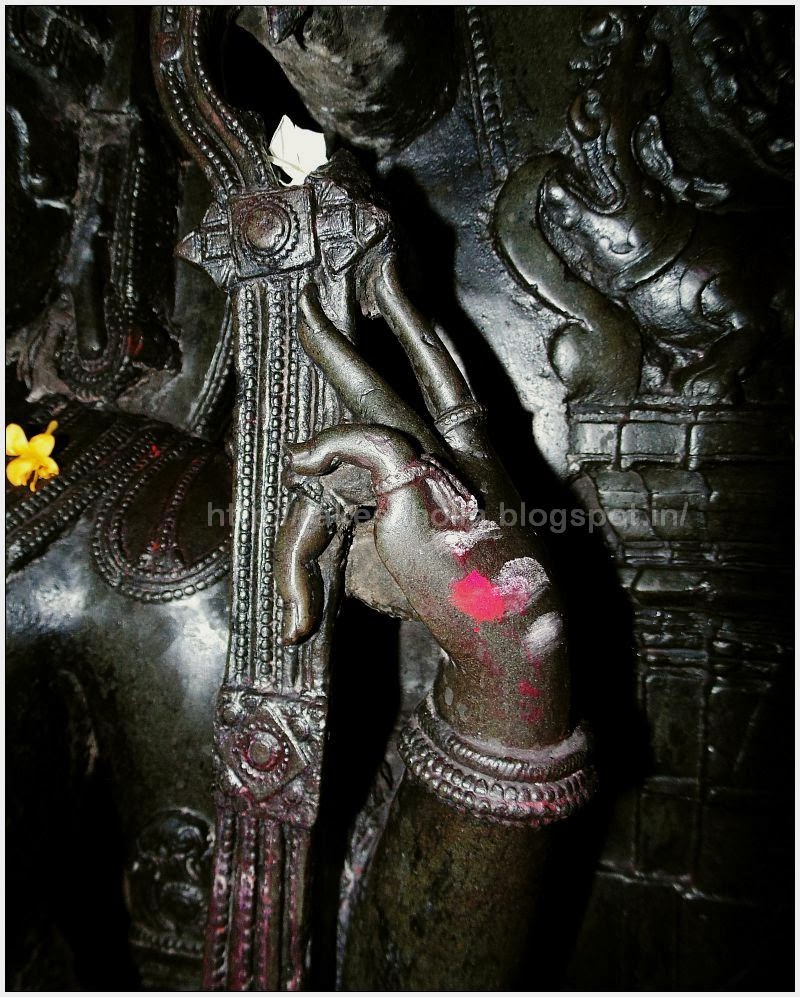 The Surya and the Brahma are essentially the same size with strikingly similar proportions, poses, and renderings of their figures. Their personal ornaments are nearly identical, as are many individual motifs used throughout the two sculptures. A particularly telling correspondence is the complex structure of their framing columns. Even the damaged inscription on the Surya’s base is strikingly like that on the Brahma’s in both orthography and content. 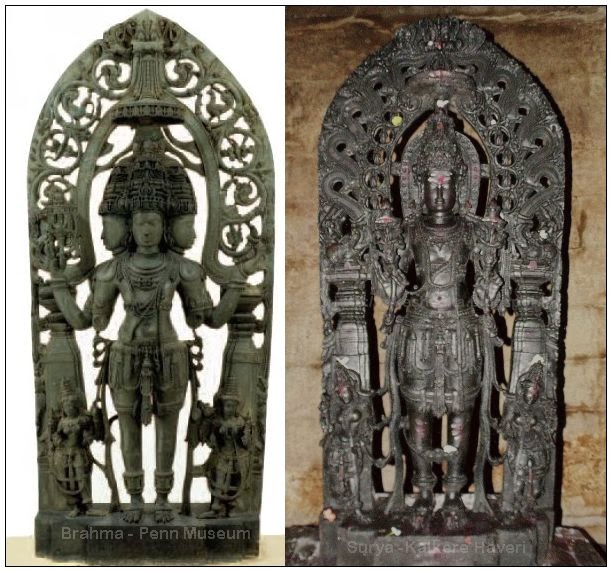 Given Kevorkian’s identification of the site; the physical, stylistic, and epigraphic similarities between these two sculptures and the tradition of housing sets of deities in multiple-shrine temples, it is almost certain that the Museum’s Brahma was removed from the Hamsa pedestal in this temple’s southern sanctum. But where is the missing Visnu for the Garuda pedestal in the northern sanctum? A well-known image of Kesava (Visnu). The theft of cultural objects affects developed and developing countries alike. The illicit traffic in cultural heritage is a transnational crime that affects the countries of origin, transit and final destination. 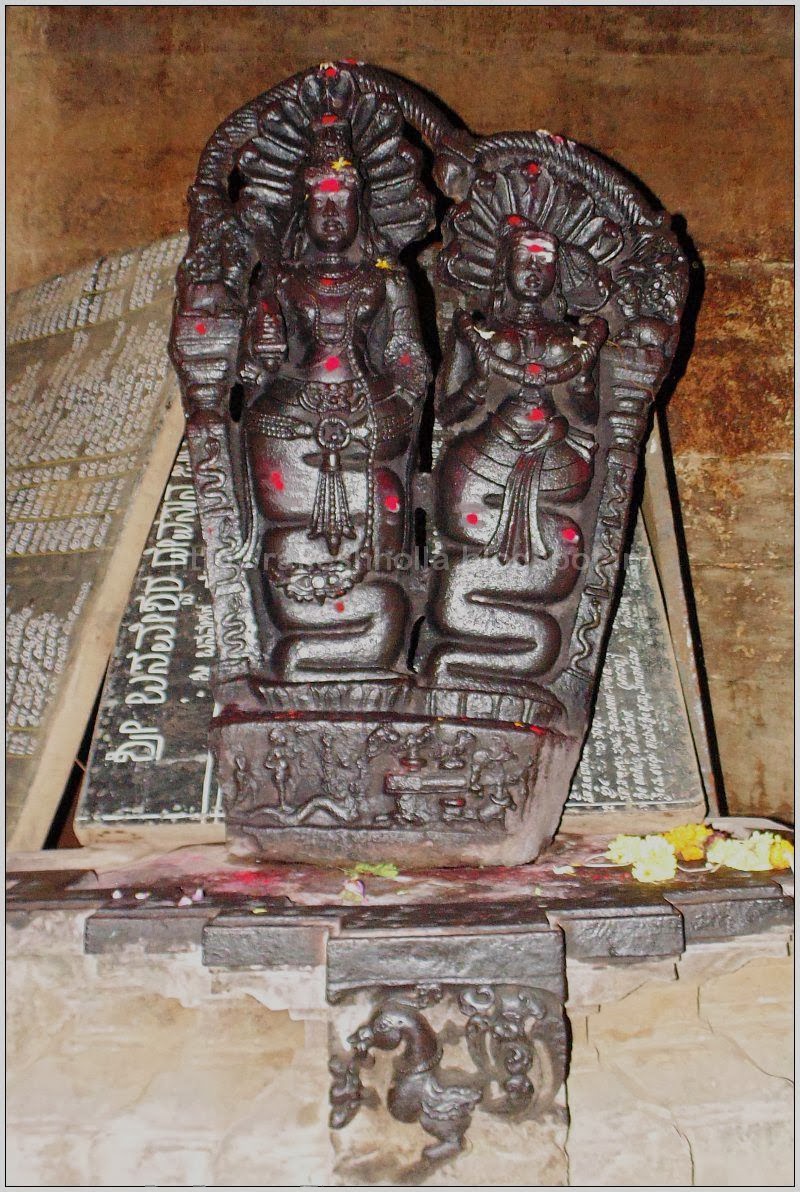 Museum’s Brahma was removed from the Hamsa pedestal in this temple’s southern sanctum. 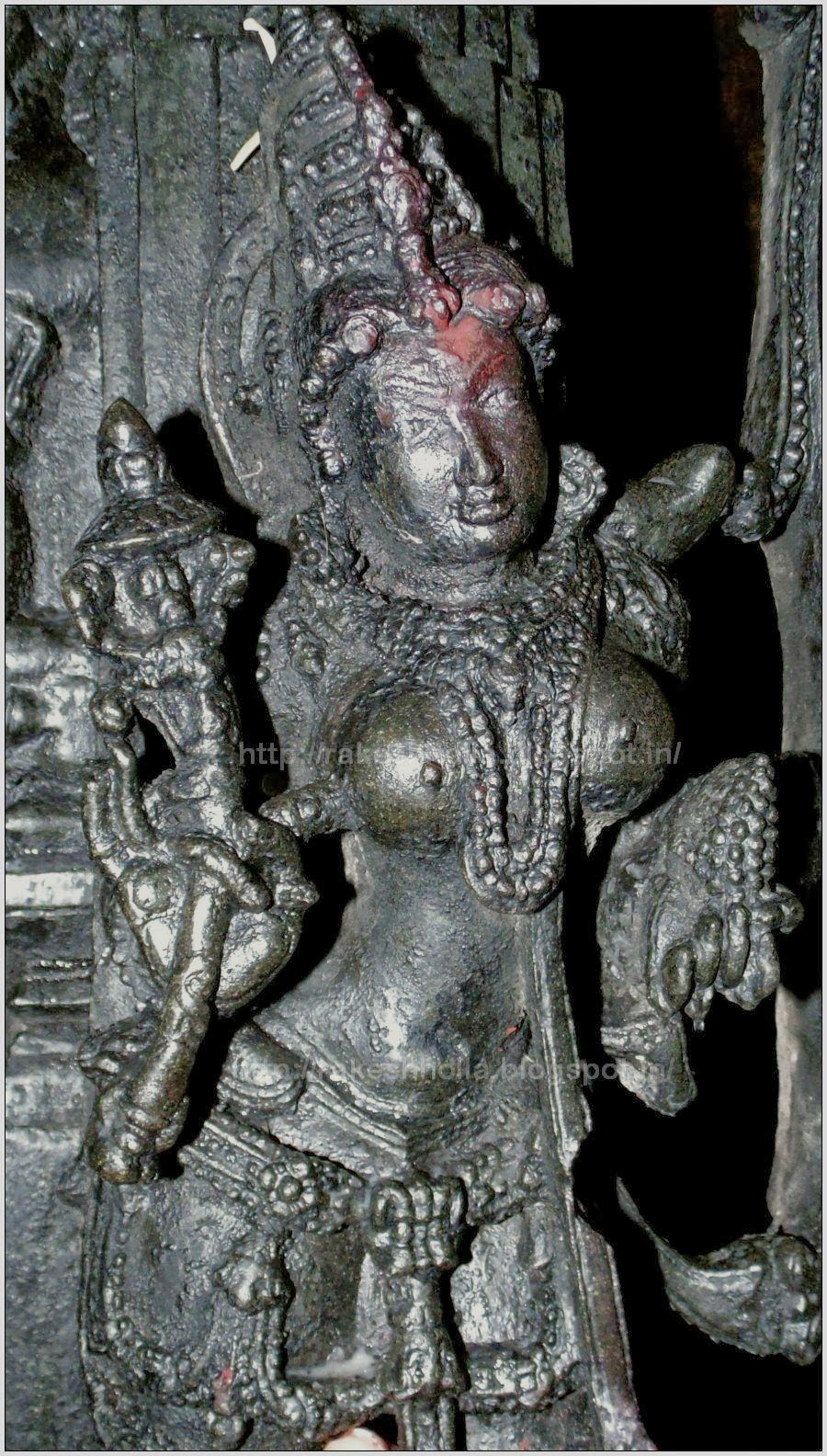 The Navaranga has four niches. At present in one niche original Saraswathi figure is available in damaged condition. Further a huge and very elegantly carved Nandi is available in the Antarala in front of Surya cell. 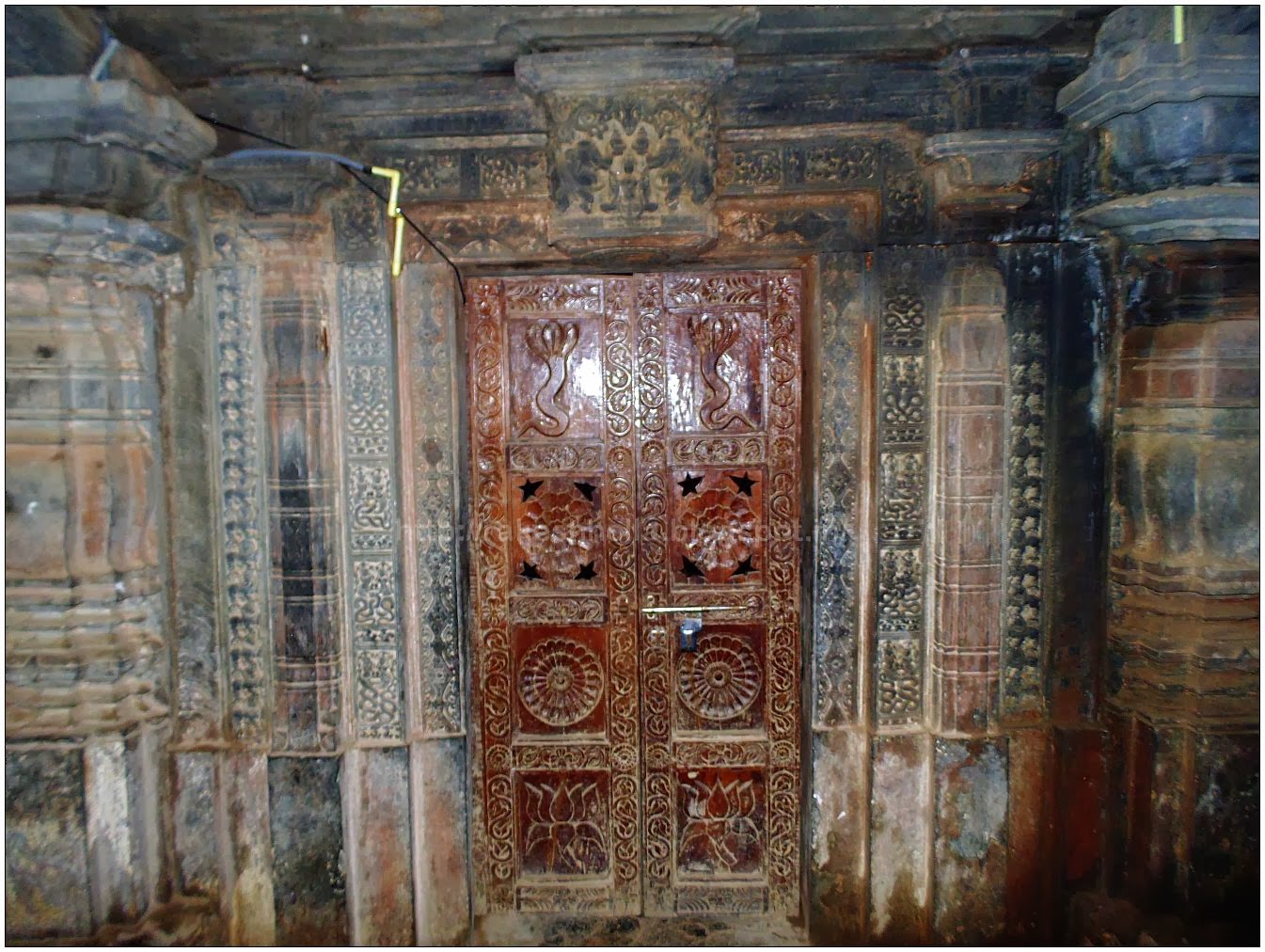 The brick work in top of the roof is the remnants of the original shikharas on four Garbhagrihas of the temple and the Hara portion of the superstructure. It may be remembered here that there is no Later Chalukya temple known to have brick superstructure in the country. Therefore, it is not only unique but also contributes to the history of architecture in Karnataka. 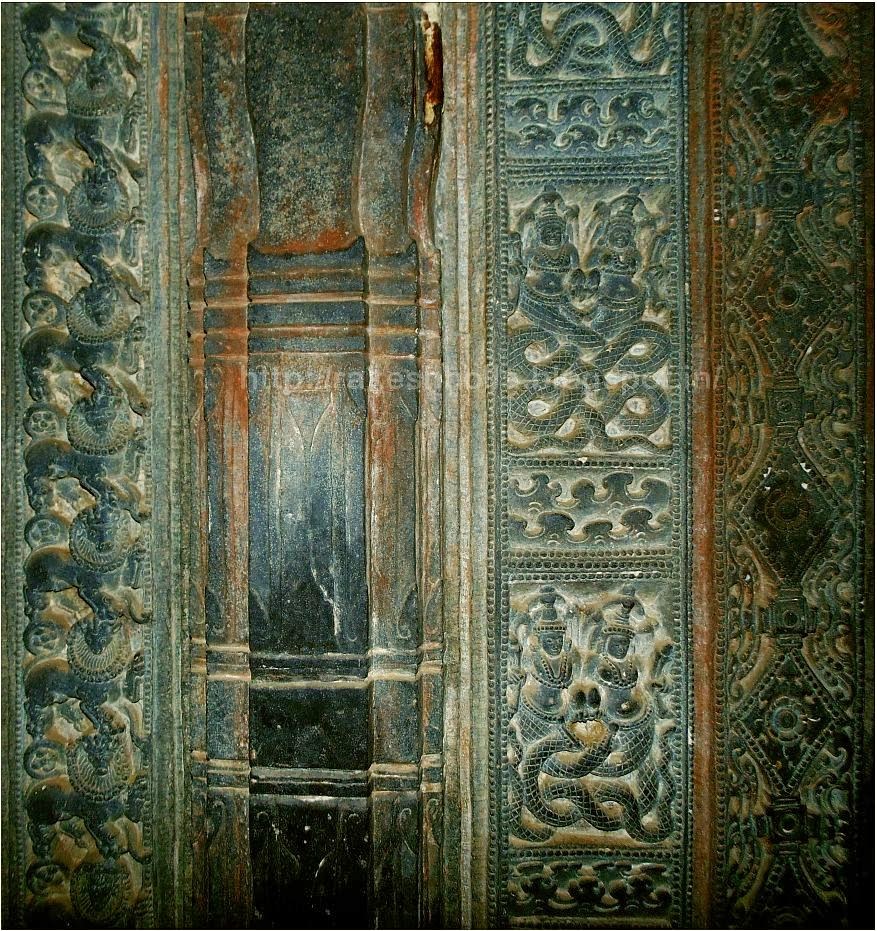 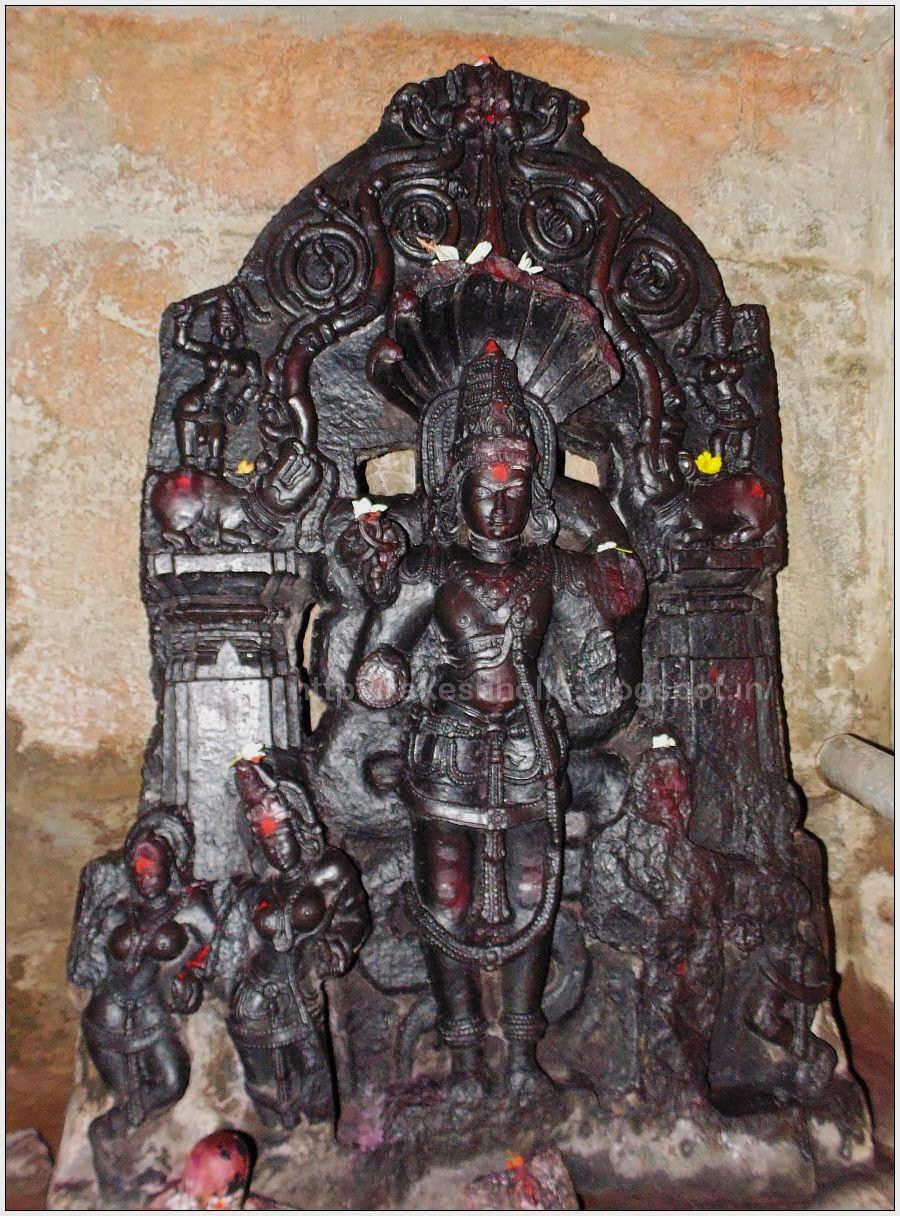 Kalkere village provides a restful escape for those wanting to feel the powerful vibrations from the lord. This unique temple, which contributes to the history of architecture in karnataka, Villagers of Kalakeri took initiative have embarked on preserving and renovating the centuries old Basaveshwara temple. 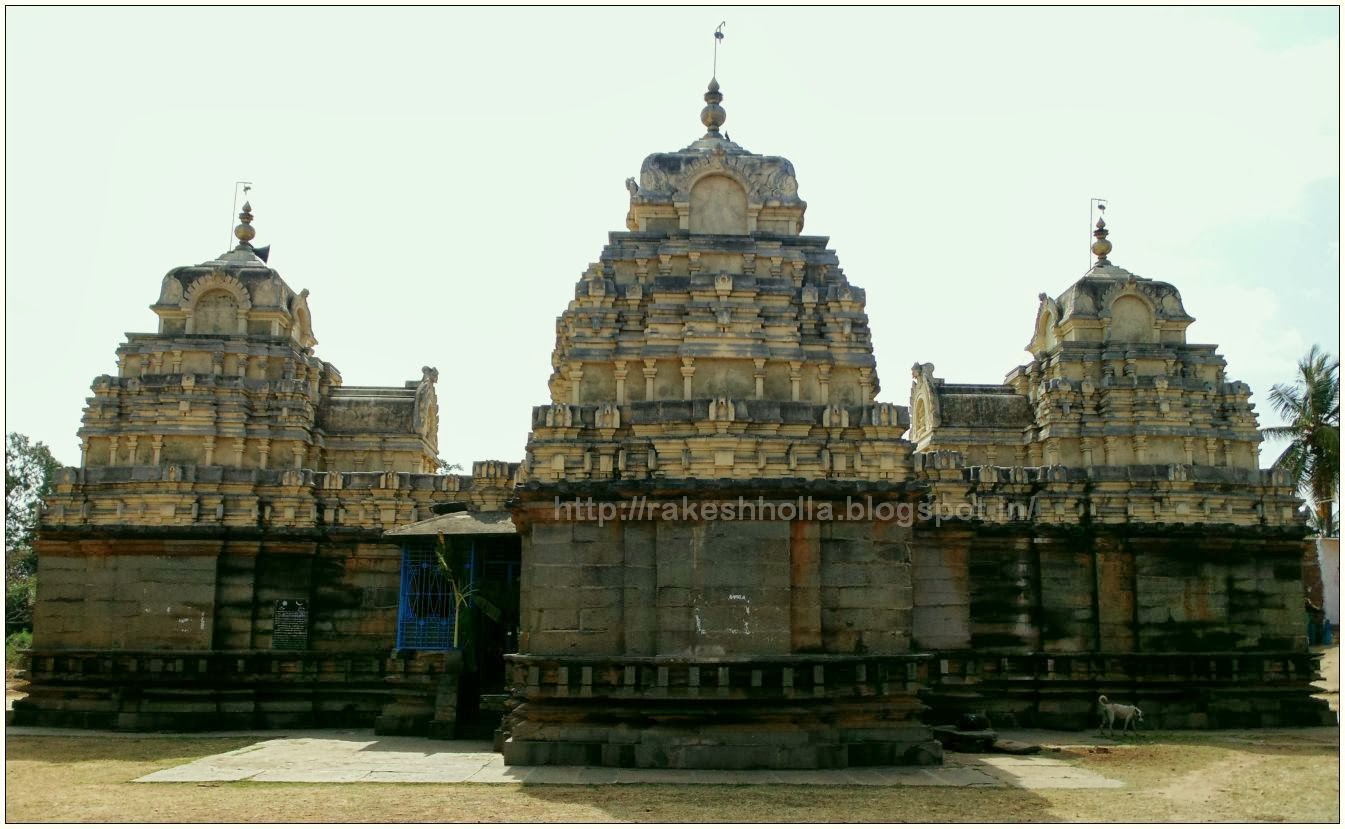 Very nice documentation, along with beautiful photographs. Has the temple renovated recently? I visited it few years back. It was in a bad state then.

@Rakesh, you have shared some impressive images of the black stone deities of the South. I am really impressed by your unique collection of pictures. Hope to read more such insightful and useful blogs in future. I really love reading stories of temple origins.

Hello, liked this page very much . I was not knowing about this place being haverian ! ..btw I like the Bhairavi Devi fingers focussed image

You did commendable work and good presentation. Nice temples with attractive images. Thank you Rakeshji. Keep it up.