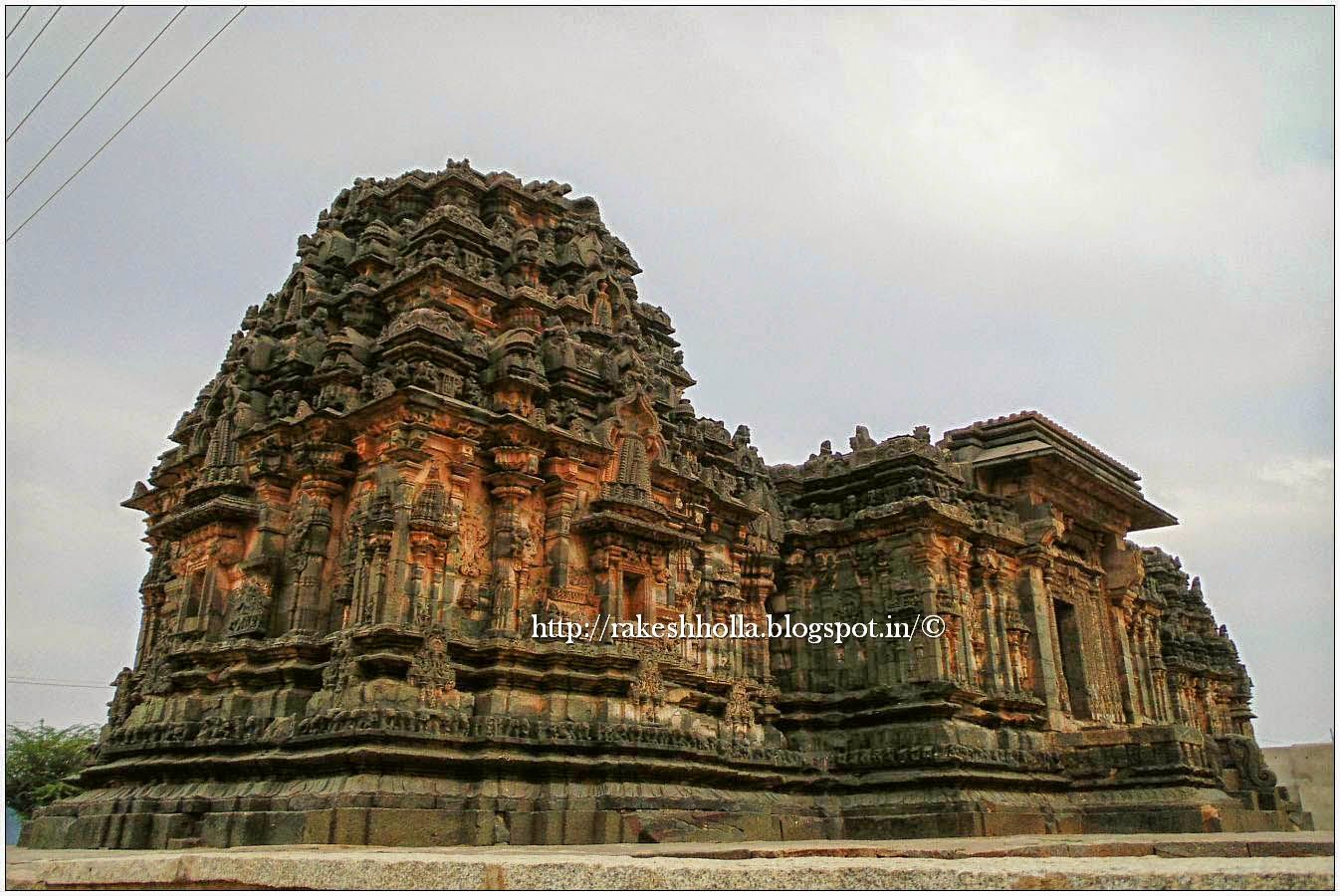 Kashivishwanatha Temple dedicated to Lord Shiva built in 11th century A.D., which is just about 1 km from the bus stand, although there is no entry ticket for this temple but it is still undertaken from Archaeological survey of India (ASI). The place is well maintained by the government and is a protected monument. The complex consists of Kashivishwanatha Temple and Suryanarayana temple opposite to each other and also Nanneshwara Temple on the other side of the road. 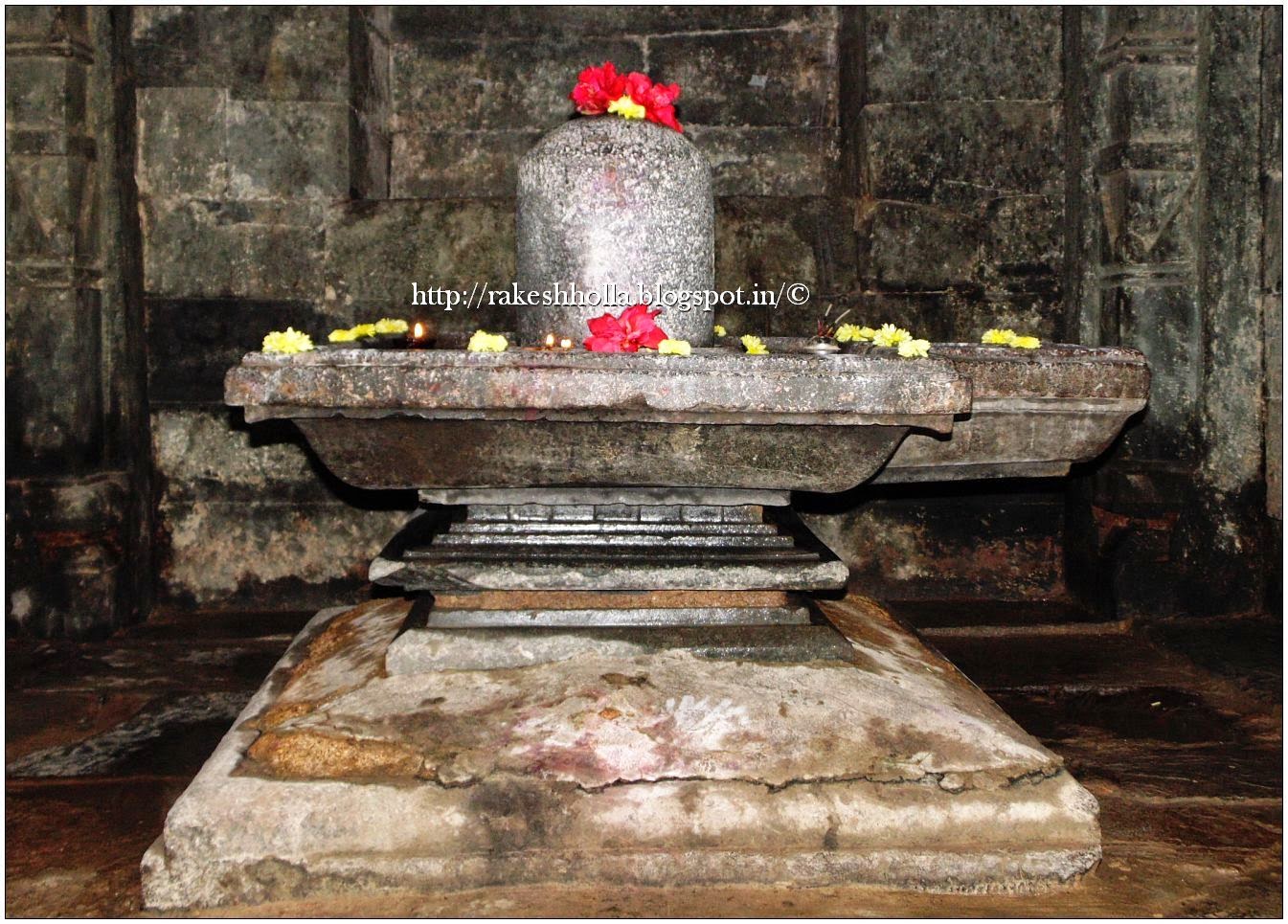 The center of cultural and temple-building activity of the Western Chalukya Empire lay in the Tungabhadra river region, where large medieval workshops built numerous monuments. These monuments, regional variants of preexisting Dravida(South Indian) temples, defined the Karnata dravida tradition Lakkundi in particular was the location of the mature phase of the Western Chalukya architecture and the Kasivisvesvara temple marks a high point of these achievements. According the Henry Cousens, it is one of the most ornate temples in the Kannada spoken region of India. 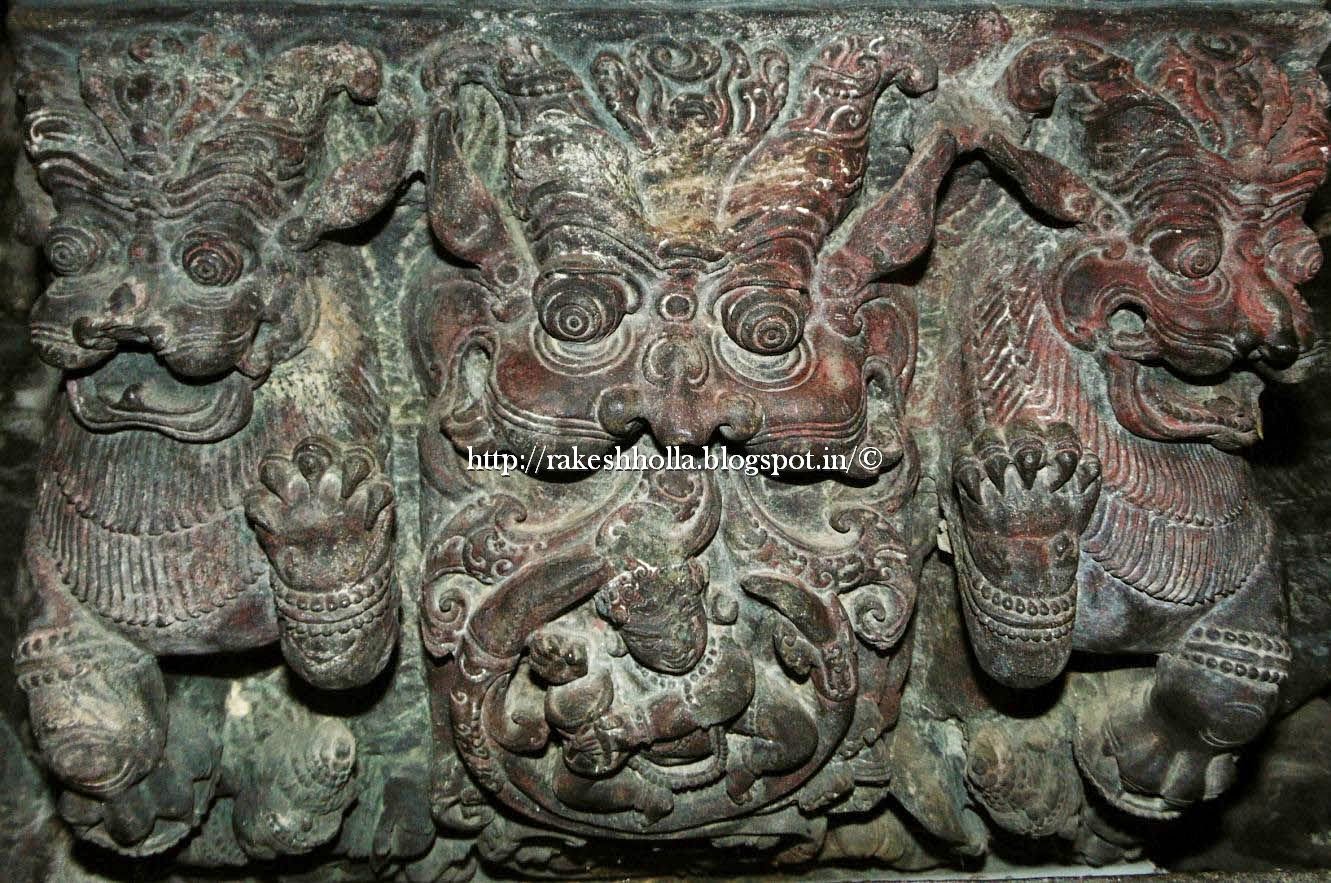 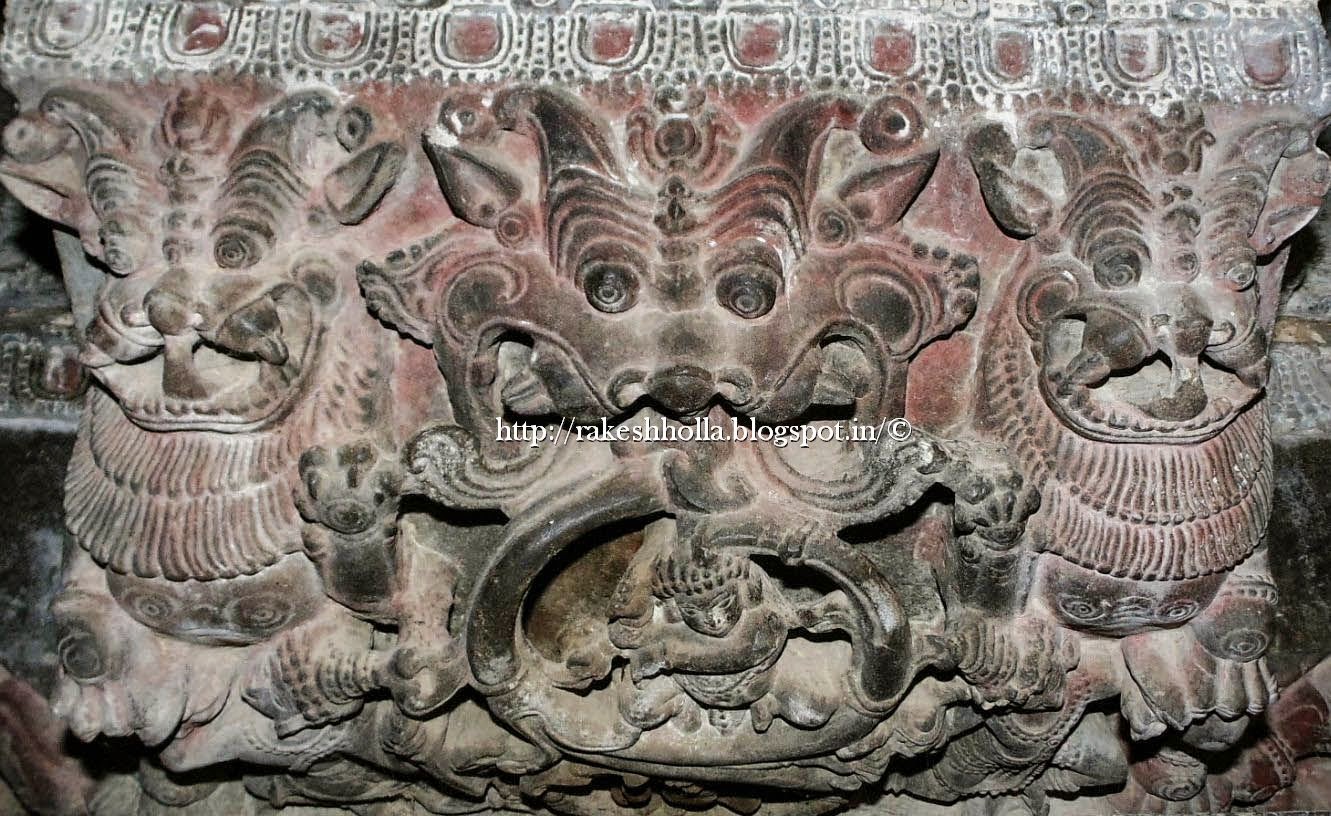 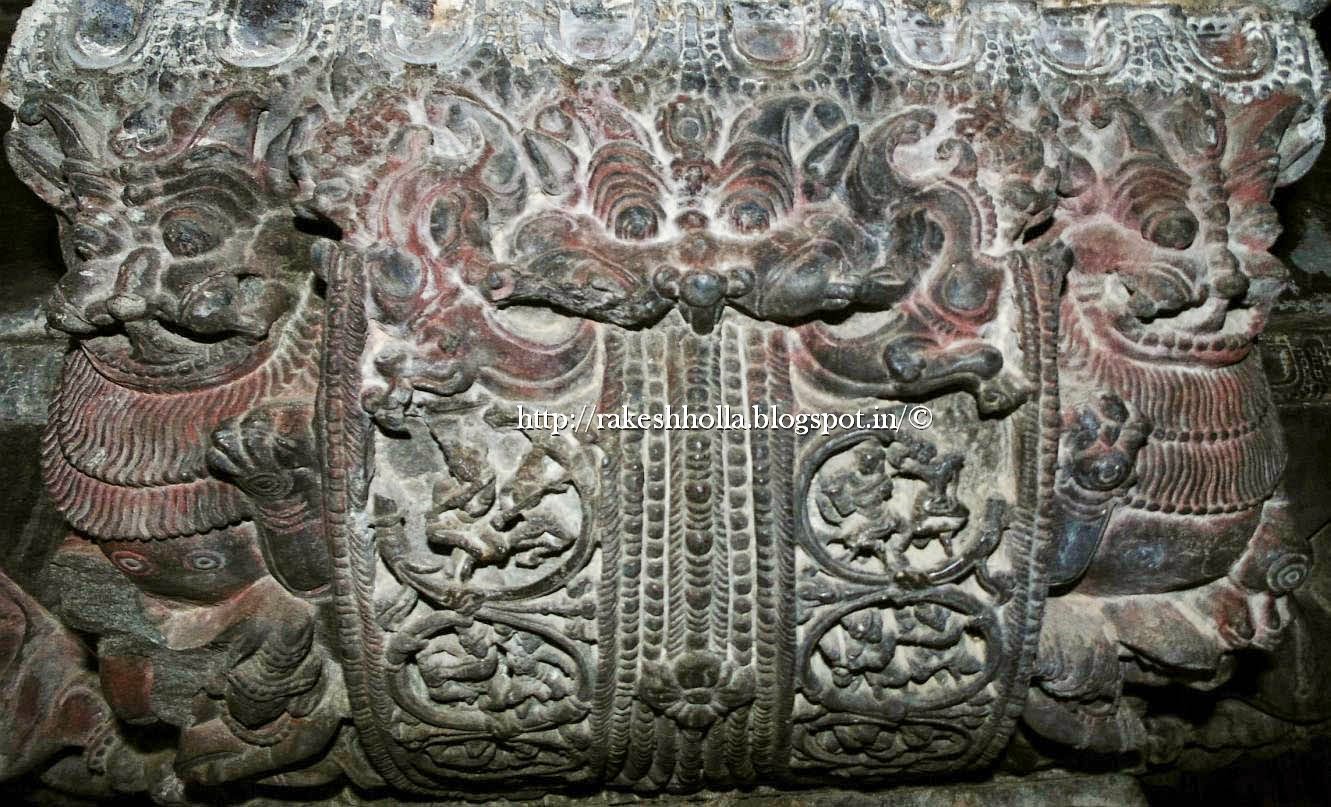 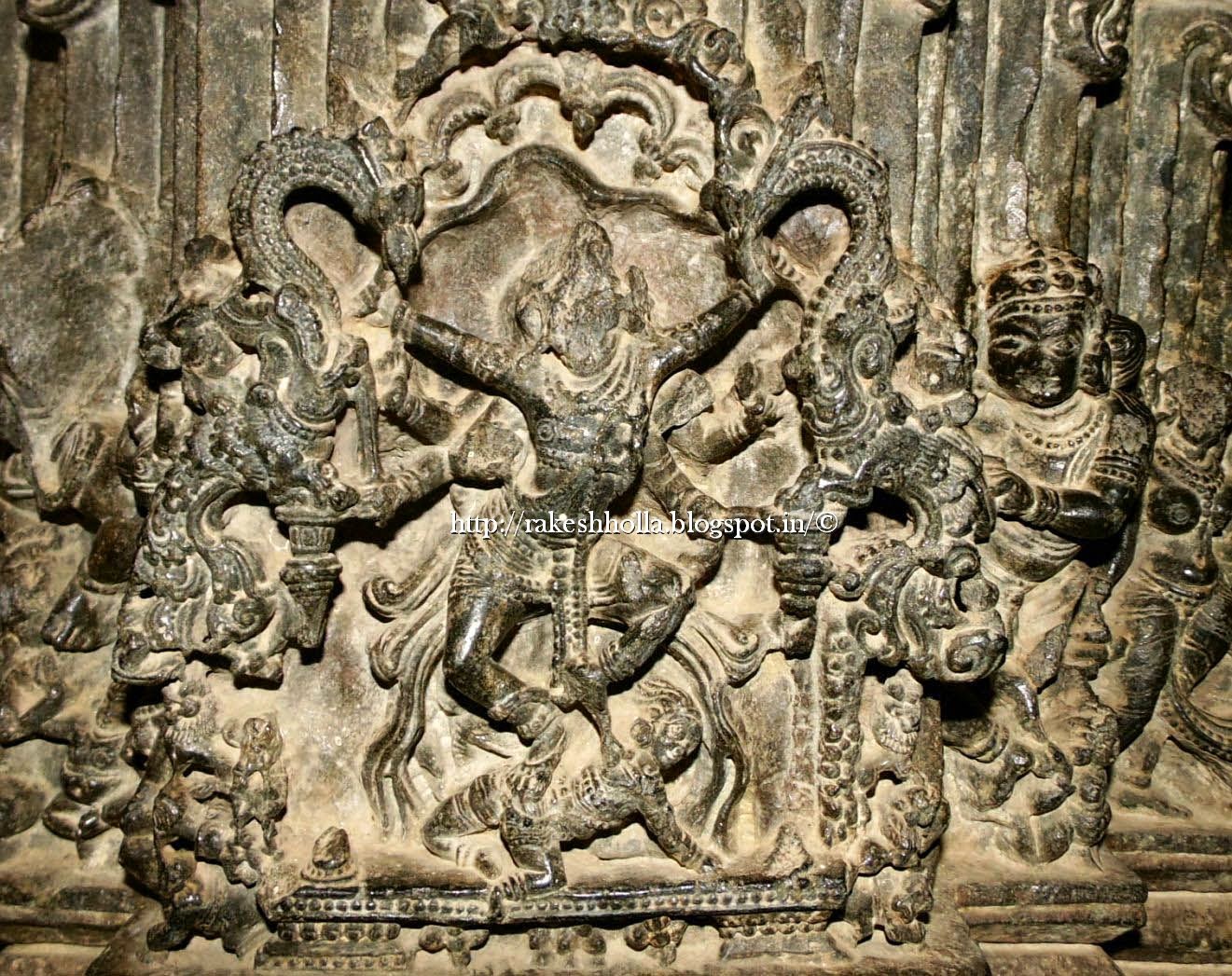 The existence of a 1087 CE inscription on a beam in the temple Mantapa (hall) and the plainness of that part of the temple suggests that the original construction may have been simpler and that the profusion of decoration may have been added to the other parts of the temple at a later period, with the end of Chola invasions of Chalukyan territory. Most of the inscriptions in Lakkundi date from 1170 CE onwards. It is known that Hoysala king Veera Ballala II annexed Lakkundi (also known as Lokkigundi) from the Seunas of Devagiri and made it his capital around 1193 CE. It is possible that the temple may have received embellishment during his rule 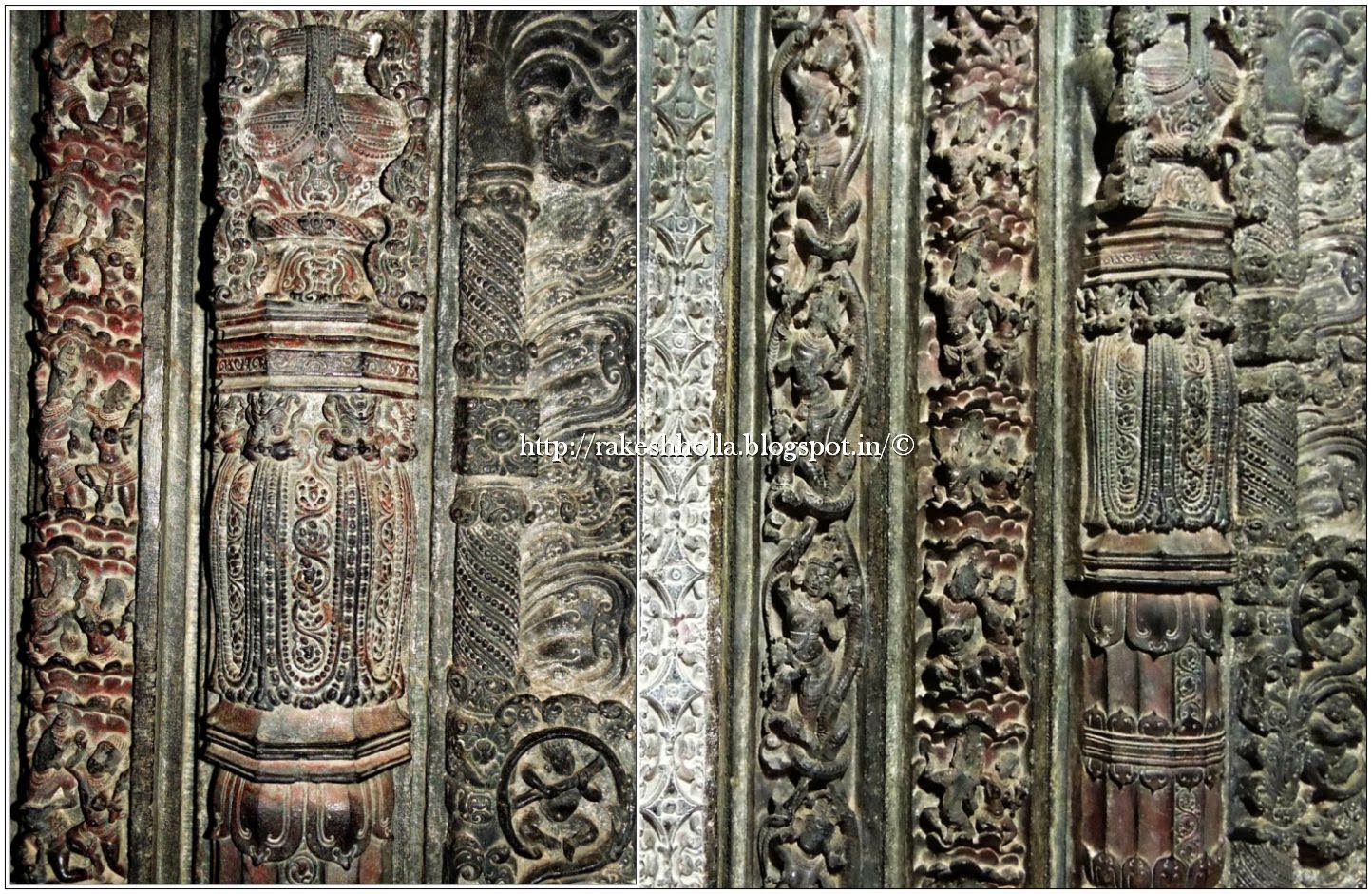 This is a double shrined temple (dvikuta). The shrine facing east is dedicated to Kasivisvesvara (Hindu god Shiva whose universal symbol, a Linga, stands three feet tall in the sanctum. The other shrine, which faces the main shrine is dedicated to the sun god Surya and is called Suryanarayana. The Surya shrine faces west, an unusual occurrence among Surya temples, which normally face east. The Kasivisvesvara temple epitomizes the shift in Chalukyan artistic achievements, towards sharper and crisper stone work not seen in earlier constructions, taking full advantage of the effect of light and shade. Special attention was paid to moldings, arches and other details on the tower, and decorations on doorjambs and lintels. 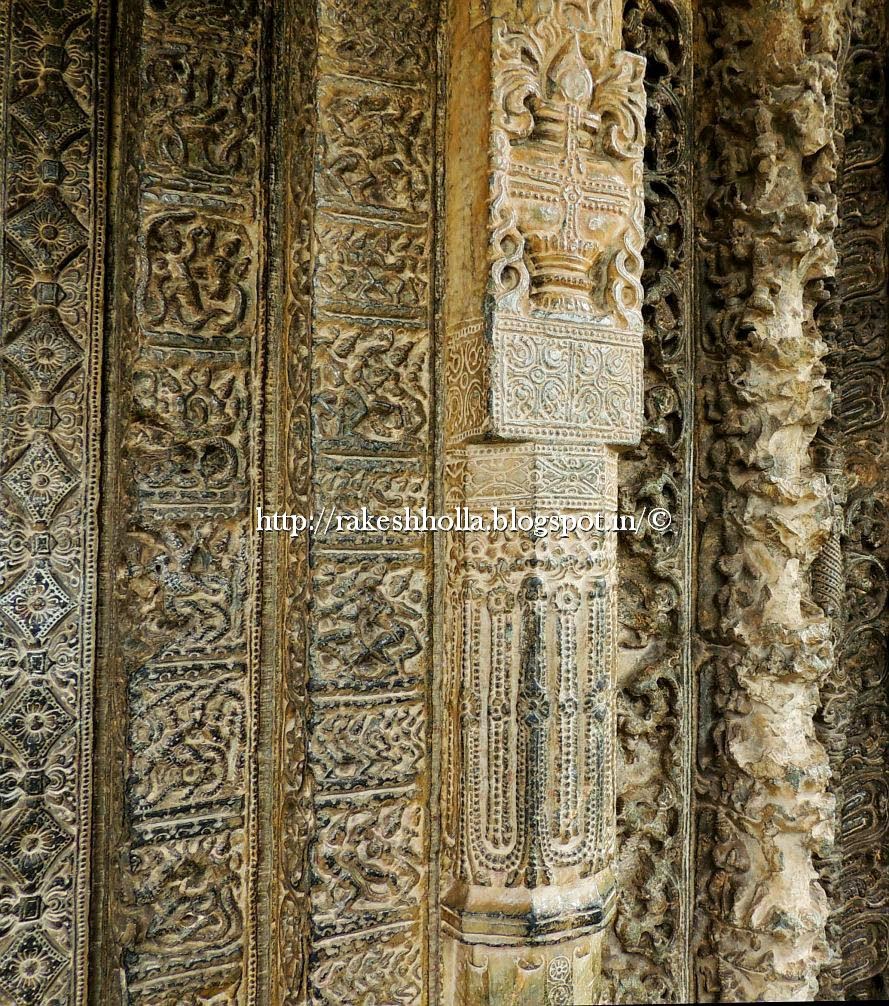 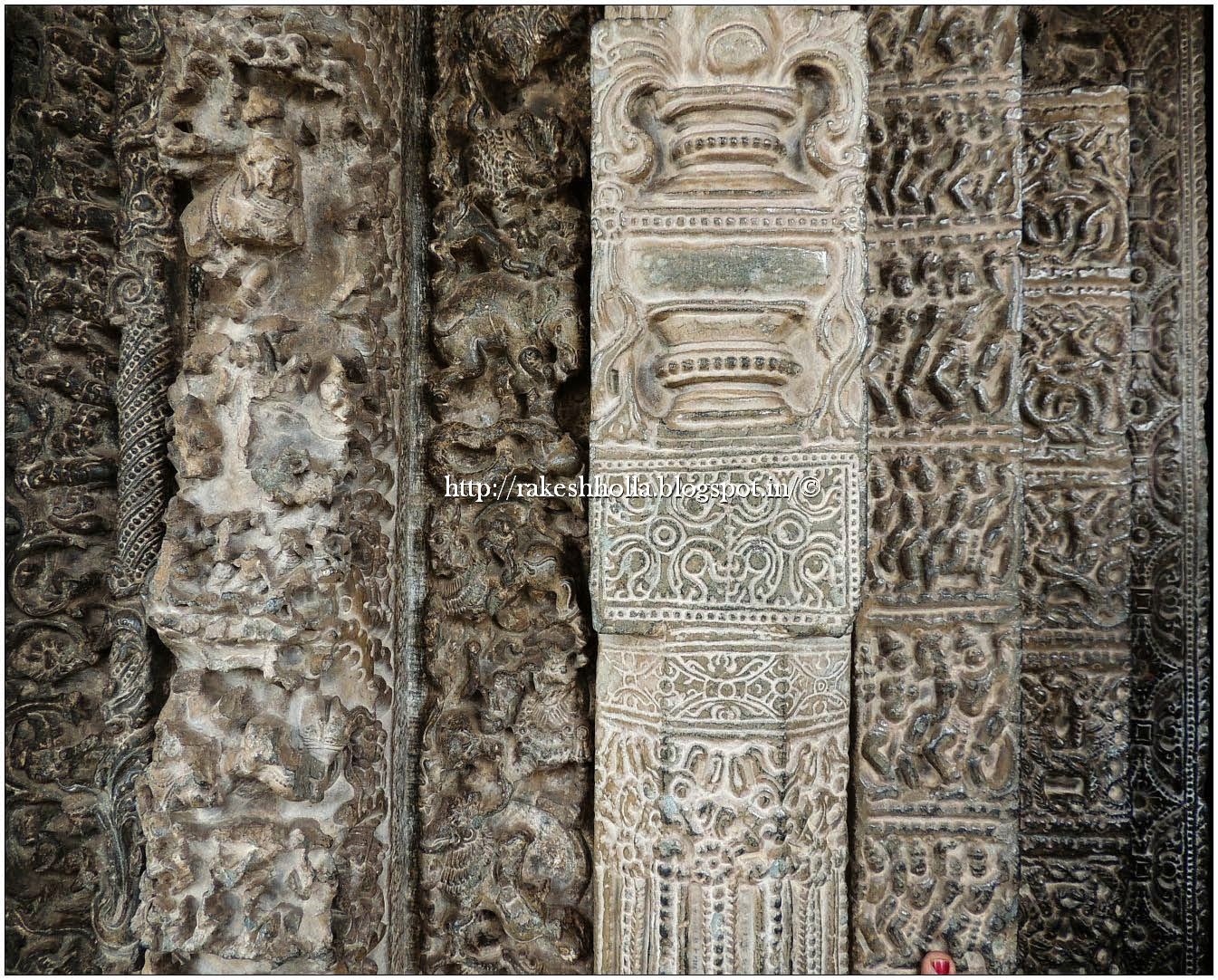 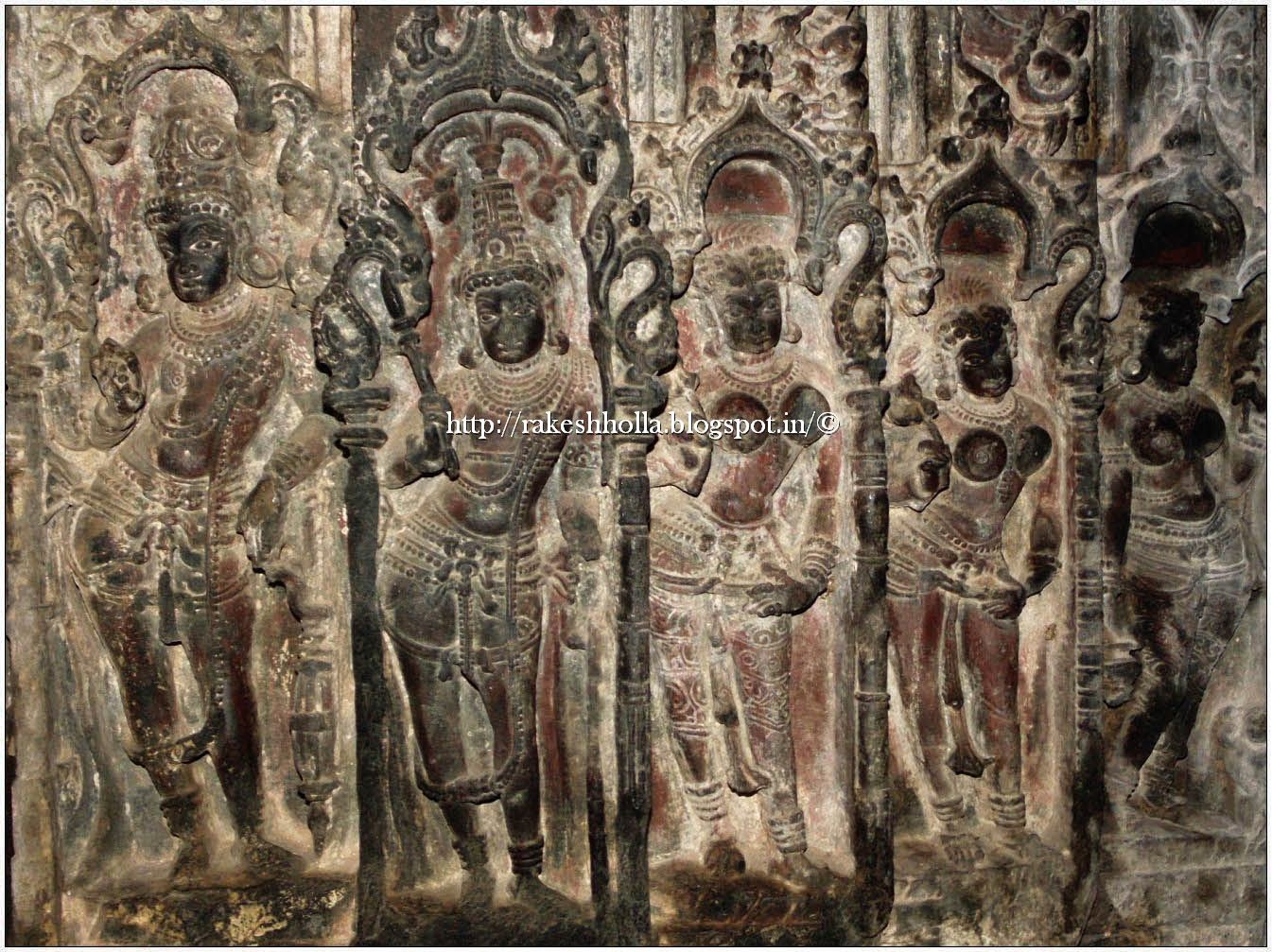 The miniature towers represented shrines, which in turn represented deities. Sculptural depictions of deities were generally discreet although not uncommon. Other northern ideas they incorporated were the pillar bodies that appeared as wall projections Well-known constructions incorporating these features are found at the Kasivisvesvara Temple and the nearby Nannesvara Temple. 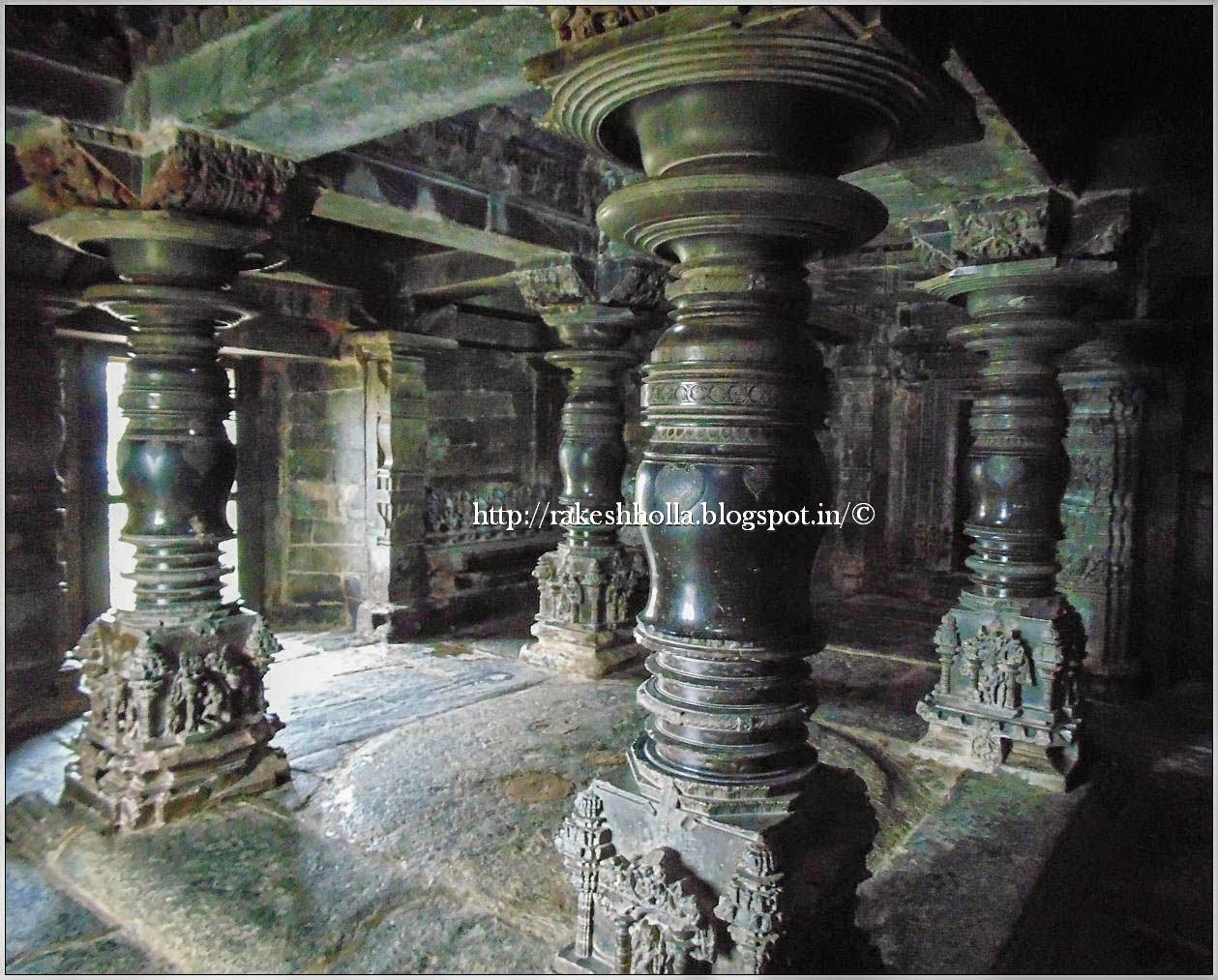 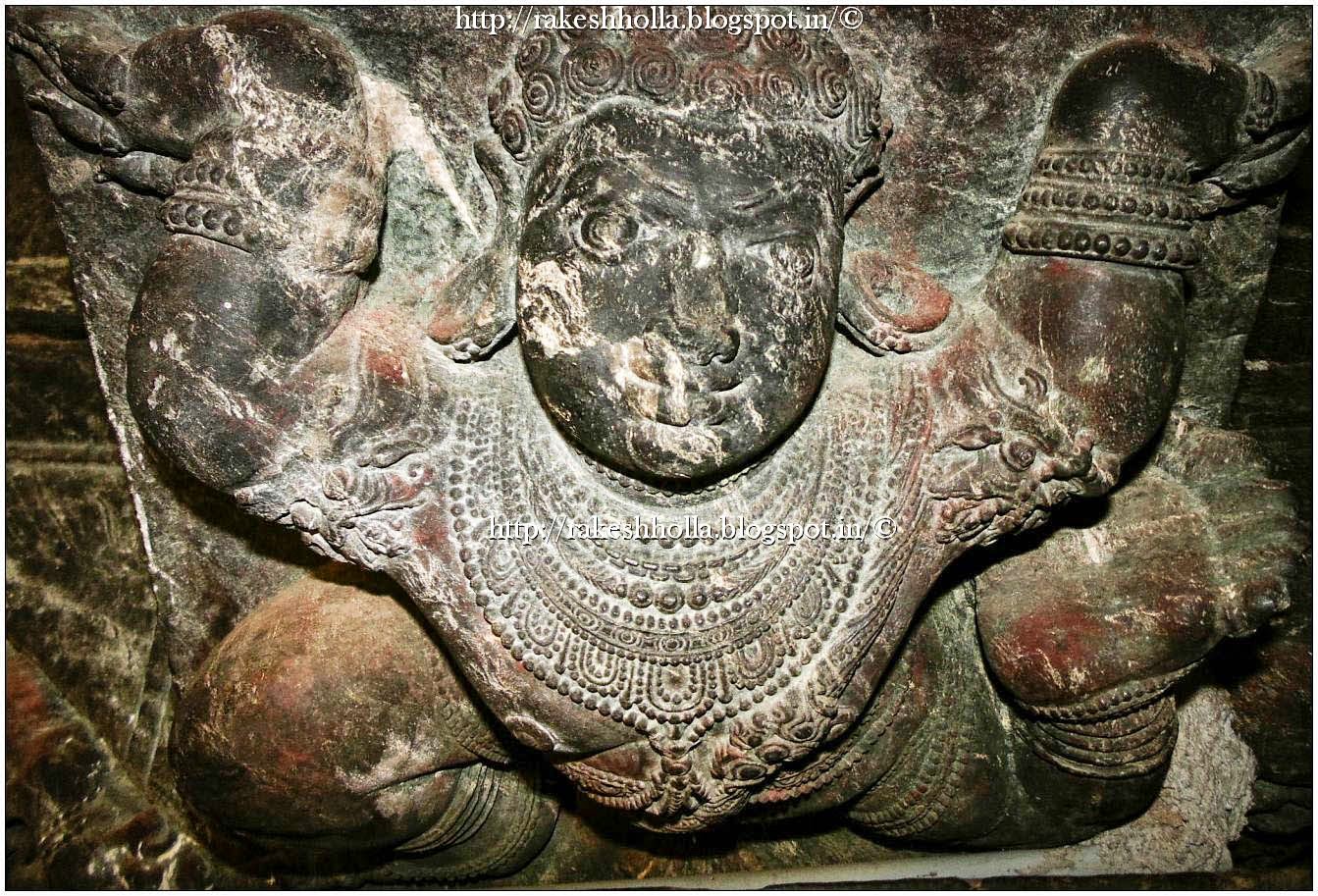 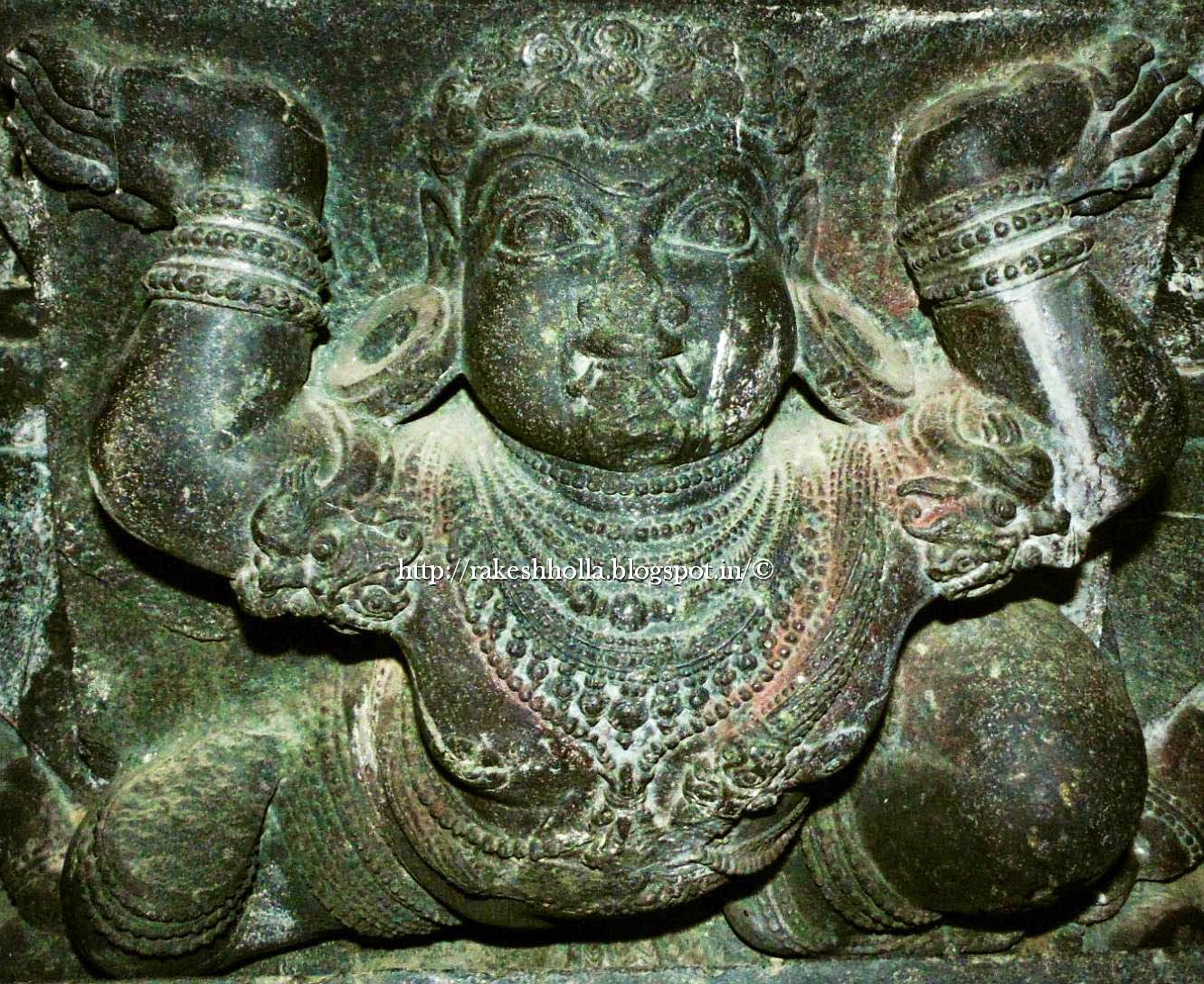 According to Cousens, the doorpost mouldings on the southern and eastern doorway are worthy of mention. On both sides of the southern doorway are four inner bands of scrolls which run up the sides and around the lower part of the entablature above. Next to these bands, on either side, in the centre, are tall columns or pilasters supporting the lower cornice above beyond these columns, on either side, are four more bands of decorative mouldings. On the lintel of the doorway is a dedicatory block containing an image of Gaja-Lakshmi with an elephant on either side, In fact, in the Kannada spoken regions, it is common to find the image of Lakshmi in the dedicatory block on the lintel irrespective of the temple's original dedication; whether the principal deity was Shiva, Vishnu or Jaina. 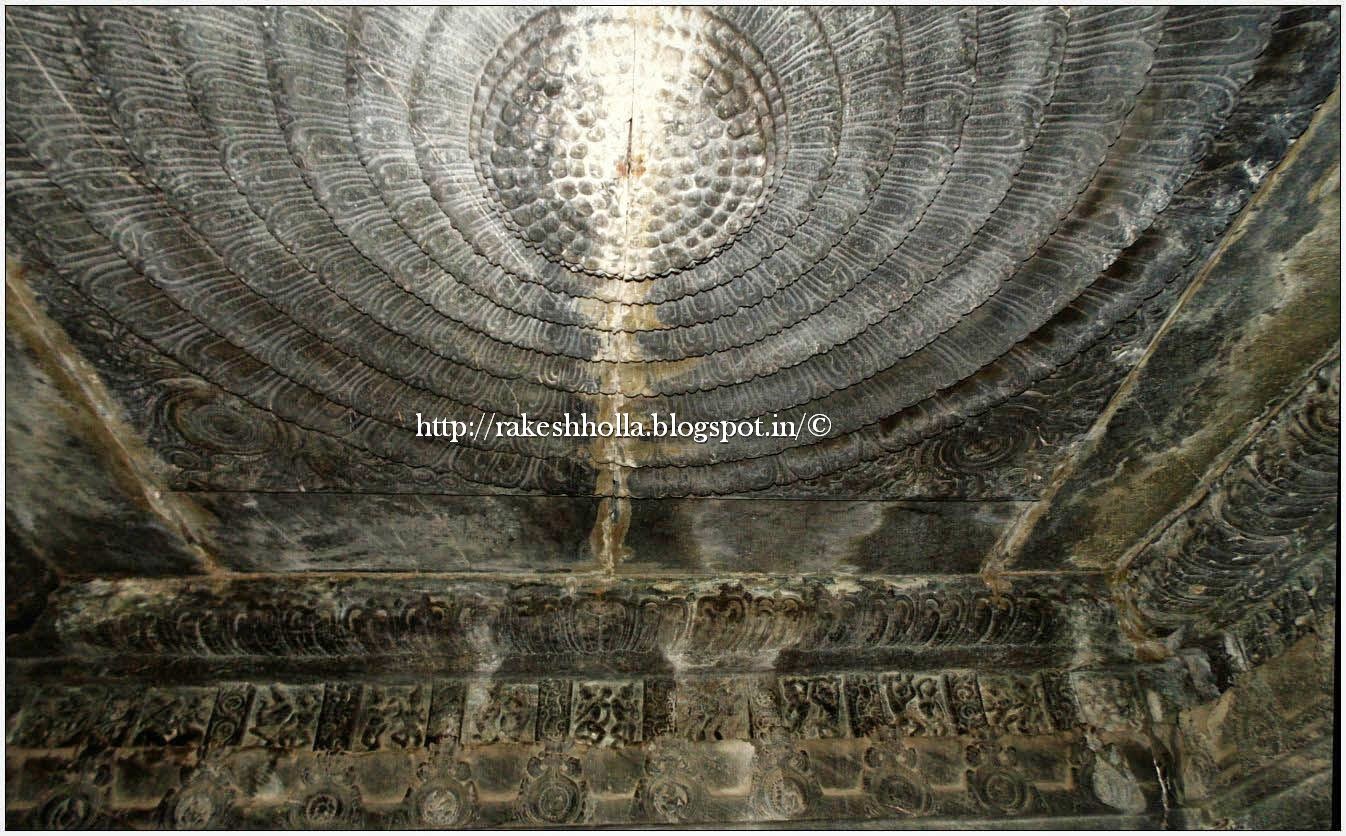 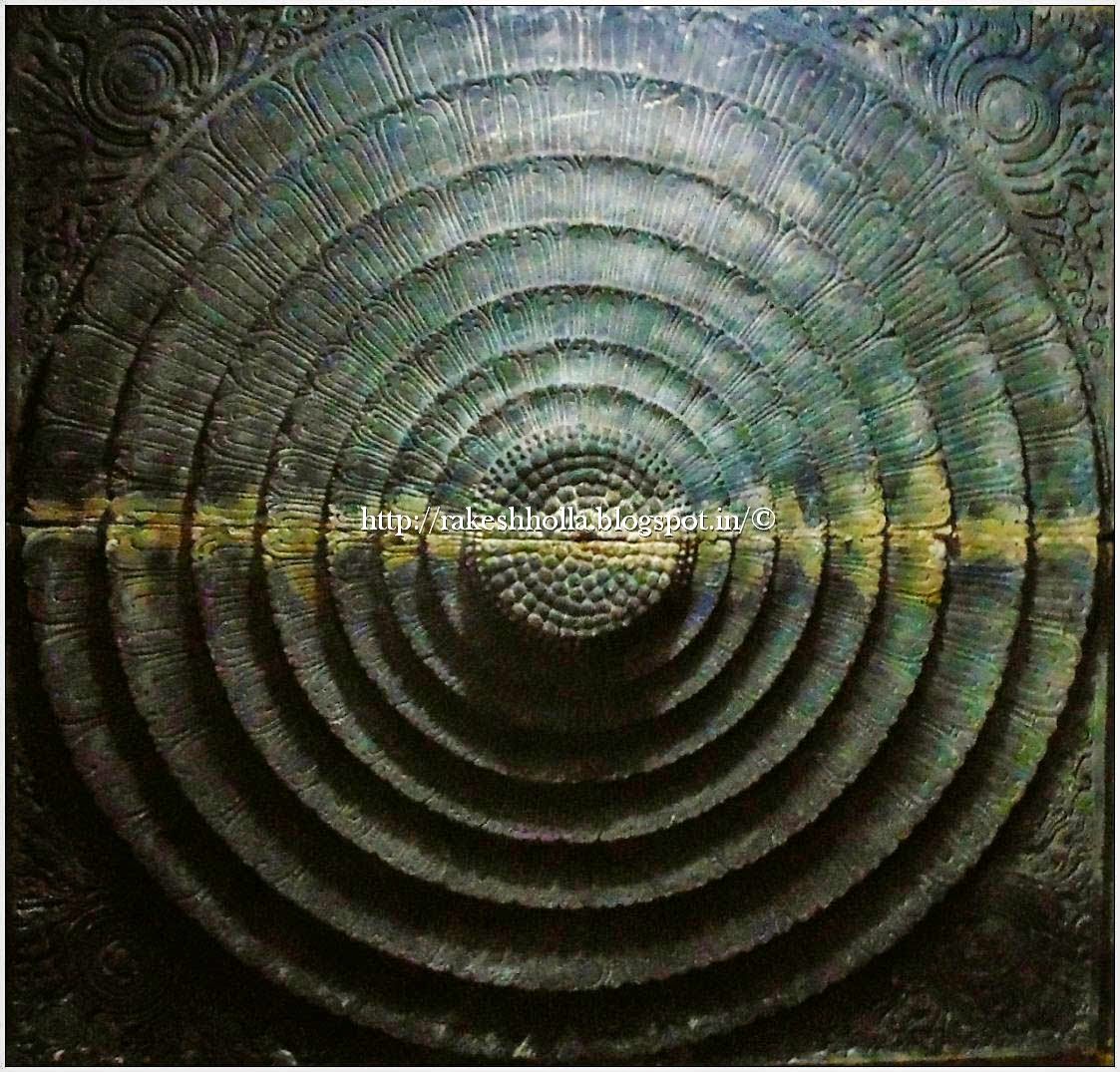 Above the lower cornice, the entablature consists of small figures, now numbering only three (must have been eleven originally) standing under cusped arches. Above these figures is a valance of beads hanging in festoons. According to art historian Cousens, the decoration on the eastern doorway, though not a fine as on the southern doorway, is worthy of praise for its filigree work. The doorway to the shrine (sanctum) rivals the exterior ones in finish. The dedicatory block on the lintel has an image of Gaja-Lakshmi and her elephants. Above the cornice is a procession of men and animals. These images, which are barely six inches tall, include horsemen and musicians. Above these images are the trinity of Hindu gods: Brahma, Vishnu and Shiva. 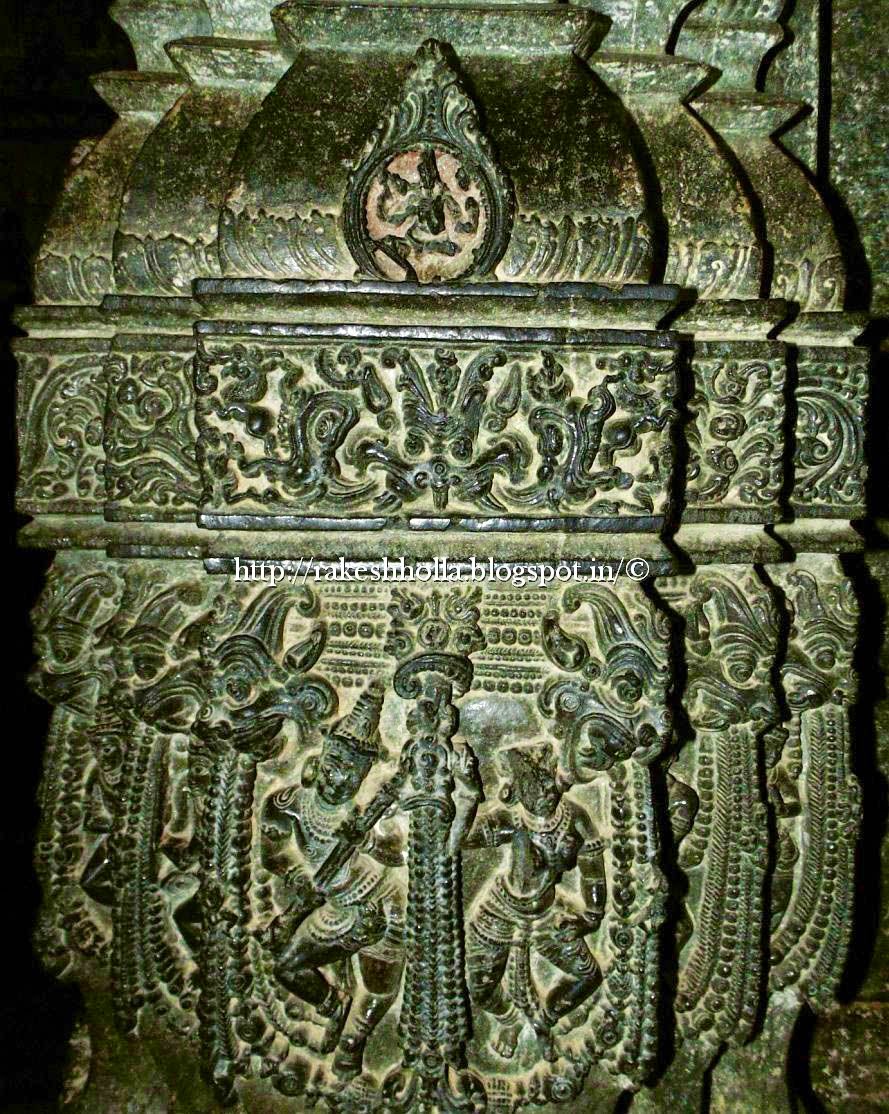 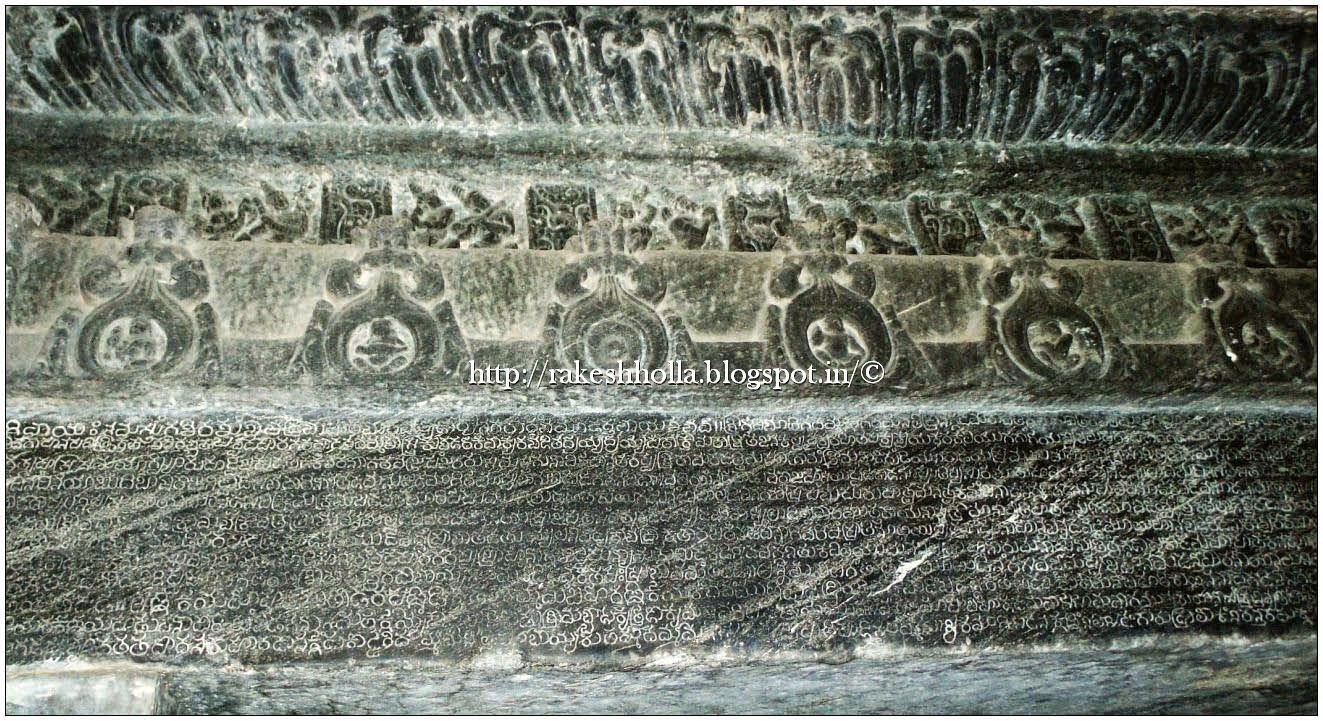 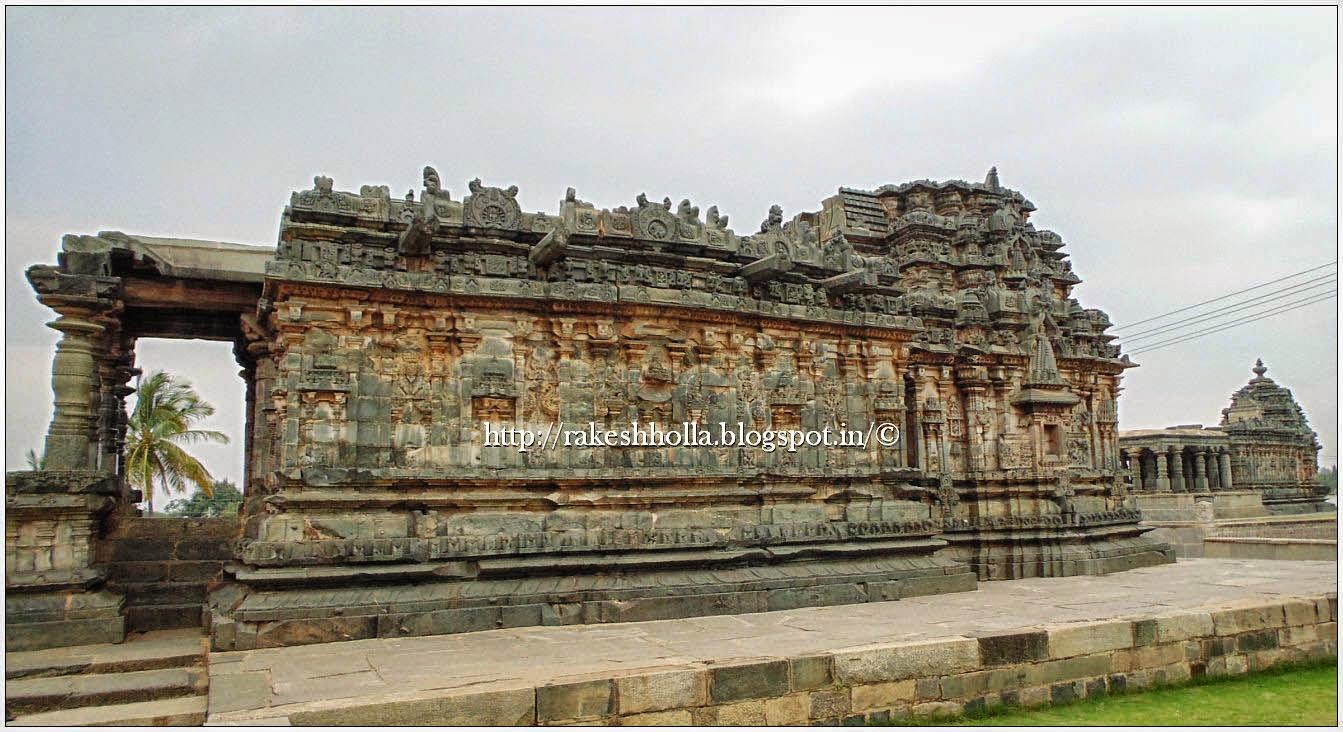 The finial (Kalasha) and the capping structure of the tower is missing. In the temple hall, the pillars, their capital, and brackets figures above the capital (which include little lions, kirtimukhas and scrolls) are evidence of expert workmanship, the kind found on ivory or silver. The artisans fully availed the workable properties of finely grained stone (soapstone) to produce polished pillars whose shafts have a rounded appearance obtained by using a lathe. 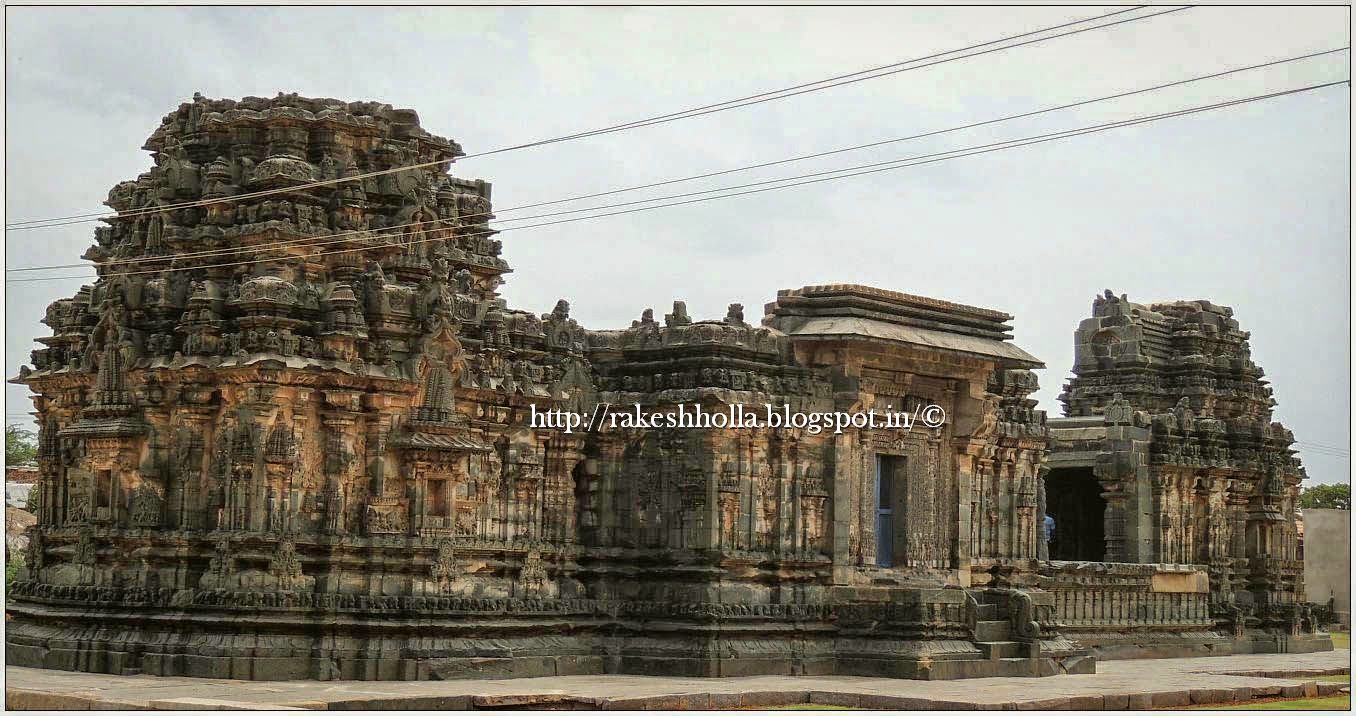 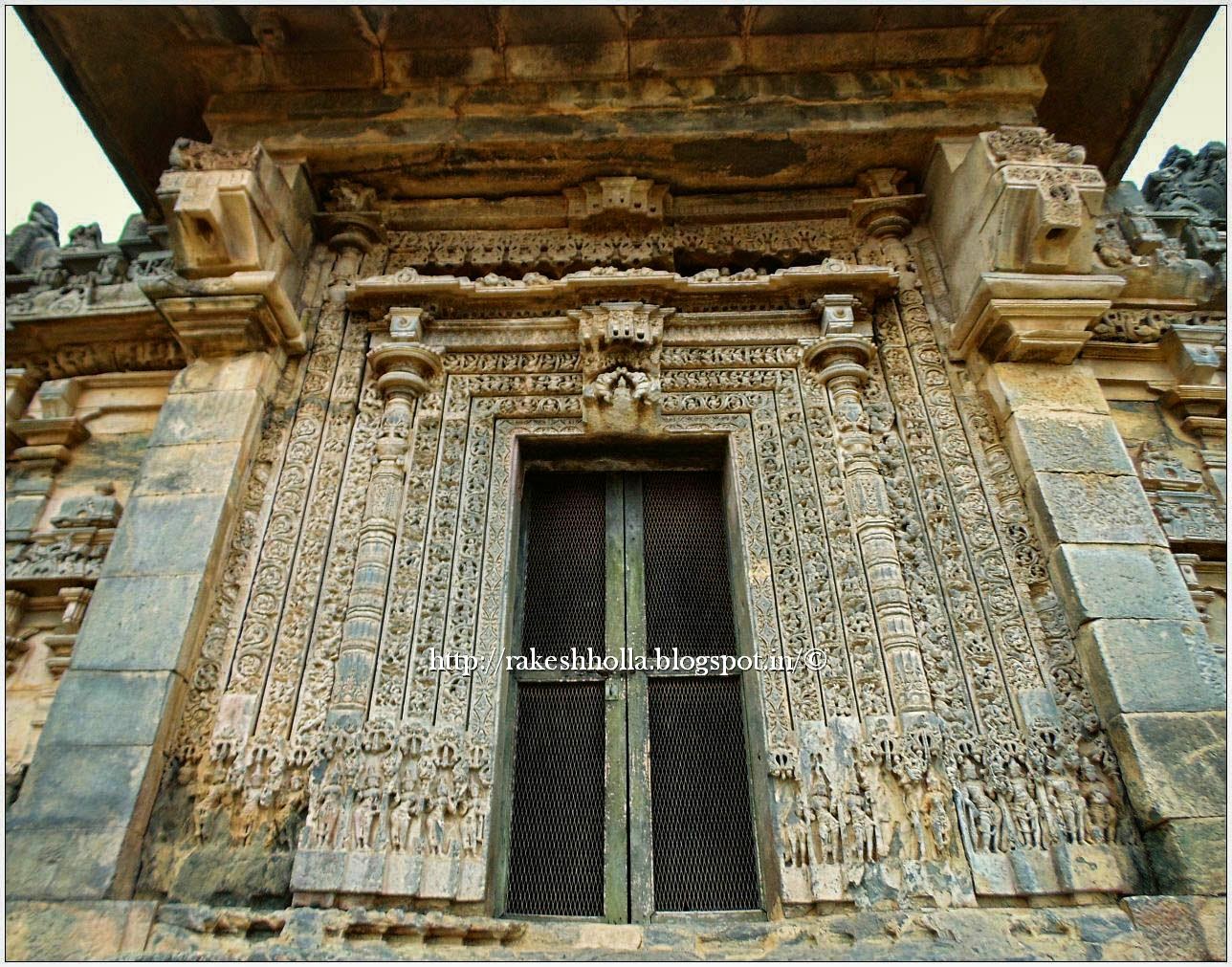 Then there is the Kirtimukha or the legendary face which was the main sign of the rulers of those times and these are seen carved on the outer part of the temple. This temple has a door on the southern side. This door too has a lot of paneled patterns. There is Makara which is a very strange creature with an elephant trunk, a peacock tail and a crocodile body. This is supposed to be a Hindu mythical animal and is considered to be the vehicle of the Gods Varuna and Ganga. Lord Shiva is shown as an infant in the temple and is supposed to be the only place where the Lord is shown in this manner. 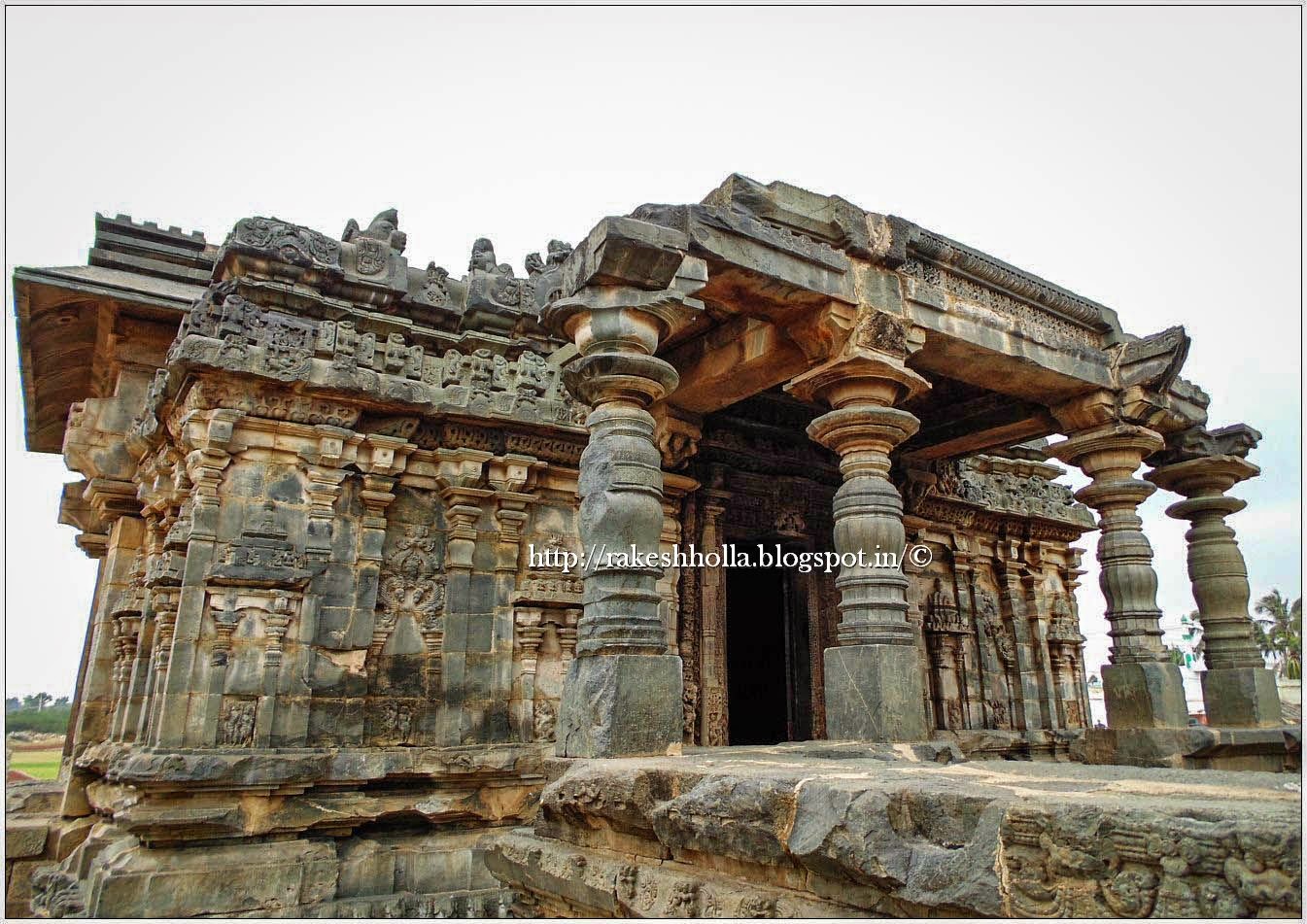