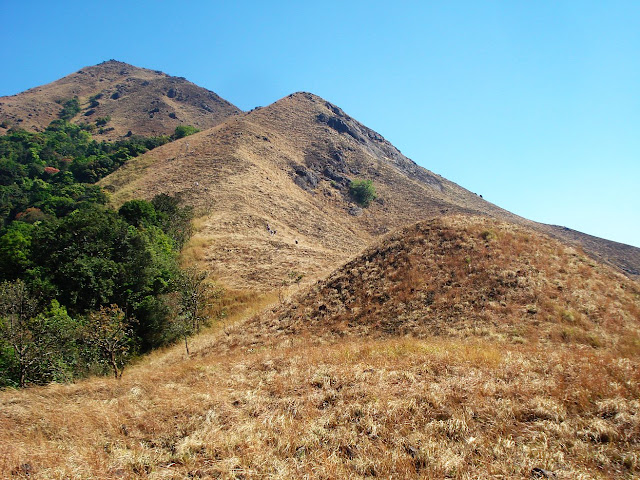 25th morning we all got ready a little earlier than previous days because everyone was little scared about Mugilgiri its dry vast journey. If we start early in the morning we could get small respite from the sizzling sun. This time our team size become big we had combined both teams after a short time we entered into the jungle. Initially after 1 hour of continuous climbing in the thick forest we reached open beautiful grassland area, since I was with last team the first 2 batches were little far away from us. 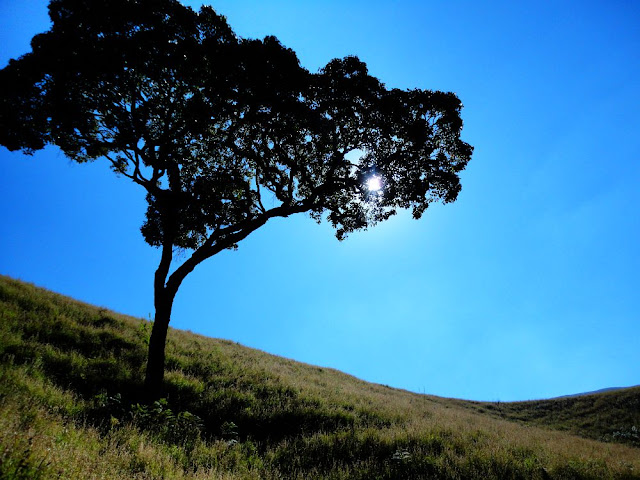 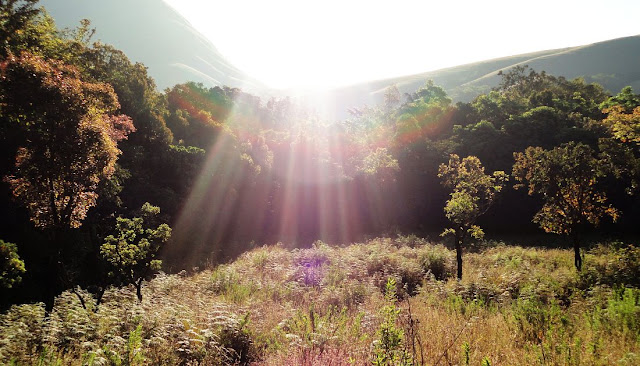 We were able to see the main peak at a distance from the grassland area but to get a clear view we had to cross 2 smaller mountains initially. The sun had started blazing but we walked steadily and we crossed 2-3 mountains on dry grassland. 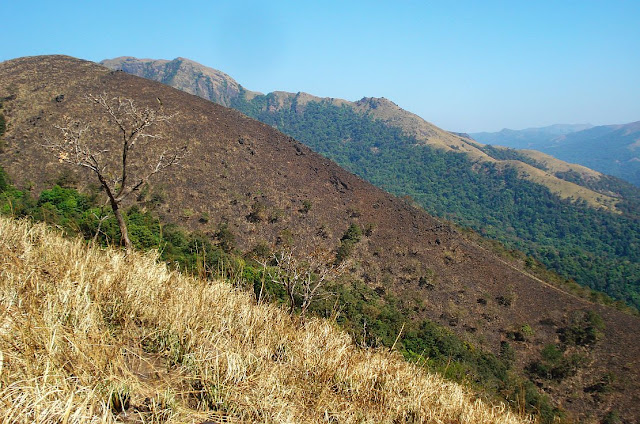 Across the journey it was quiet breezy so it was less strenuous. But later sun became brighter so our journey became slow. The slope got very steep near the summit after a hard attempt we reached the peak we were the last batch and we reached 1 hour late from first batch. 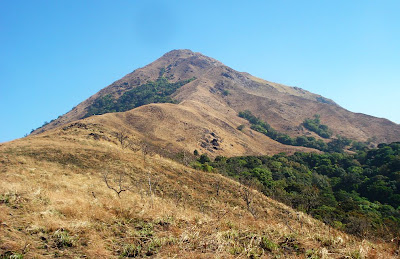 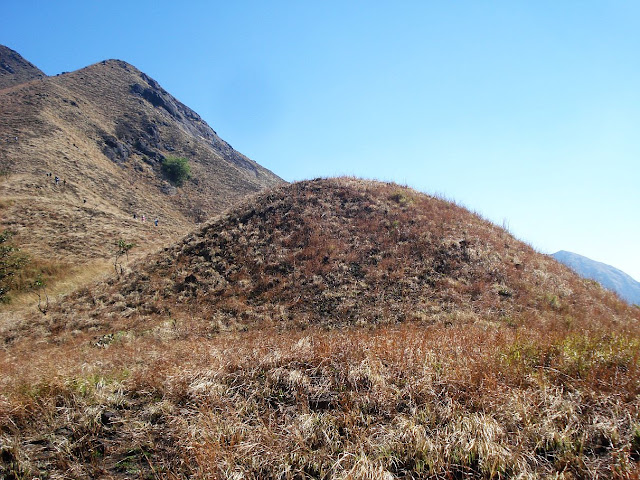 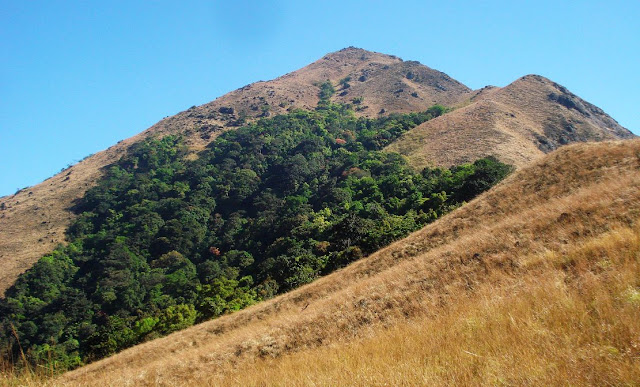 The view from the summit of this peak are outstanding AramaneGudda,OmbattuGudda,Venkatagiri & another side beautiful Charmadi range; from top we could see the tremendous beauty of Kempuhle river which appeared like a blue snake crawling between greenery . 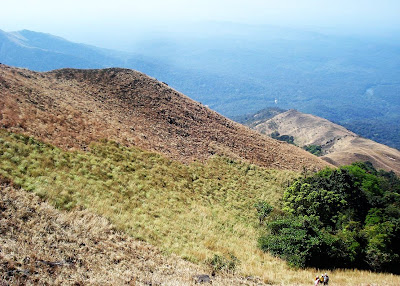 I had spent nearly every minute of the day pushing hard and hiking in the heat, and had very little time to spend on the summit and enjoy the great accomplishment of getting there. 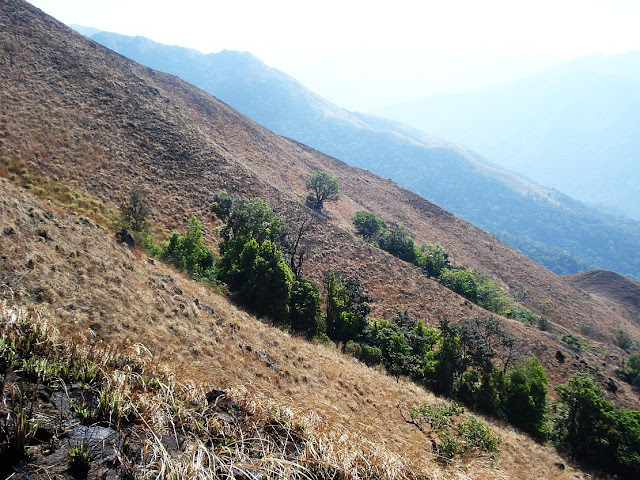 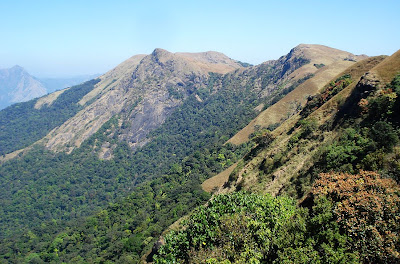 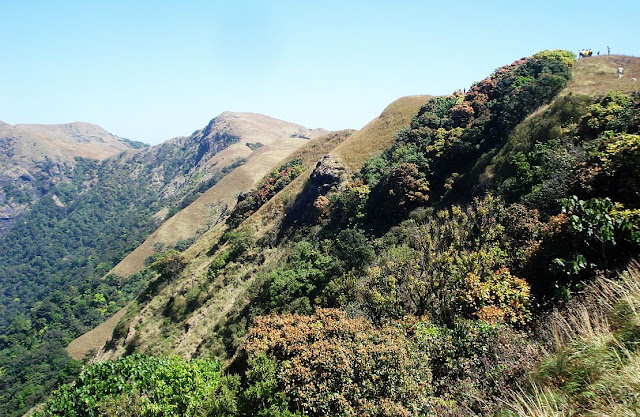 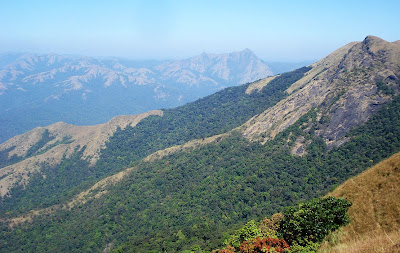 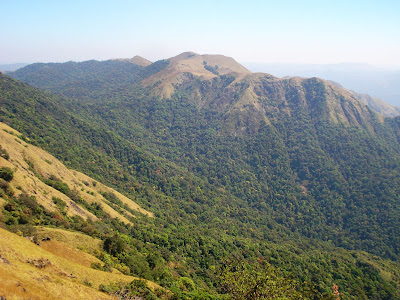 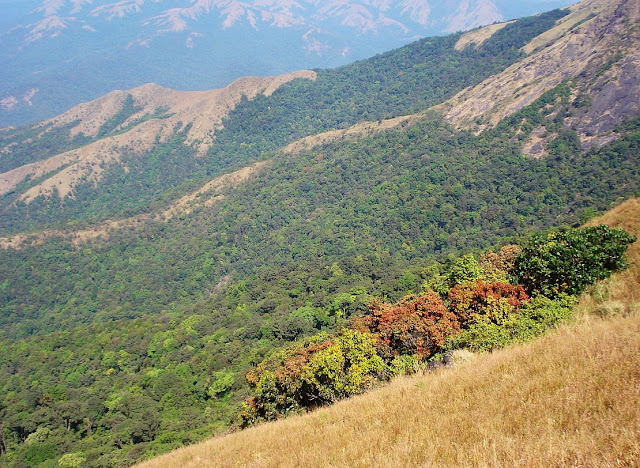 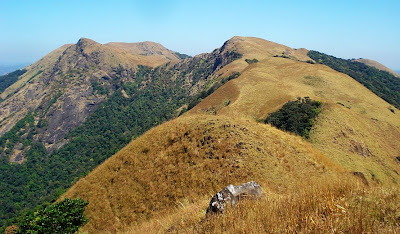 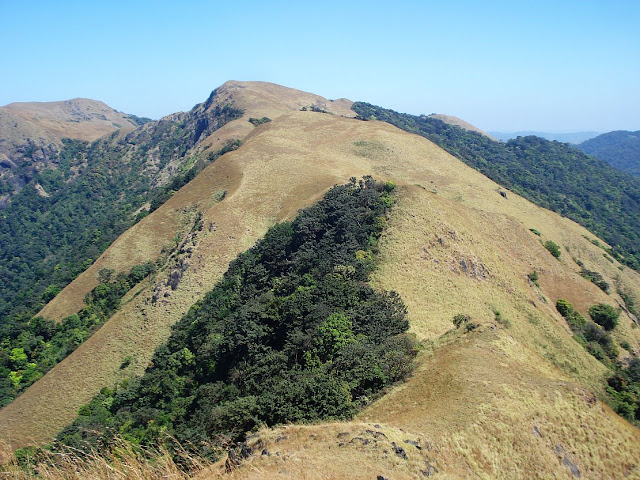 Later I relaxed under a rock for few minutes and enjoyed an extremely rare and grand view of Mugilgiri and the surrounding evergreen valley.  So we all came out successful in our own way.  Once we were all back together, we finally got down off the ridge-line &walked non-stop for 4hours and finally we reached base camp. 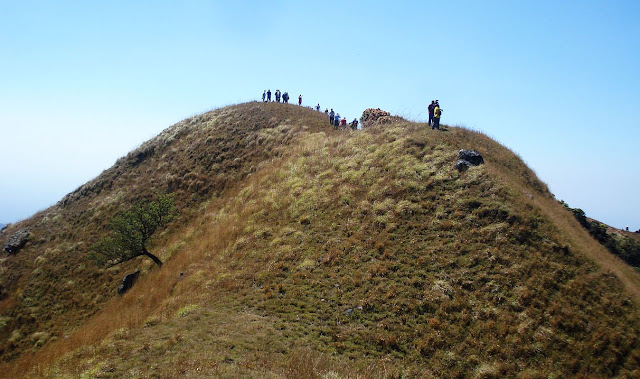 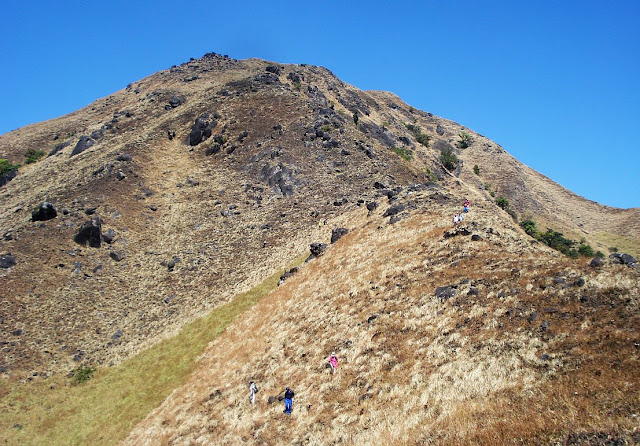 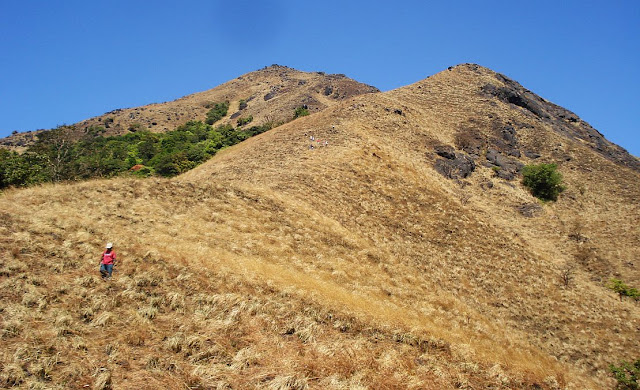 Evening we had a great time in KempuHole River & night after a small complimentary program had nice dinner. In this short span of time I got great friends nice memories with them when all departing I felt little poignant I missed people from my past…. Places… time… memories… I can relate to everything I left behind…. And touch-wood I feel blessed because whenever I looked back I find beautiful memories in every trip. Thanks for the Mnagalore YHA to inviting me such a great program. 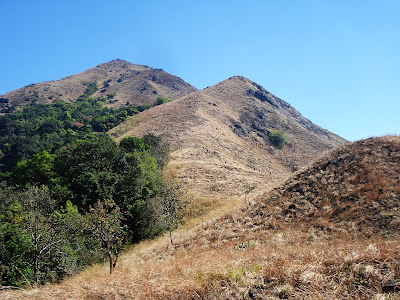 The hills are already dry and fire has taken a big toll.